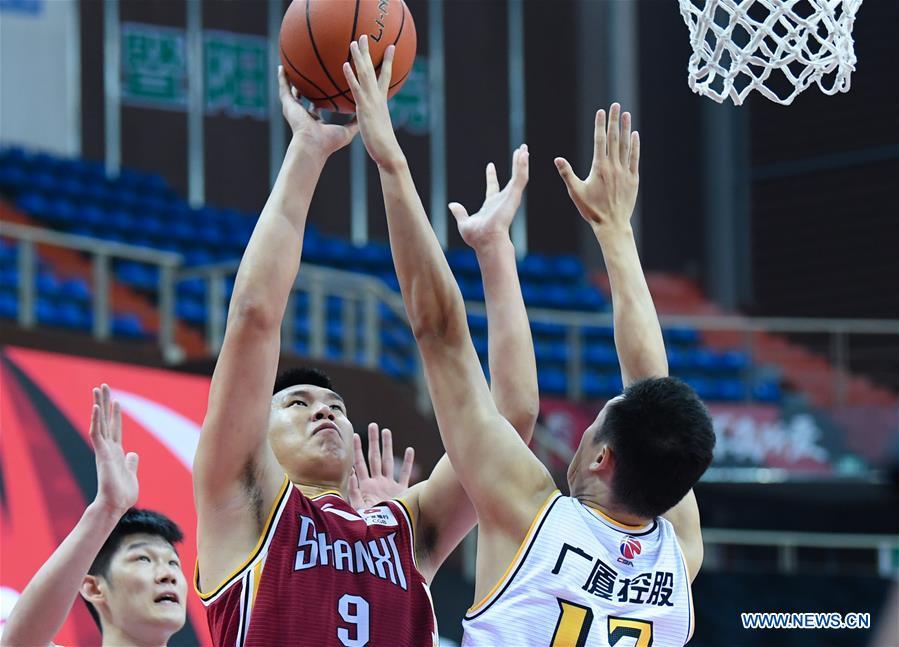 Yan Pengfei (C) of Shanxi Loongs goes up for a basket during the 6th round match between Zhejiang Lions and Shanxi Loongs at the 2020-2021 season of the Chinese Basketball Association (CBA) league in Zhuji, East China's Zhejiang province, Oct 29, 2020. (Photo: Xinhua)

ZHUJI, China - The Shanxi Loongs snapped a three-game losing streak after a 113-103 win over the Zhejiang Lions in the sixth round of the Chinese Basketball Association (CBA) league here on Thursday.

Guard Sun Minghui and forward Zhao Yanhao from Zhejiang were unavailable for the match, but the Lions still jumped out to a 16-6 lead early in the first quarter. Shanxi bounced back with an 11-0 run after center Xing Zhiqiang made a three-pointer at the buzzer to tie the game at 31-31 at the end of the first quarter.

Radulica scored 12 points in the second quarter, giving the Lions a 54-53 lead at the halftime break.

Forward Ren Junwei made all four attempts and Jamaal Franklin dished out six assists in the third quarter, helping Shanxi storm to a 34-22 run and a lead of 87-76 going into the last period.

Zhejiang once cut the deficit to four points after Li Jinglong made a three-pointer, but it was too little too late as Shanxi claimed an ultimately comfortable victory.

"Our players tried their best in the game, but we didn't play well in the third quarter. After our rivals obtained a 10-point advantage, the game was hard to win," Zhejiang Lions head coach Li Chunjiang said.