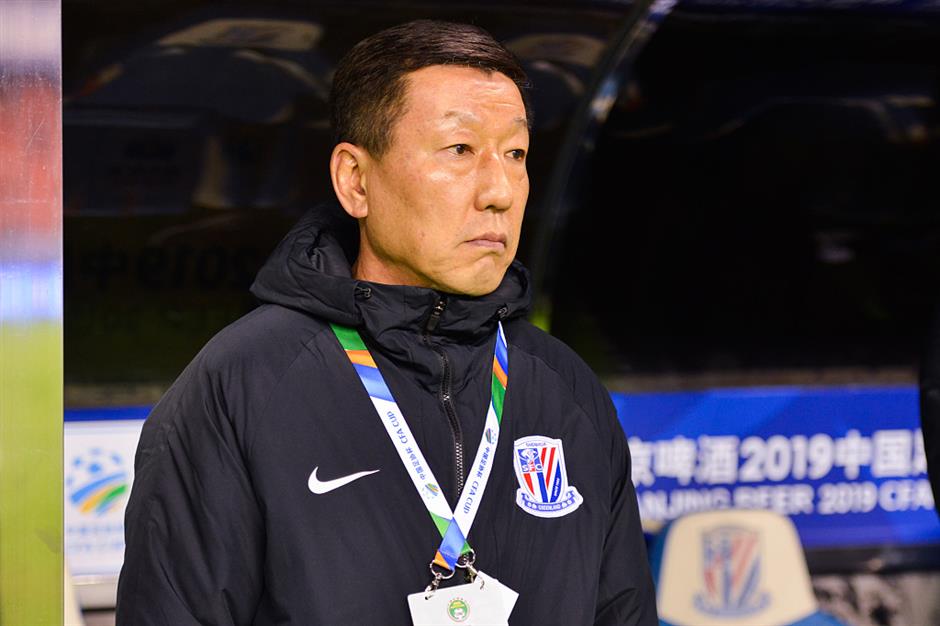 Shanghai Greenland Shenhua is holding a training camp to prepare for the coronavirus-delayed new season of the Chinese Super League, which head coach Choi Kang-hee expects to kick off in the middle or end of June.

With the COVID-19 pandemic petering out in China, all CSL sides have began to prepare for the 2020 campaign though its start date remains undecided.

"We suppose the CSL could start in the middle or end of June. We are making preparations for that," Choi was quoted as saying by a Chinese television channel on Saturday.

Shenhua held a preseason training camp in January before the novel coronavirus outbreak, forcing the delay of the CSL new season, which had originally been scheduled to start on February 22.

"We did some physical fitness training in January. And last week, when our players came back from holidays, we started over again on the fitness training," the South Korean coach said.

"We have to keep the players in good shape for the new season," he added.

The players are also finding it hard as they prepare for an uncertain campaign.

Meanwhile, Dutch top-flight club FC Utrecht is preparing for legal action to fight the Royal Netherlands Football Association's decision to cancel the remainder of the league season and allocate places in next season's European competitions based on the standings when play was halted by the coronavirus crisis.

Utrecht likely will not be alone in challenging the decision that also said there would be no relegation and promotion between the country's two top leagues.

The Netherlands was the first top-tier European league to cancel the remainder of the season. Neighboring Belgium could also end its season at a meeting on Monday.

Cambuur Leeuwarden, leader of the second-tier Keuken Kampioen division, is furious that it was denied promotion.

"I can't understand it," said the club's director, Ard de Graaf. "It feels very unjust." He said the club was considering its position.

Utrecht owner Frans van Seumeren told local broadcaster RTV Utrecht on Friday night that his club will "use all the lawyers we can" in a bid to overturn the decision.

When the season was canceled, Utrecht was sixth in the Eredivisie, three points behind fifth-place Willem II, which occupied the last Europa League spot. However, Utrecht played one game less and had a superior goal difference. It also had reached the final of the KNVB cup competition.

AZ Alkmaar, which ends the season level on points with Ajax but second due to an inferior goal difference, also is unhappy about the decision which would see Ajax enter the UEFA Champions League at a later stage than AZ.

UEFA said on Thursday it would support a "different format" being used to decide leagues, potentially opening the door to systems like playoffs. It also said it wanted UCL and Europa League spots allocated on "sporting merit."

The KNVB also said that Ajax, while it officially finishes in top position, will not be crowned champion.

That was tough to take for playmaker Hakim Ziyech, who is joining Chelsea next season.

"I think everybody around Amsterdam had hoped for another ending," he said in an interview on the club's website. "But sadly, that's not the case."