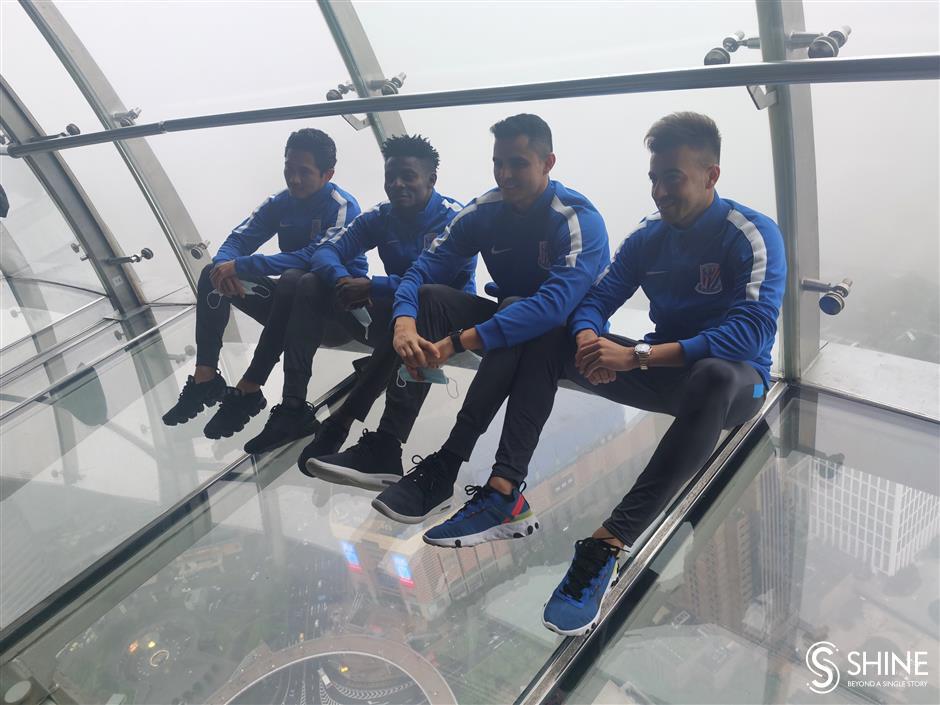 Shanghai Greenland Shenhua announced three new signings, including old acquaintance Obafemi Martins, as the team gears up for the 2020 Chinese Super League season, which kicks off in 10 days.

Martins first joined Shenhua in 2016, scoring 32 goals in 59 appearances in all competitions over 2-1/2 years. The former Inter Milan striker then picked up a hamstring injury in an AFC Champions League match in 2018, and left the club at the beginning of last year.

“I had been bothered by injuries. It’s a good feeling to come back to a team I’m familiar with,” said the 35-year-old Nigerian, who becomes the club’s fifth foreign player and will continue to wear the No. 17 jersey.

Shenhua did not say how long Martins' new contract is for but he helps replace fellow Nigerian striker Odion Ighalo, who is on loan at Manchester United.

The other two newcomers are striker Yang Xu and goalie Ma Zhen. Both were Tianjin Tianhai players before the club was dissolved due to financial crisis earlier this year.

As a team tradition, Shenhua players, coaches and officials visited the landmark Oriental Pearl TV Tower in Pudong on Wednesday on a good-luck wish trek. The Chinese tradition of “climbing high” represents a wish to achieve heights in life and career.

“I’m very confident about the team’s squad this year,” said club president Wu Xiaohui. “We have nine experienced players over the age of 33, and six to seven under-23 players. The veteran players can keep the team stable while helping the younger players grow.”

As the 2019 CFA Cup winner, Shenhua will join CSL defending champion Guangzhou Evergrande in Group A for group-stage competitions in Dalian, northeast Liaoning Province. Other Group A teams are Jiangsu Suning, Shandong Luneng, Henan Jianye, Dalian Pro, Guangzhou R&F and Shenzhen FC. Shenhua will take on Evergrande in the season-opener behind closed doors on July 25.

Shenhua will play a friendly with Beijing Guoan on Friday before South Korean head coach Choi Kang-hee decides on the team’s player entry list for the season.

Wuhan Zall, the club from the coronavirus epicenter, will also play on the opening day of the delayed season in a symbolic start, taking on newly promoted Qingdao Huanghai.

Meanwhile, Brazilian media reported earlier this week that SIPG captain Hulk said he did not intend to extend his contract with the club after the 2020 season. SIPG is yet to respond.