Simulator racing could contribute to esports’ embrace into multisport events 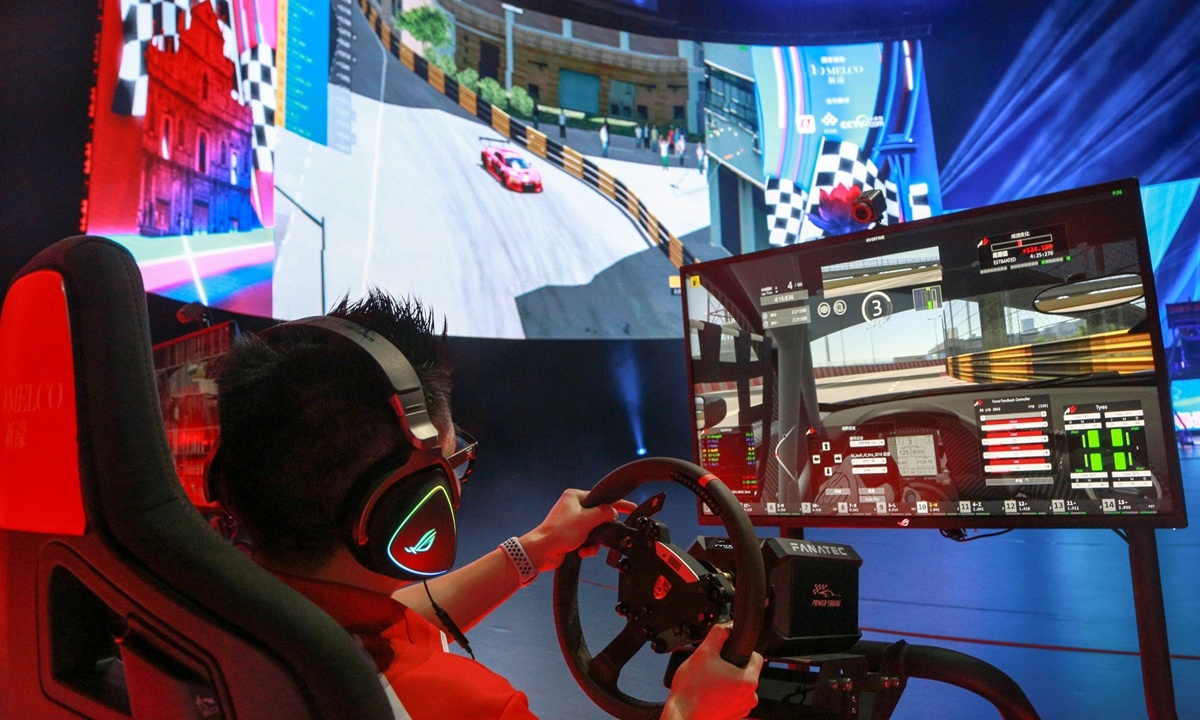 The event, which hosted thousands of esports racing enthusiasts from the Greater Bay Area, saw racers drive to compete on a famed but virtual street circuit - Guia, the racing track of the Macao Grand Prix.

Due to COVID-19,­ it has been advised that traditional large-scale sporting events not be hosted, as they attract fans from all walks of life, posing a threat for spreading the coronavirus.

Therefore, having such virtual races not only boosts esports popularity, but also makes a positive impact offline on the Macao Grand Prix.

The SRGP tournament was launched in late September with online races and satellite events in Guangdong's Jiangmen, Guangzhou and Zhuhai, along with those in Hong Kong and Macao, with the finals staged in Macao last weekend.

Racers in the simulator event were mainly from the Greater Bay Area, as the organizers hoped it could act as a communication platform for young people in the region.

With esports - which aims to be an Olympic sport in the future - listed as a competitive sport to be held during the 2022 Asian Games in Hangzhou, East China's Zhejiang Province, it is expected that esports will have more and more competitive participants in the near future.

For esports competitions based on games not set in reality, it is more difficult to take center stage at traditional multisport events where physical sports are much more popular currently. However, esports based on physical sports like football, basketball and racing arguably have the upper hand in attracting new interest, as they combine traditional sports and online competition.

The International Olympic Committee earlier this month encouraged all international sports federations "to embrace both the physical and non-physical virtual forms of their respective sports, with a focus on regulating fair competition, respecting the values of sport in these virtual forms, and reaching out to new ­audiences."

But in gaming, it used more evasive words, by saying "contact would be maintained with gamers as a gateway to promoting physical activity and the values of sport to young generations," indicating there is still a long way to go for pure gaming to reach the Olympic standard.