Some NBA clubs allowed to test players for virus: report 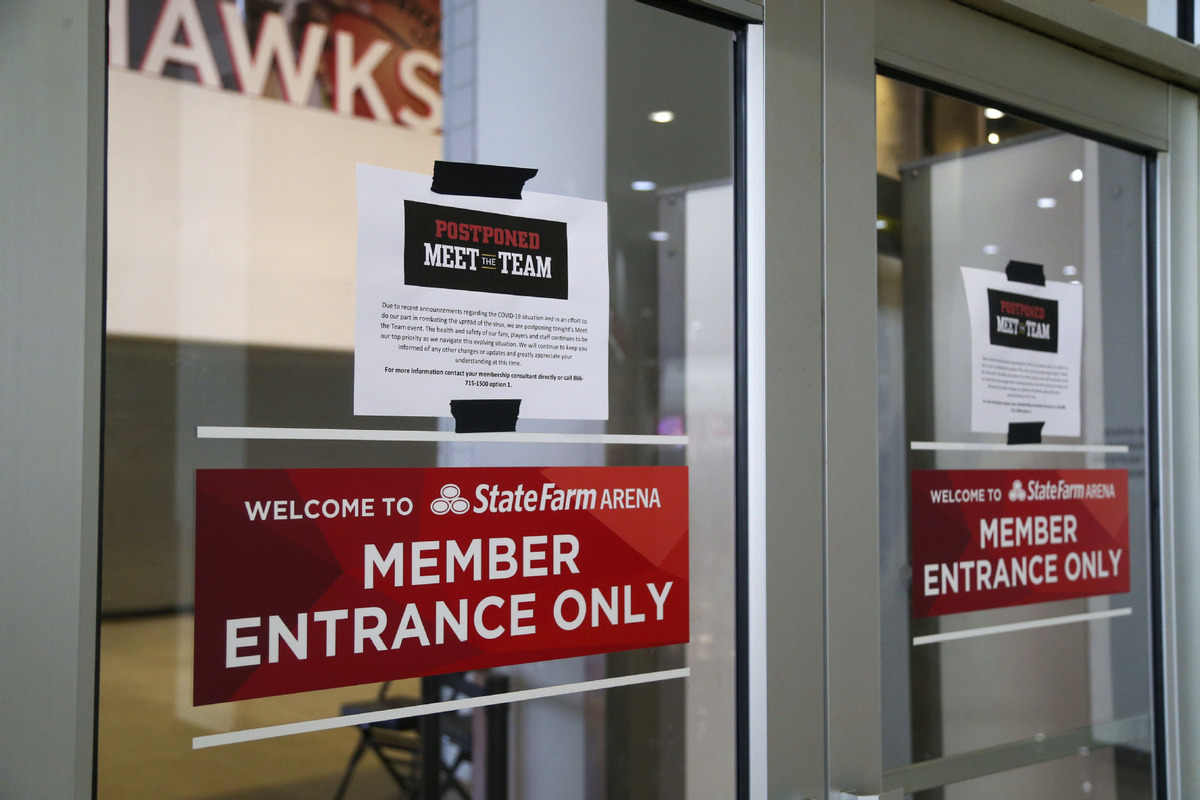 Detailed view of signs highlighting the suspension of the NBA season at State Farm Arena where a game between the Cleveland Cavaliers and Atlanta Hawks was cancelled due to the COVID-19 Coronavirus in Atlanta, Georgia, US, Mar 14, 2020. [Photo/Agencies]

NBA teams in areas where coronavirus testing is available for health care workers can test players and staff, marking another small step on the path to resuming play, ESPN reported Friday.

Unnamed sources told the sports network that the league would offer a limited exemption to its ban on tests of asymptomatic players and staff if local authorities confirm a "robust" test program for at-risk health care workers.

That would permit some teams to begin tests when players report to team facilities for individual workouts, a move the NBA allowed starting Friday in areas where lockdown rules have been eased to allow it.

The Orlando Magic have approval from the NBA to begin testing players for the deadly virus after getting written approval from area health officials, according to the report.

The Los Angeles Lakers and Los Angeles Clippers are expected to be among the other teams allowed to test players for COVID-19, according to the report.

The first small step toward resuming the 2019-20 NBA campaign that was shut down March 12 came Friday when players were allowed to report to team facilities for individual workouts, with members of the Cleveland Cavaliers and Portland Trail Blazers taking advantage of the opportunity.

Safety protocols were in place at team facilities, including taking temperatures of players and masks required when they are not on the court for a one-hour session.

Testing could allow some teams to feel more secure about safety concerns at facilities and encourage more players to participate, with more teams able to offer tests as the availability of testing grows in areas across the United States and in Toronto, the Canadian home of the NBA champion Raptors, who begin solo workouts on Monday.