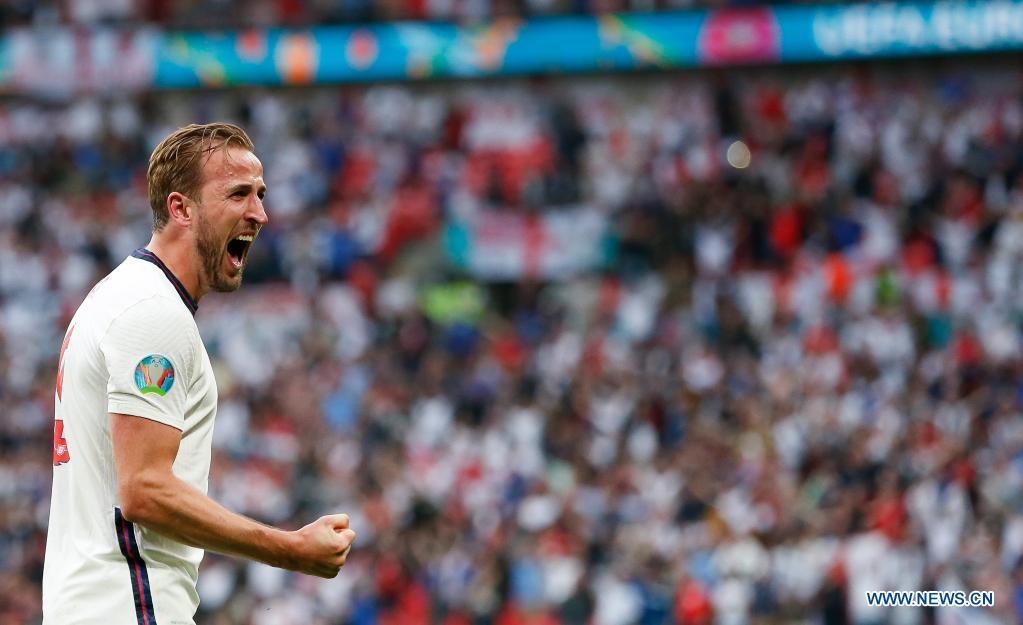 England's Harry Kane celebrates after the round of 16 match between England and Germany at the UEFA EURO 2020 in London, Britain, on June 29, 2021. (Photo: Xinhua)

Eliminated in the 1970, 1990 and 2010 World Cups by Germany, England beat its old nemesis with second-half goals from Raheem Sterling and Harry Kane in Wembley.

"It didn't really need me to say it, but when we got in the dressing room, we were talking about Saturday already," Southgate said.

"It was an immense performance but at a cost, emotionally and physically, and we've got to make sure that we recover well and that mentally we're in the right space.

"It's a dangerous moment for us. We'll have that warmth of success and the feeling around the country that we've only got to turn up to win the thing.

"We know it's going to be an immense challenge from here on. I think the players know that."

England will take on Ukraine in Rome on Saturday.

If England makes it to the semifinals, it would face Denmark or the Czech Republic at Wembley.