SPORTS Spain rules out La Liga return before summer, Italian Serie A could restart in June

Spain rules out La Liga return before summer, Italian Serie A could restart in June 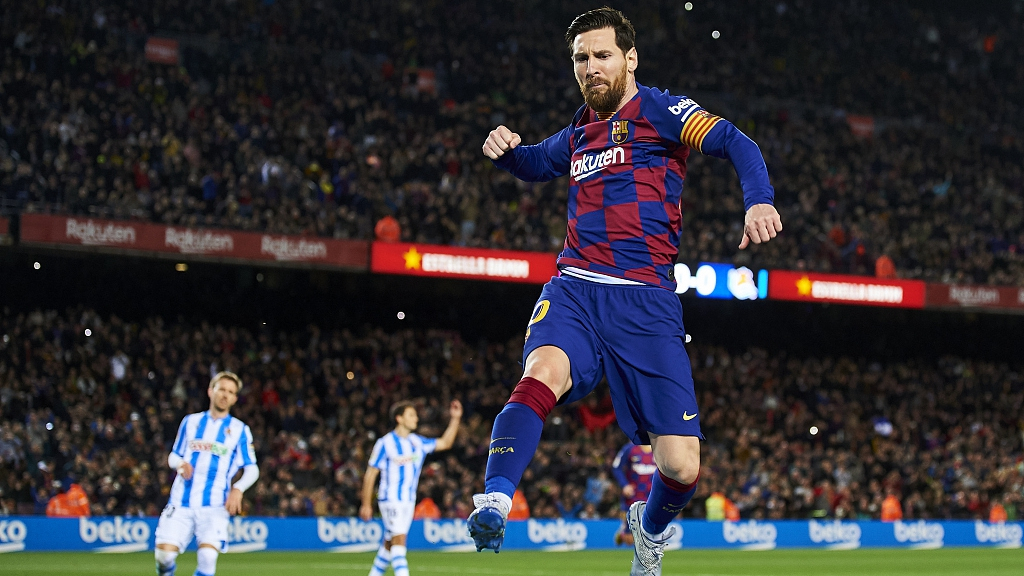 Lionel Messi in action during the Liga clash between Barcelona and Real Sociedad at Camp Nou, Spain, March 7, 2020. /VCG

Lionel Messi in action during the Liga clash between Barcelona and Real Sociedad at Camp Nou, Spain, March 7, 2020. /VCG

The Spanish government set out its criteria on Sunday for a slow return to normalcy, as the number of overnight COVID-19 deaths in the country dropped to 288, the lowest for more than a month. But football is not coming back anytime soon, according to Spain's health minister Salvador Illa, who has the final say in authorizing the return of sporting activities.

"It would be reckless for me to say now that professional football will be back before the summer," Illa told media at a news conference. "We will continue to monitor the evolution of the virus, and the guidelines we will present will indicate how different activities can return to a new normalcy."

Spain's La Liga has been put on hold since March 12 due to the coronavirus pandemic. La Liga president Javier Tebas previously said he was convinced the season would be completed and has given three potential restart dates: May 29, June 7 or June 28. 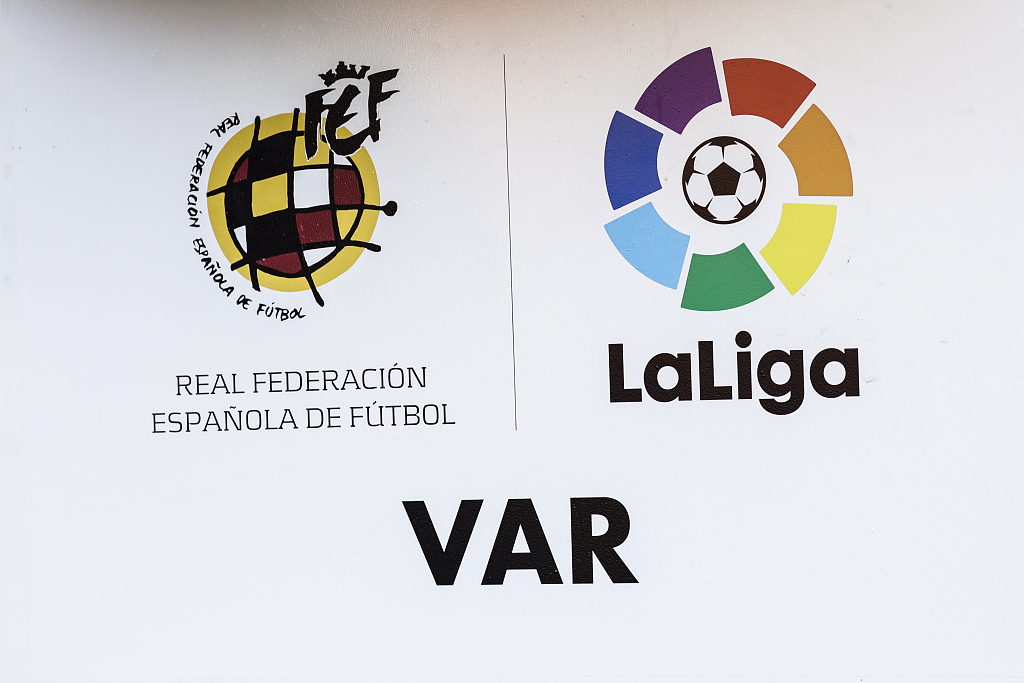 La Liga announced the indefinite suspension of professional football in Spain due to the coronavirus pandemic in March. /VCG

La Liga announced the indefinite suspension of professional football in Spain due to the coronavirus pandemic in March. /VCG

But Illa was careful not to set any specific date for a restart and pointed out that La Liga's plans to provide daily COVID-19 tests for players still requires government approval.

"The tests must be put at the disposition of regional authorities, no matter what type of test they are," Illa said. "And it will be for them to decide. We must have a common strategy. All of us must pull in the same direction."

Illa also urged people to remain vigilant. "Things will not be like they were before. Until we get a vaccine, we're going to have to learn to live with this virus, which I insist is dangerous, and we cannot afford to show it a lack of respect," he said. 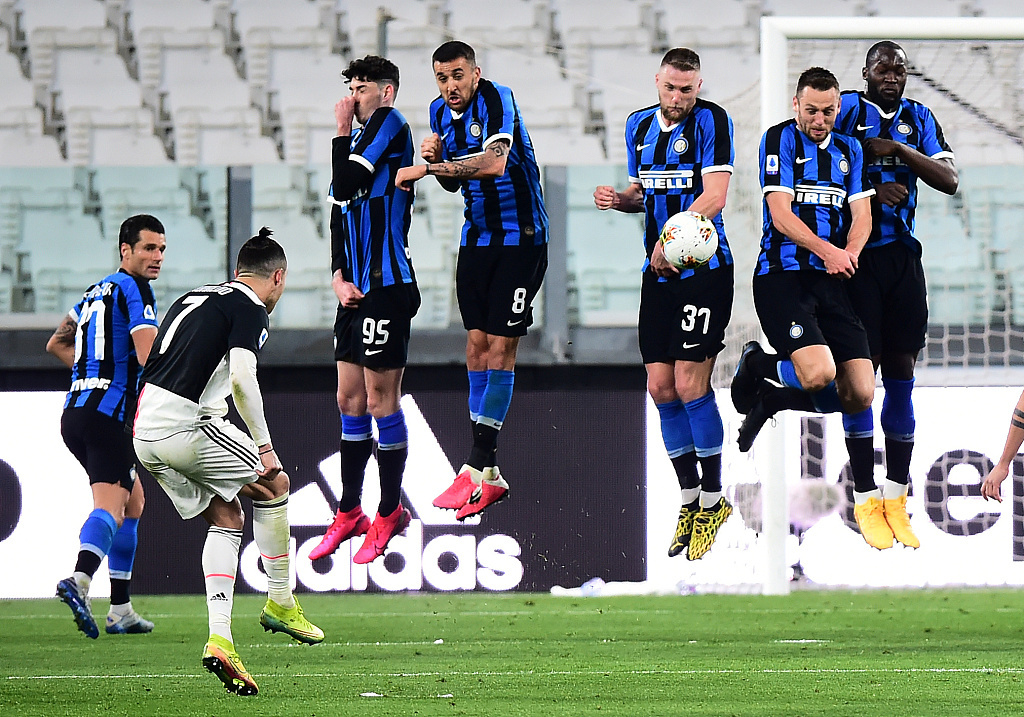 Cristiano Ronaldo shoots at goal from a free kick during the Serie A clash between Juventus and Inter at Allianz Stadium, Turin, Italy, March 8, 2020. /VCG

Cristiano Ronaldo shoots at goal from a free kick during the Serie A clash between Juventus and Inter at Allianz Stadium, Turin, Italy, March 8, 2020. /VCG

Meanwhile, in Italy, the country's prime minister Giuseppe Conte announced on Sunday that professional sports teams can resume training on May 18, paving the way for the resumption of the Serie A in June if everything goes well.

Serie A has been suspended since March 9, and there are 12 full rounds and four outstanding fixtures still to play. Conte did not set a date for the Italian topflight to resume, but said sports minister Vincenzo Spadafora would "work intensively with scientists and sports leaders to ensure training was safe."

"Then we will try to see if they can continue with the championships that are suspended. We will only reach this conclusion if it can be guaranteed that it is safe. We don't want our athletes to get sick," Conte said.

Italy was the first European country to impose a lockdown in March. The strict measures have been seen as an effective tool to halt coronavirus infections as the country reported 260 new deaths on Sunday, the lowest daily toll since March 14.

"Being a football fan like so many Italians, at the start it seemed strange to me that the season could be interrupted and suspended," Conte said. "But, obviously, we found ourselves involved in this health, social and economic emergency. And I think everyone, even the most ardent fans, understood that there wasn't any alternative." 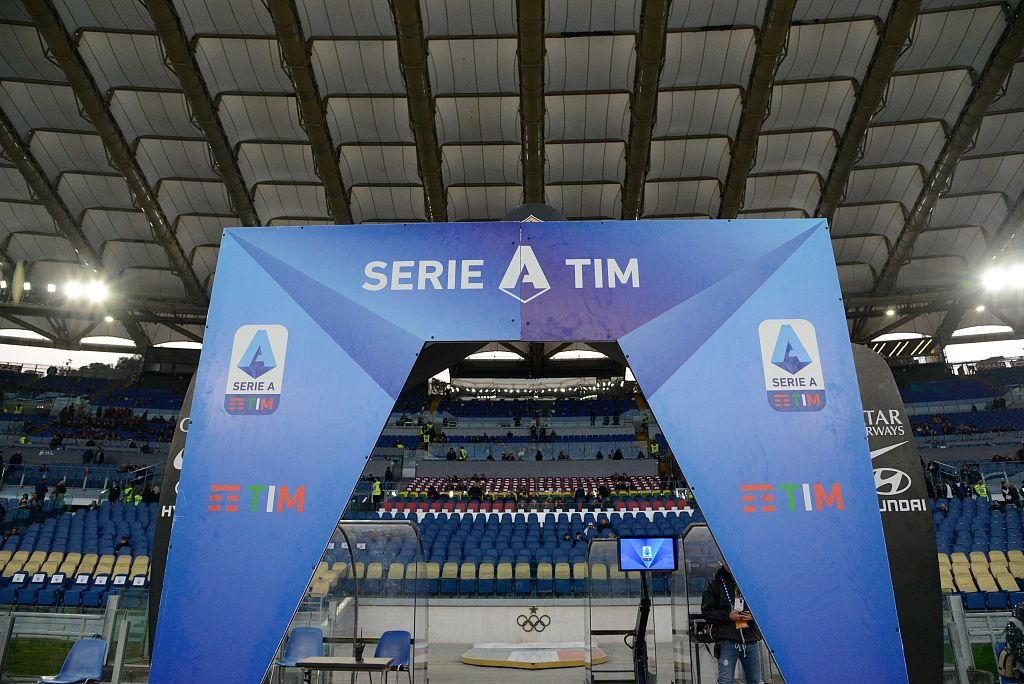 Italy is the first European country to be hit hard by COVID-19, and Serie A has been suspended since March 9. /VCG

Italy is the first European country to be hit hard by COVID-19, and Serie A has been suspended since March 9. /VCG

Conte warned that football would resume with the maximum precautions. "We're big fans of sports, and we want well for all of our idols," he said. "We certainly don't want them to get sick."

The Italian Football Federation (FIGC) announced on Thursday that the 2019/20 Serie A campaign will be extended until August 2. It hopes to begin testing players for the coronavirus at the start of May to allow for a safe return to training and has already drawn up a medical protocol.

According to Italian media outlet Corriere dello Sport, Serie A clubs will donate five COVID-19 test kits for every one they use once they start training.

The move is seen as a clear response to mounting public criticism that football players in Italy could receive preferential treatment and strain limited resources such as testing kits if they are allowed to return to action.