SPORTS Speedster Yang happy to mix it up

Speedster Yang happy to mix it up 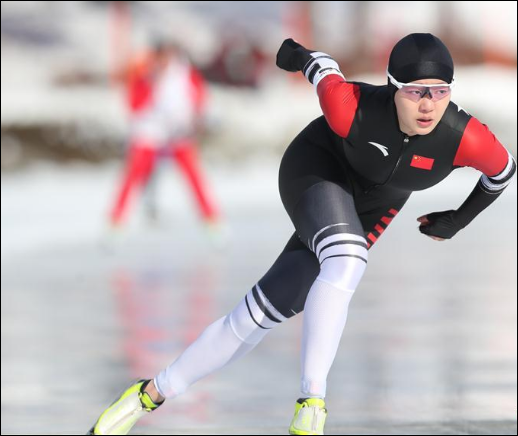 With a 1,500m bronze medal already in the bag, China's Yang Binyu relished the chance to compete alongside skaters from other countries.

The effervescent 17-year-old, who has impressed media and coaches alike with her excellent English-speaking skills, was teamed with Carla Alvarez Fernandez of Spain, Filip Hawrylak of Poland and Nuraly Akzhol of Kazakhstan in the mixed team event, which debuted at the 2016 Youth Winter Games in Lillehammer, Norway.

They finished 13th on the natural ice rink of Lake St. Moritz, with Yang admitting the cross-nation race was a worthwhile experiment.

"The actual result is not as important as other competitions, obviously. What's interesting is racing together with new teammates from different countries," said Yang.

After being informed of the team draw on Monday evening, Yang trained with her new teammates on Tuesday with a temporary coach from Russia.

"The Russian coach did not speak much English but I think I could understand him with the help of translators, sometimes by gestures," Yang said. "I talked to other teammates to figure out things like who will lead the first 300 meters, or who is going to break the wind for others."

In the mixed team sprint, the female skaters usually lead the first two rounds before the men rush to the finishing line.

"All the teammates are at different levels so we have to help each other and formulate a good strategy," said Yang. "We really enjoyed the run."

Yang has also reveled in the camaraderie of the athletes' village in St. Moritz, where she took the opportunity to make friends by playing table tennis and pool.

"I'd say hello to them and ask them which sport they participate in and how the competition was going. I've learned the fun parts of other sports like skeleton, luge and bobsled, which sounds very challenging and risky. I can somehow ski but at the beginner level," said Yang, who was proud to beat all-comers in ping pong.

"Nobody can beat me, men nor women," smiled Yang. "I'm always the winner on the table games."

In a further bid to encourage competitors to mingle, the Lausanne 2020 organizing committee launched a mobile app during the Games called "Pinquest", which challenged athletes to answer questions about winter sports. Yang said the app also helped to break the ice between the different nationalities.

After the Games, Yang plans to take a short rest before going for more glory at next month's 14th National Winter Games in Inner Mongolia.