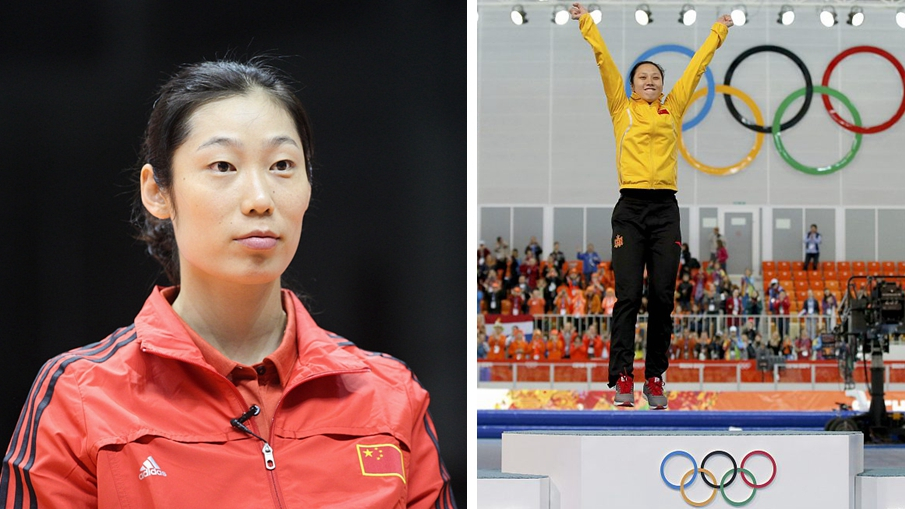 Another awardee from sport is first-ever Chinese Olympic speed skating champion Zhang Hong. Aged 32, Zhang is also one of the youngest members of the International Olympics Committee.

The award, jointly presented by the All-China Youth Federation and Chinese Communist Youth League, is the highest honor for youths from all walks of life and all corners of the country.

Standing at 195 centimeters, the 25-year-old was hailed as the "pillar" of the team by the website of Chinese Communist Youth League.

But Team China's captain said she received the award on behalf of the team, claiming the award was also a major encouragement to her.

"Our coach Lang Ping always reminds me that we are a team, everyone cannot make progress without the cultivation of the group no matter who she is," Zhu said.

"Others who receive the award are all the young people making contributions to the construction of our country, which makes me further recognize the significance of playing hard to win honor for the country," she added.

Zhu admitted she was a little upset after the Tokyo Olympic Games were pushed back 12 months due to the outbreak of the COVID-19.

"The postponement is a problem to all the teams, but it may turn into an opportunity depending on whether you can cope with the change and seize it to strengthen points of weakness," she added.

She also disclosed that the team has been training behind closed doors.

Next Monday marks the 101st anniversary of the May 4 Movement, a patriotic campaign that started from universities and was launched in 1919 by young Chinese to fight imperialism and feudalism.

May 4 was later established as Youth Day in 1949 by the Chinese government.