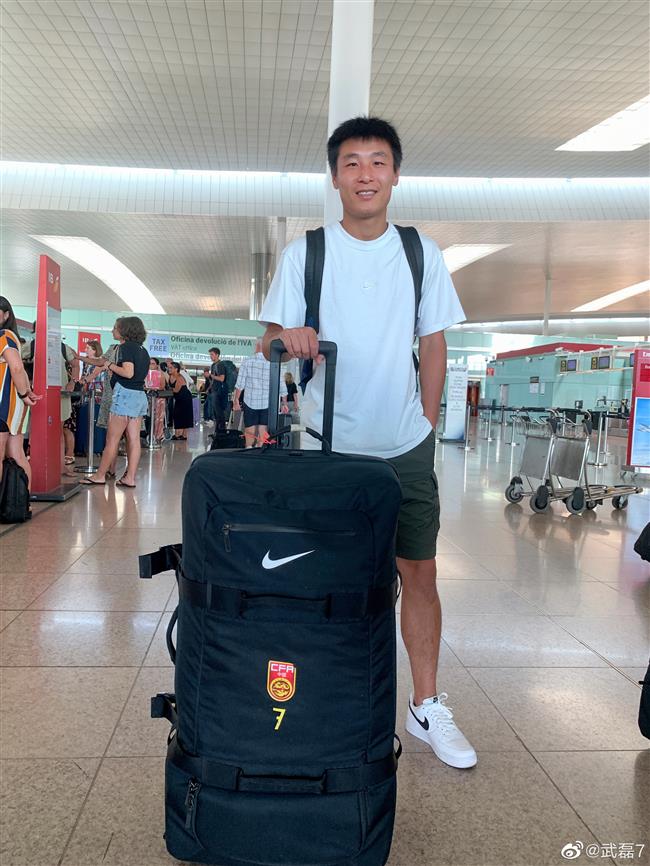 Wu Lei posts a picture showing him checking in at a Madrid airport for the journey back to China on his Weibo yesterday.

Wu will serve out a mandatory seven-day quarantine and three-day home isolation before he joins up with Shanghai Port, the Chinese Super League side he left in early 2019 for Espanyol.

The 30-year-old striker posted two pictures on social media on Tuesday showing him checking in at a Madrid airport for the journey back to China.

"It is to start anew instead of starting over," he wrote above the pictures.

After his return, the first game Wu Lei could play for Shanghai Port is at Henan Songshan Longmen on September 3, but his fitness is a doubt as he did not participate in Espanyol's pre-season training camp, or travel with the squad for a friendly in England.

Wu arrived in Spain in January 2019 and scored 16 goals in 126 appearances for Espanyol, becoming the first ever Chinese player to score in La Liga in the process.

Although he was popular with fans of the Barcelona-based club, Wu found himself increasingly on the fringes of the team in the last two seasons, playing just 457 minutes of league football last season and 835 the year before, as the club played in Spain's second division.

The arrival of striker Joselu from Alaves in the summer further reduced Wu's chances of playing this season.