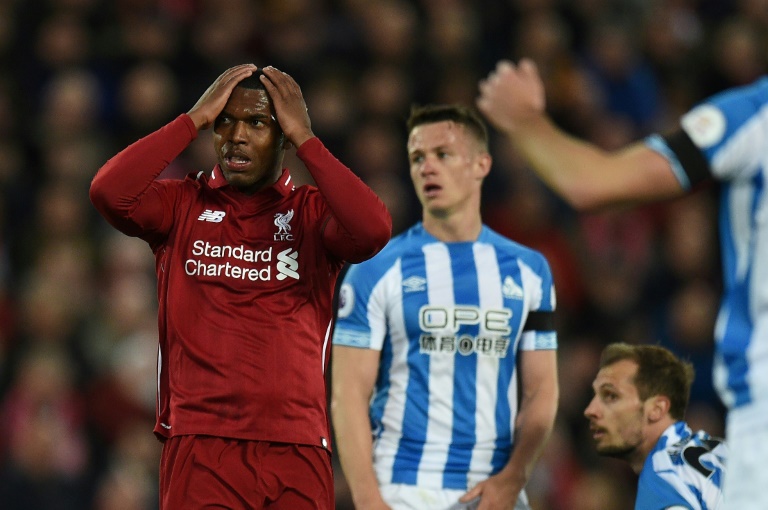 Former Liverpool striker Daniel Sturridge has been banned from football for four months due to breaches of betting regulations. (Photo: AFP)

Former Liverpool striker Daniel Sturridge has been handed a worldwide four-month ban from all football-related activity for breaching betting regulations.

The suspension comes after the English Football Association won an appeal against a two-week ban and £75,000 ($95,756) fine given to Sturridge in July of last year.

The former England international was accused of passing on inside information on potential transfer moves in January 2018.

Sturridge's contract with Turkish club Trabzonspor was terminated by mutual consent on Monday.

"Daniel Sturridge has been suspended from all football and football-related activity from today until the end of 17 June 2020," the FA said in a statement.

"In relation to the sanction, the Appeal Board agreed with The FA that the penalty originally imposed on Mr Sturridge was unduly lenient and therefore increased his effective playing ban from two weeks to four months.

Sturridge, 30, began his career at Manchester City before moving to Chelsea in 2009.

He enjoyed the best spell of his career at Liverpool after a move to Anfield in 2013.

Sturridge scored 24 goals in the 2013/14 season as part of a prolific front three alongside Luis Suarez and Raheem Sterling as the Reds came agonisingly close to ending a long wait to win the Premier League.

The rest of his time at Liverpool was largely derailed by injury, although he did make 27 appearances last season as Jurgen Klopp's men won the Champions League and missed out on the Premier League by just a point to Manchester City.

Sturridge left the European champions on a free transfer to join Trabzonspor in August.