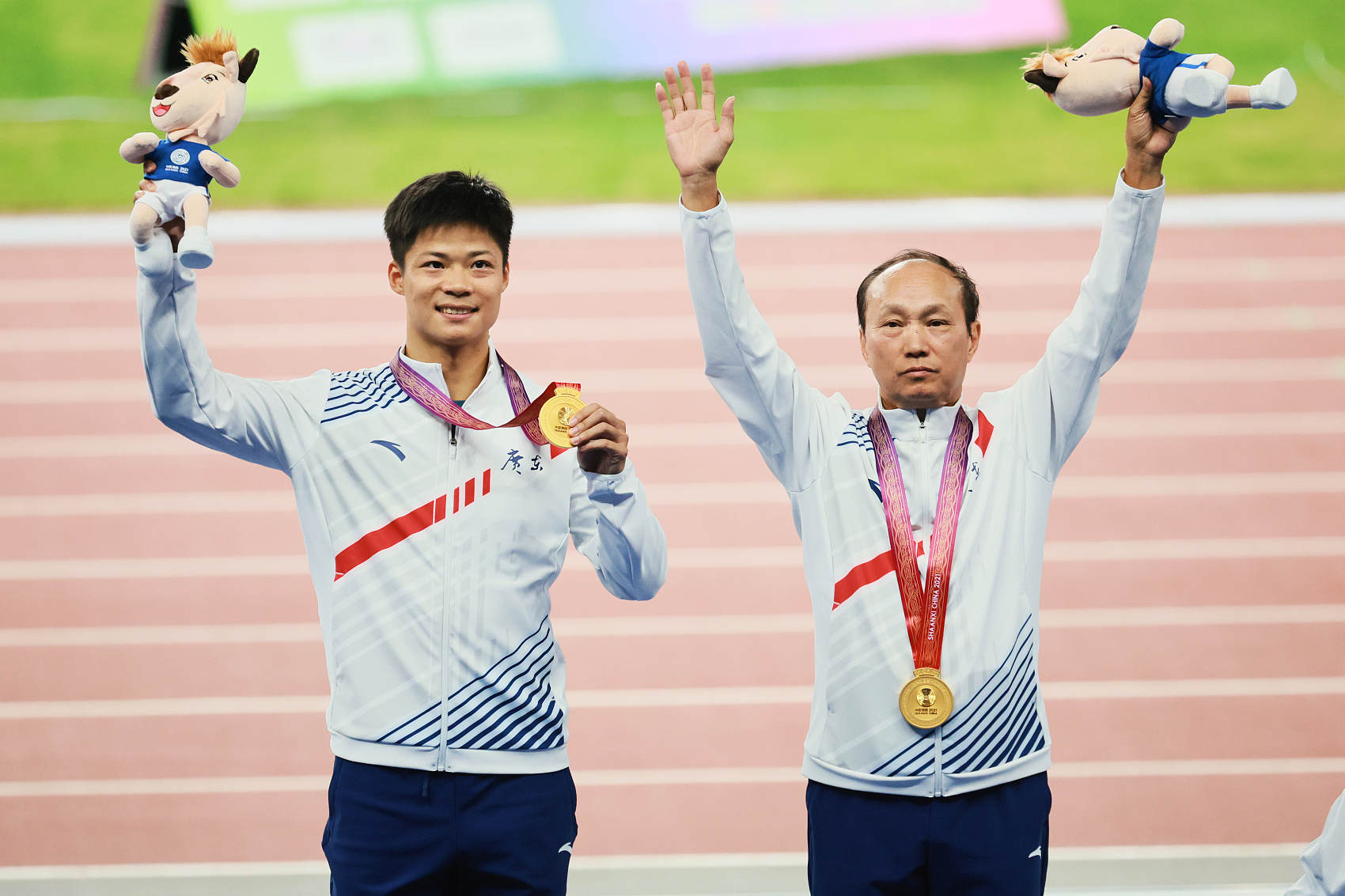 Su, who set an Asian record of 9.83 seconds last month at Tokyo 2020, dipped under the 10-second barrier once again as he clocked 9.95 seconds to win gold for Guangdong Province.

"I knew I could break the 10s barrier again after yesterday's semifinal. I am very happy to make my dream come true, as the National Games is as important as the Olympics to me," said Su.

"It's the first time I've run in front of so many people. I want to say 'thank you' to them and wish them a happy Mid-Autumn Festival. The 9.95 is a gift for them."

Defending champion Xie Zhenye of Zhejiang was second in 10.10 seconds, with Hubei's Wu Zhiqiang third in 10.18.

"I am happy for Su. I don't think he had any pressure to win this title, because he kept showing his capacity this year. His only opponent is himself," said Xie.

Su first participated in the National Games in 2009, finishing runner-up in both 2013 and 2017 editions, and said this year would likely be his final appearance at the Games.

"The next National Games will be held in my home province of Guangdong, but honestly, my chance of competing is slim. So I am grateful for being able to fulfill my dream this time," Su said.