Su Bingtian to make 2020 debut at Meeting Düsseldorf in February 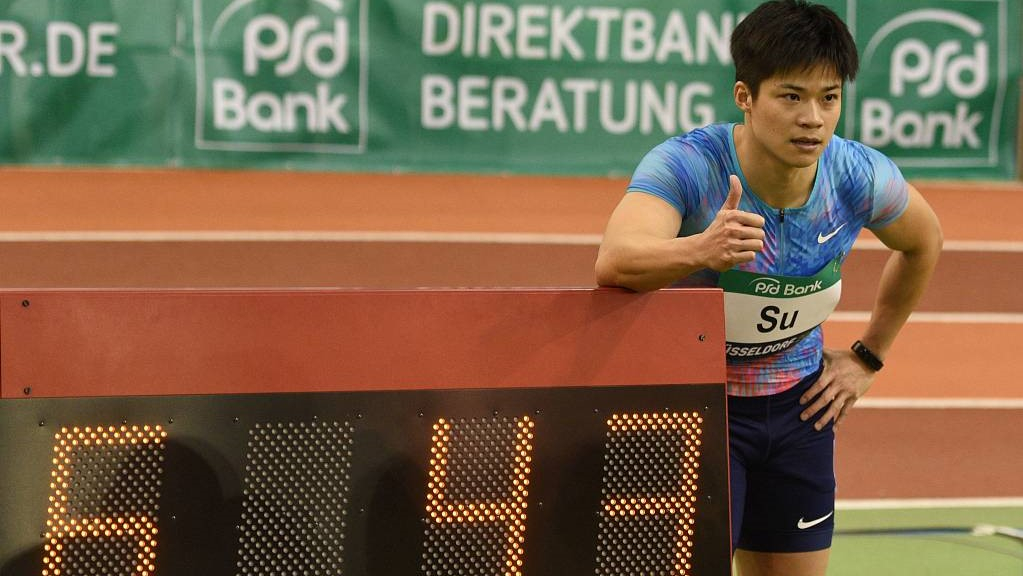 China's ace sprinter Su Bingtian will make his 2020 debut in the men's 60-meter race at the International PSD Bank Meeting Düsseldorf on February 4, World Athletics confirmed on its official website.

Meeting Düsseldorf is the third stop of the World Athletics Indoor Tour and Su is more than familiar with the competition. In 2018, he broke the Asian men's indoor 60-meter record for the third time by finishing the race at 6.43 records. One month later in Birmingham, Su furthered lowered this time to 6.42 seconds and won the silver medal.

In 2019, Su finished Meeting Düsseldorf in 6.49 seconds, his best of the season. However, he was suffering from an injury which hurt his accelerating ability and made him struggle during the second half of last season.

Previously, Su has said that he will decide on whether to participate in this season's indoor events based on the result of his winter training sessions. Given that he is to race in February, he must have done well during training.

Su will be competing against Jan Volko of Slovakia and Julian Reus of Germany in Düsseldorf. Both hold their indoor 60-meter record of 6.52 seconds.

27-year-old Dutch sprinter Dafne Schippers will compete in the women's 60-meter race in Düsseldorf. As a two-time 200-meter gold medalist at the World Championships in Athletics, Schippers is also impressive on the 60-meter track. She has been two-time runner-up in the 60-meter indoor race at the IAAF World Indoor Championships.

In March 2020, Su will attend the World Athletics Indoor Championships in Nanjing, capital city of east China's Jiangsu Province. Considering that world record holder Christian Coleman will not be competing at this event, Su will have a good chance of winning gold and making China as well as all of Asia proud again.