Suns oust NBA champion Lakers in first round of playoffs

The Phoenix Suns, fueled by 47 points from Devin Booker, beat the Los Angeles Lakers 113-100 Thursday to eliminate the reigning NBA champions in the first round of the playoffs. 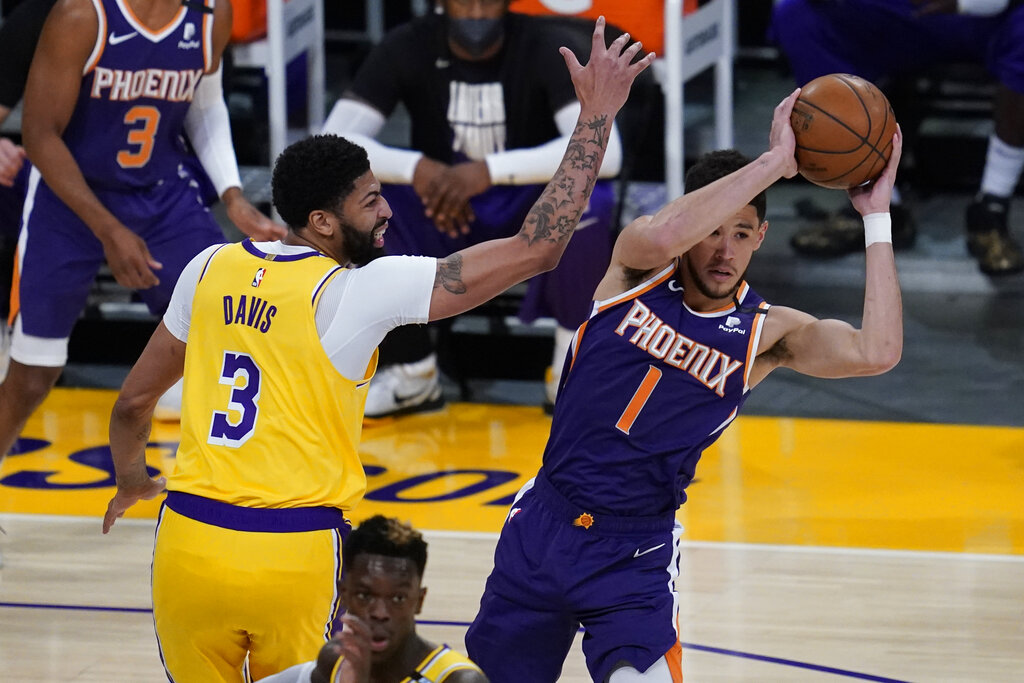 Superstar LeBron James scored 29 points to lead the Lakers, but they were unable to dig themselves out of a 29-point first-half hole and lost the best-of-seven Western Conference series four games to two.