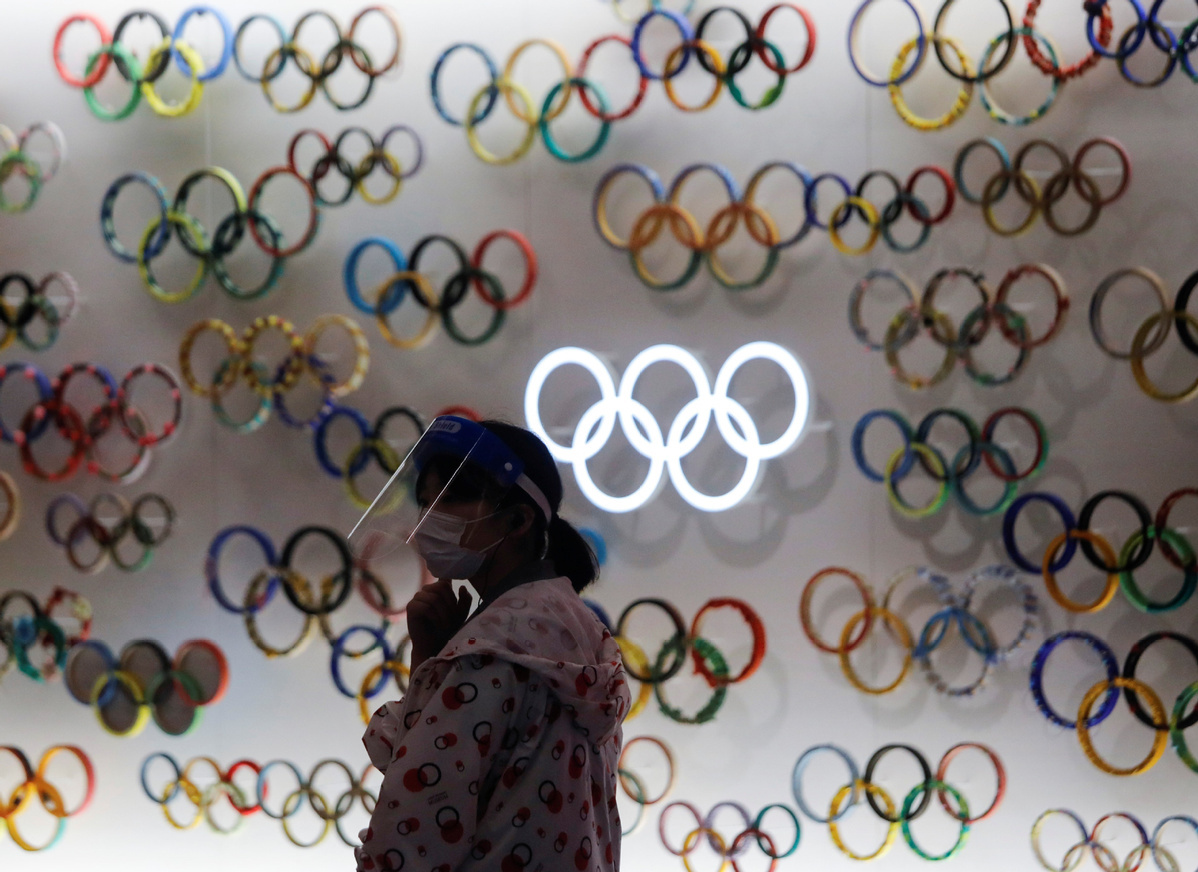 A woman wearing a protective face mask and face shield is seen inside Japan Olympics Museum, a day before the start of the one-year countdown to the Tokyo Olympics that have been postponed to 2021 due to the coronavirus disease (COVID-19) outbreak, in Tokyo, Japan July 22, 2020. (Photo: Agencies)

More than 60 percent of the volunteers for the 2020 Tokyo Olympics and Paralympics are "worried or anxious" about the impact of the coronavirus pandemic on the Games, a survey has found.

Japanese state broadcaster NHK said that 2020 organizers conducted the survey this month and questioned volunteers who will be working mainly at event sites.

About 26,000 out of the 80,000 people who have signed up to volunteer responded to the survey, which allowed multiple answers for each question.

Asked what their main causes of worry or anxiety about the Games were, 66.8 percent said they were concerned how the pandemic will affect the format of the event and how infection preventive measures will be carried out, NHK said.

Thirty-four percent said that they had not had much opportunity to learn about their work because their training had been postponed.

Some commented that they were worried about the risk of infection when they work as volunteers. Others mentioned uncertainty over whether the Games will actually be held.

On Thursday, the organizing committee began asking volunteers if they still want to work at the Games, which have been rescheduled for July 23 to Aug 8, 2021.

The Tokyo metropolitan government on Thursday confirmed a fresh single-day record of 367 new cases of the novel coronavirus.

On Sunday, Tokyo confirmed 292 new coronavirus infections, after cases rose by more than 400 in the past two days, according to NHK. Japan in total reported 1,540 cases on Saturday－the second straight day the number was above 1,500.

Japan has avoided a total lockdown, however Koike said on Friday that Tokyo could declare a state of emergency if the situation deteriorates further.

Koike said last Wednesday that containing the spread of the virus in the Japanese capital is the first step toward the successful hosting of the postponed Olympics and Paralympics next summer.

She also said the Tokyo metropolitan government is holding talks with the International Olympic Committee, Games organizers and the Japanese government to simplify the Games' operation.