Svitolina says she's on the right path for Slam glory 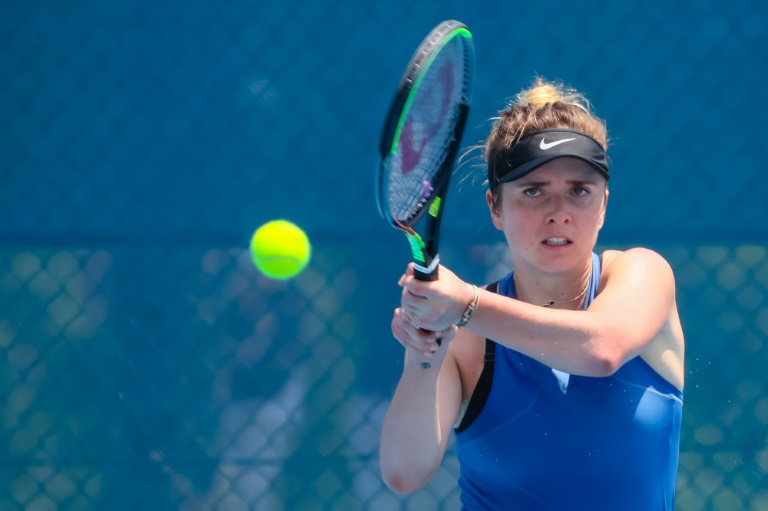 Elina Svitolina of Ukraine insisted she was ready to take the next step after promising so much over the past five years (Photo: AFP)

Elina Svitolina believes the progress she made in 2019 will help her achieve her ultimate goal of becoming the first Ukranian woman to win a Grand Slam singles title.

Speaking ahead of the season-opening Brisbane International, the 25-year-old insisted she was ready to take the next step after promising so much over the past five years.

Svitolina has long been touted as a future major champion, but despite reaching a career-high world ranking of three and winning 13 titles on the WTA tour, until 2019 she had never reached the semi-final stage at a Grand Slam.

However, last year she made the semi-finals at both Wimbledon and the US Open and she said this showed she was on the right path.

"Making semi-finals definitely brought me the belief that I could take one step further," she said.

"I had the chance to play on the biggest stages and that gave me lots of confidence at that particular point."

Svitolina had a mixed year in 2019. Although she also made the decider at November’s WTA Finals, where she fell to world number one Ashleigh Barty, she also failed to win a title for the first time since 2012.

"I think maybe 2019 was tough because there were more sad moments, I would say. But also, it's tough to really understand what's going on because the year is very long," she said.

"You have to lose almost every single week, so you have to take lots of positives somehow, and that's, I think, what I learned from the past year, that you have to stay really positive in even bad moments and try to move forward."

Svitolina has brought former men's number eight Marcos Baghdatis onto her coaching team to assist Andrew Bettles in a bid to give her game an extra dimension.

"As an ex-player he sees the game from his point and it's something different that I was looking for to add into my game," Svitolina said.

"For sure we improved massively with Andy for the past years I've been working with him and he knows me very, very well.

"(But) for me it's important to add the small things that can improve my game and that's what I'm looking for."

Svitolina, who won the Brisbane title in 2018, will open her 2020 campaign against American Danielle Collins.