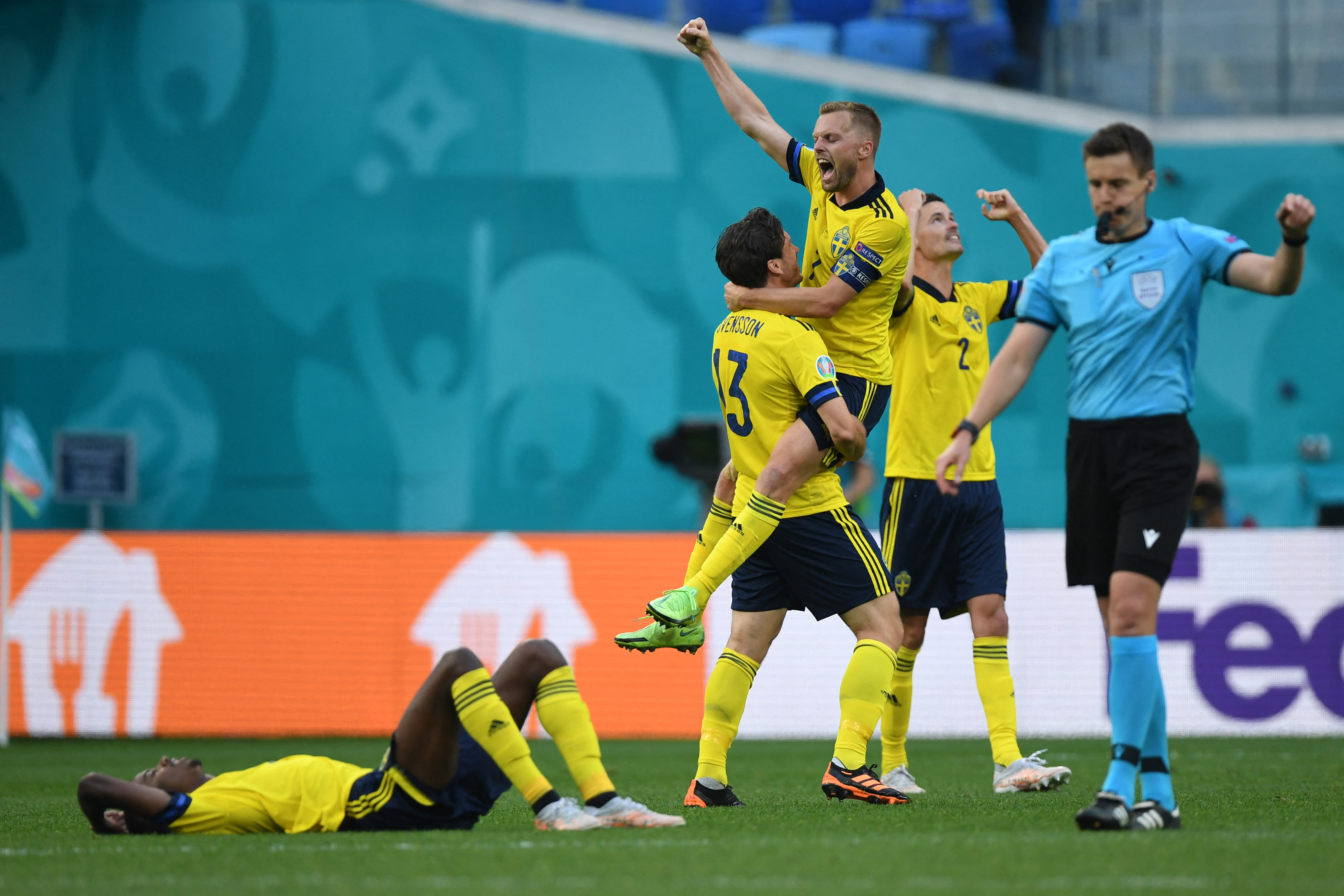 Sweden's players celebrate at the end of the UEFA EURO 2020 Group E football match between Sweden and Slovakia at Saint Petersburg Stadium in Saint Petersburg on June 18, 2021. (Photo: AFP)

Sweden moved top of Euro 2020 Group E on Friday after a 1-0 win over Slovakia which denied their opponents the chance to clinch a spot in the last 16.

Emil Forsberg's 77th-minute penalty earned the win for the Swedes, who lead second-placed Slovakia by one point and with one game remaining are close to making the knockout stages.