Swimmers concerned Olympics will be canceled 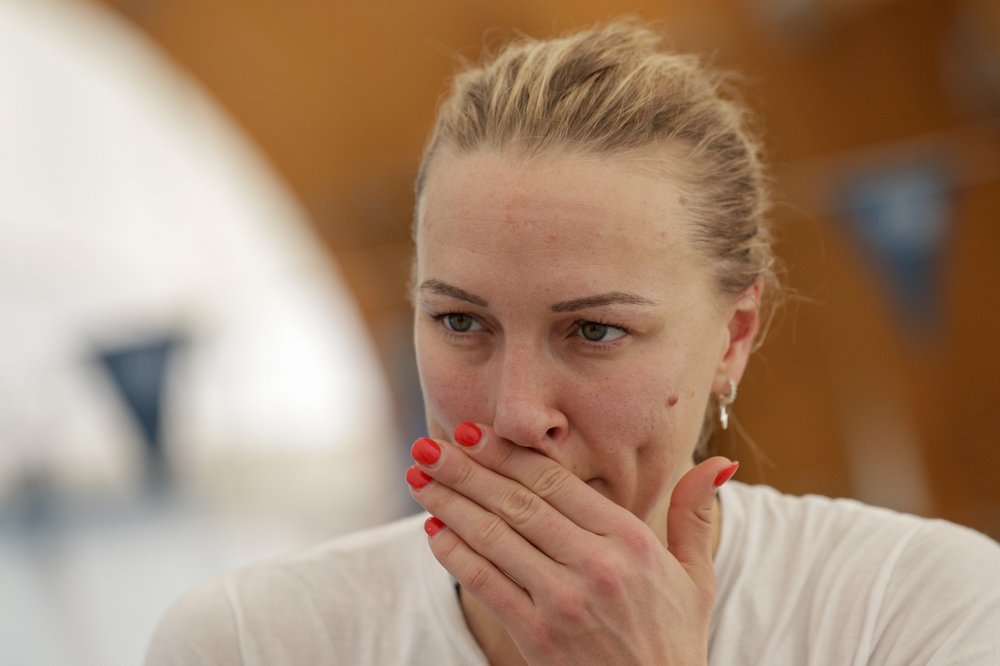 Swedish swimmer Sarah Sjöström listens to questions during an interview with The Associated Press, in Naples, Wednesday, Feb. 26, 2020. (Photo: AP)

If any thoughts were creeping into their minds that the Tokyo Olympics might be canceled because of a viral outbreak, elite swimmers Katinka Hosszú, Chad le Clos and Sarah Sjöström certainly didn’t show it during a strenuous two-hour training session Wednesday.

It was only after the three swimmers — who have won 11 Olympic medals between them — stepped out of the pool that they revealed serious concerns over the fate of the games during a series of interviews with The Associated Press.

“For the athletes, the best (solution) is just to focus on your preparation. ... I see the news, but in my mind, I’m prepared until it’s on. So I have to be ready,” said Hosszú, whose nickname is “The Iron Lady.”

“I really can’t even imagine having the Olympics canceled. For athletes, it’s a nightmare,” Hosszú added. “That’s our life — preparing for the biggest event in swimming.”

Tokyo Olympic organizers and the Japanese government responded Wednesday to comments made by former International Olympic Committee vice president Dick Pound, who said the 2020 Games could be canceled if the virus isn’t contained.

“Our basic thoughts are that we will go ahead with the Olympic and Paralympic Games as scheduled,” Tokyo organizing committee CEO Toshiro Muto said in an abruptly called a news conference. “For the time being, the situation of the coronavirus infection is, admittedly, difficult to predict, but we will take measures such that we’ll have a safe Olympic and Paralympic Games.”

More than 80,000 people have been infected and more than 2,700 killed since the viral outbreak began in China — with the bulk of them in that country. Five deaths in Japan have been attributed to the virus.

The Olympics are scheduled to open on July 24.

“Honestly there is no really good option if it’s canceled,” Hosszú said, adding “postponing is definitely better than altogether cancel.”

With the virus spreading in northern Italy, Hosszú moved up her departure from Naples by two days to Thursday.

Le Clos, who calls himself a “germophobe,” said he always travels with a face mask.

“We have to just not shake too many hands, not touch too much stuff,” the South African said in an interview arranged through his sponsor, Arena. “It’s a terrible thing that’s happened. Hopefully, it can get cured soon and we’re going to proceed to the Olympics.

“Obviously I don’t want it to be canceled, but if it gets canceled I will train another six months or another year,” Le Clos added. “My approach is not just to Tokyo, I’m looking beyond that.”

Sjöström was supposed to swim at a meet in Milan this weekend that was canceled because of the spread of the virus in northern Italy.

“Of course, it’s definitely on my mind,” Sjöström said. “We are reminded about it every day. I read the news. It’s a bit scary.

“People are traveling so much, even me, so that’s why the virus is spreading,” the Swedish swimmer added. “I hope we can calm it down very, very soon.”

The swimmers were taking part in a training camp for the Energy Standard team coached by James Gibson. Hosszú, who is not part of the team, was invited as a guest.

“Yes, there is a chance that the Olympics could be canceled,” Gibson said. “And if it is, you just deal with that. You have to trust the powers that be that they’ll never put people in risky situations.”

More urgently for Gibson is deciding if he should keep his swimmers in Italy until Saturday as scheduled or go back earlier to the team’s base in Turkey.

“We have an exit strategy. The swimmers themselves are aware of what’s going on but that doesn’t change your training,” Gibson said. “You still go train as if you’re going to go and become an Olympic champion. You don’t let go of that.

“Everyone in the world is in the same boat.”