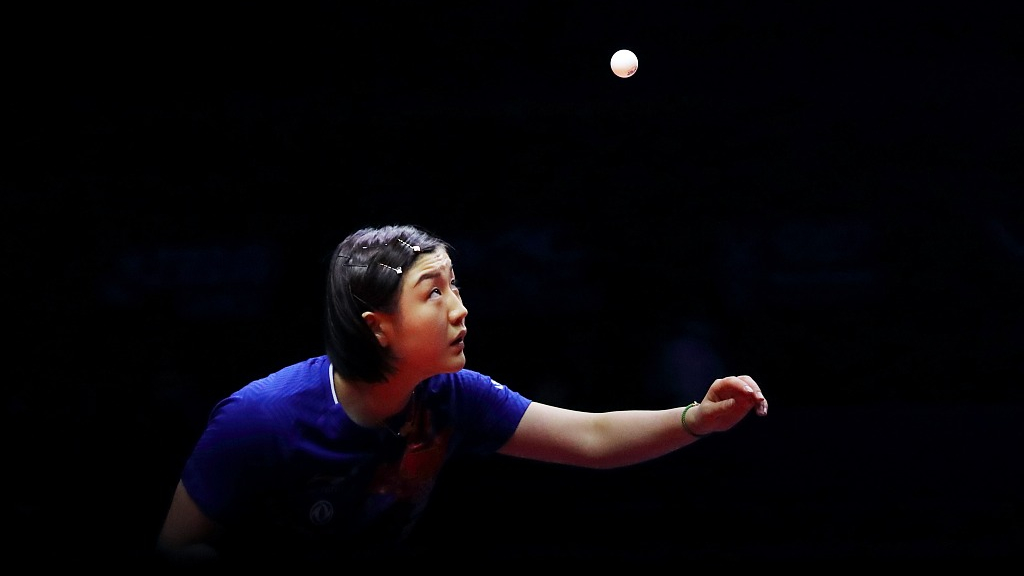 The 2020 ITTF Finals kicked off here on Thursday as the ITTF Women's World Cup started in Weihai, east China earlier this month, signaling the return of table tennis action following an eight-month hiatus due to the COVID-19 pandemic.

"How to actively seek change and find a way out in the fog of the pandemic has become the most frequently pondered question.

"After a long period of preparation and countless days and nights of hard work, with the strong support and assistance of all parties, the international table tennis tournaments have been successfully resumed in China, creating a safe haven for table tennis players from all over the world under the scourge of the pandemic, so that they can train at ease and focus on their competitions," said Liu, also President of the Chinese Table Tennis Association (CTTA).

"ITTF Women's World Cup and Men's World Cup have just concluded with great success, which not only set off a good start for the series but also filled with the enthusiasm and joy of seeing each other again after a long separation, storing up energy for the upcoming ITTF Finals," he added.

Since the pandemic outbreak, the 2020 ITTF Finals is the first international tournament staged in China with fans in attendance.

"Our players are back on the playing field, and this time, our fans are also back in the house. Every one of us here today is a witness to a great moment," Liu commented.

As the year-end competition, the ITTF Finals runs from Thursday to Sunday, featuring 32 players from 14 countries and regions.

"I would like to thank all the players who have traveled here from all over the world. Your presence is not only a symbol of global determination and confidence in the fight against the pandemic but also an inspiration to millions of professional athletes around the world," Liu said.

"Behind all this is the firm belief of everyone in the table tennis family: no winter is invincible; no spring is forever lost," he added.