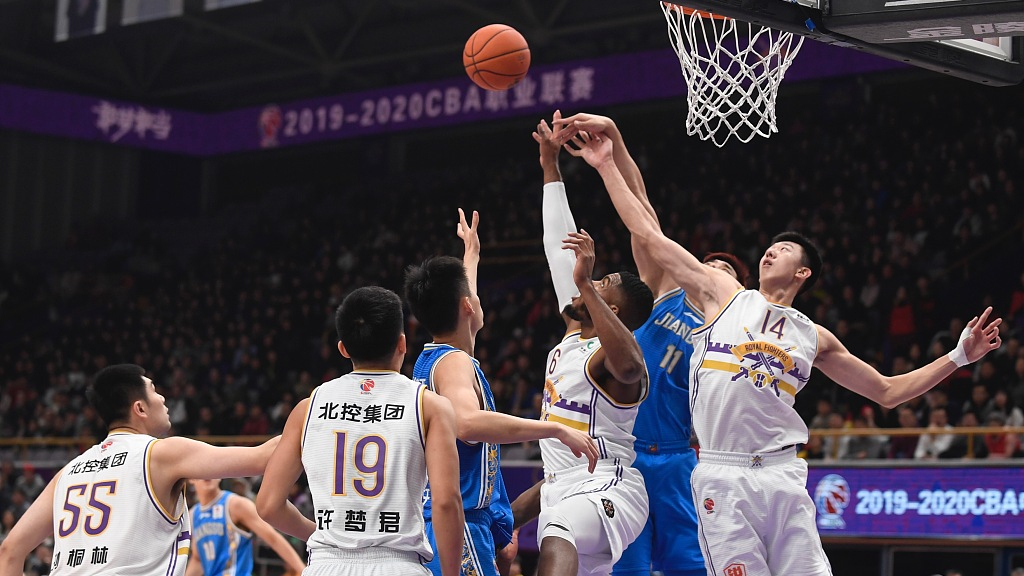 Players reach for the ball during CBA game between Beijing Royal Fighters and Jiangsu Dragons in Beijing, China, December 21, 2019.

With seven players scoring in the double-digits, Beijing Royal Fighters cruised past the Jiangsu Dragons 118-95 on Saturday in the 20th round of the Chinese Basketball Association (CBA).

It was a convincing victory at home for the Royal Fighters, as the hosts entered the game to an early 18-9 advantage, and were up 54-39 at the half.

Royal Fighters head coach Stephon Marbury had earlier mentioned his team's failure in defense after losing to the Qingdao Eagles in their previous round. The Fighters clearly learned their lessons as they came up with three steals within the starting five minutes against Jiangsu, and managed to hold the visitors to 35 percent from the field before the interval. 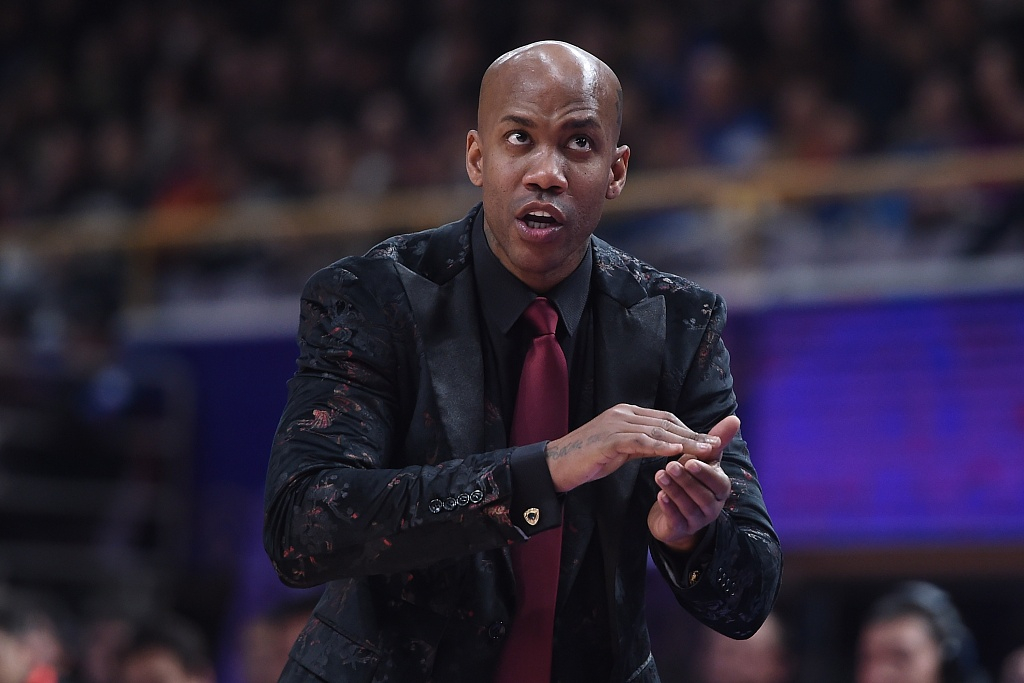 Stephon Marbury coaches from the sidelines during a CBA game between Beijing Royal Fighters and Jiangsu Dragons in Beijing, China, December 21, 2019.

Leading by as many as 25 points during the third quarter, the Fighters got nervous when Jiangsu cut the deficit to 100-87 thanks to a Jonathan Gibson solo, but soon answered with a 9-0 run with three minutes on the clock. "They played together for the whole game, and we rebounded nicely after the loss that we just had," Marbury said after the victory on Saturday.

Kyle Fogg put up a team-high 26 points, but it was the 34-year-old Sun Yue who was expected to be the leader in points for the home side. The veteran scored 22 within the first three quarters and none in the last, just shy of refreshing his season-high 27 points that he made two days before.

"They deserve to win," said Jiangsu Head Coach Memi Becirovic after the game, adding that his experienced players performed badly.

Miroslav Radulica and Gibson poured in 54 points for Jiangsu, but others provided little support, with four domestic players from the starting lineup only contributing to five. Wang Hong, who added 11 points, was the only other player scoring over ten for Jiangsu.