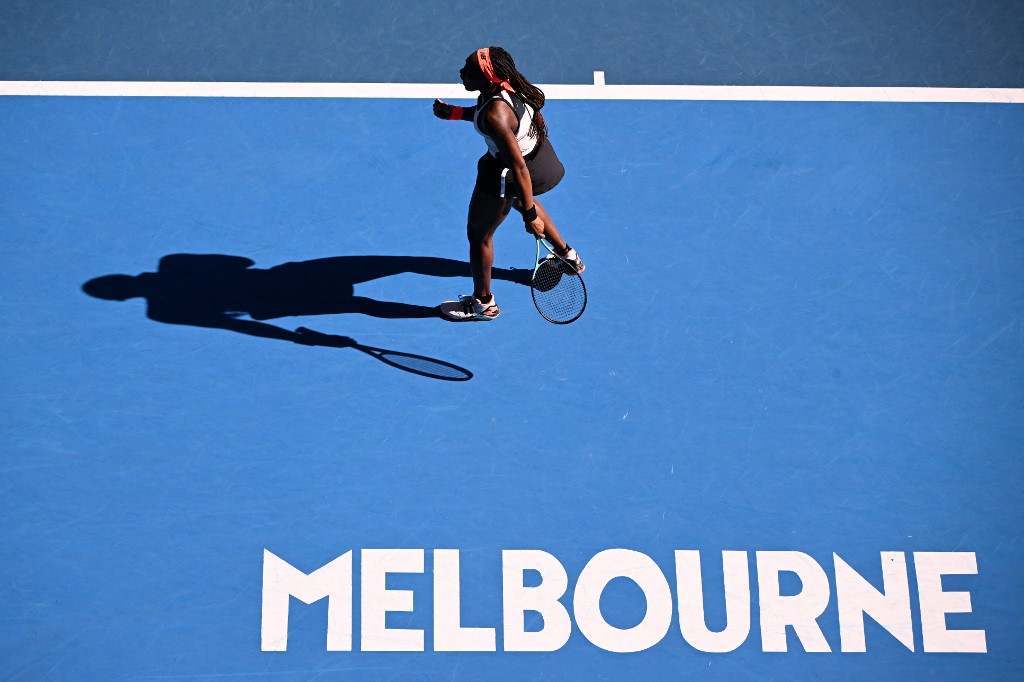 USA's Coco Gauff celebrates after victory against USA's Bernarda Pera during their women's singles match on day five of the Australian Open tennis tournament in Melbourne on January 20, 2023. (Photo: AFP)

A maiden Grand Slam title for seventh seed Gauff would make her the youngest Melbourne champion since a 16-year-old Martina Hingis 26 years ago.

Gauff headed into the first major of the year on a high after winning her third WTA title at the Auckland Classic earlier this month.

She admitted she "got lucky" in her tight second-round victory over Emma Raducanu in a battle of tennis prodigies.

But Gauff let her racquet do the talking in her first meeting with power-hitter Pera, relentlessly soaking up some late pressure from the world number 41 when serving for the match at 5-2. 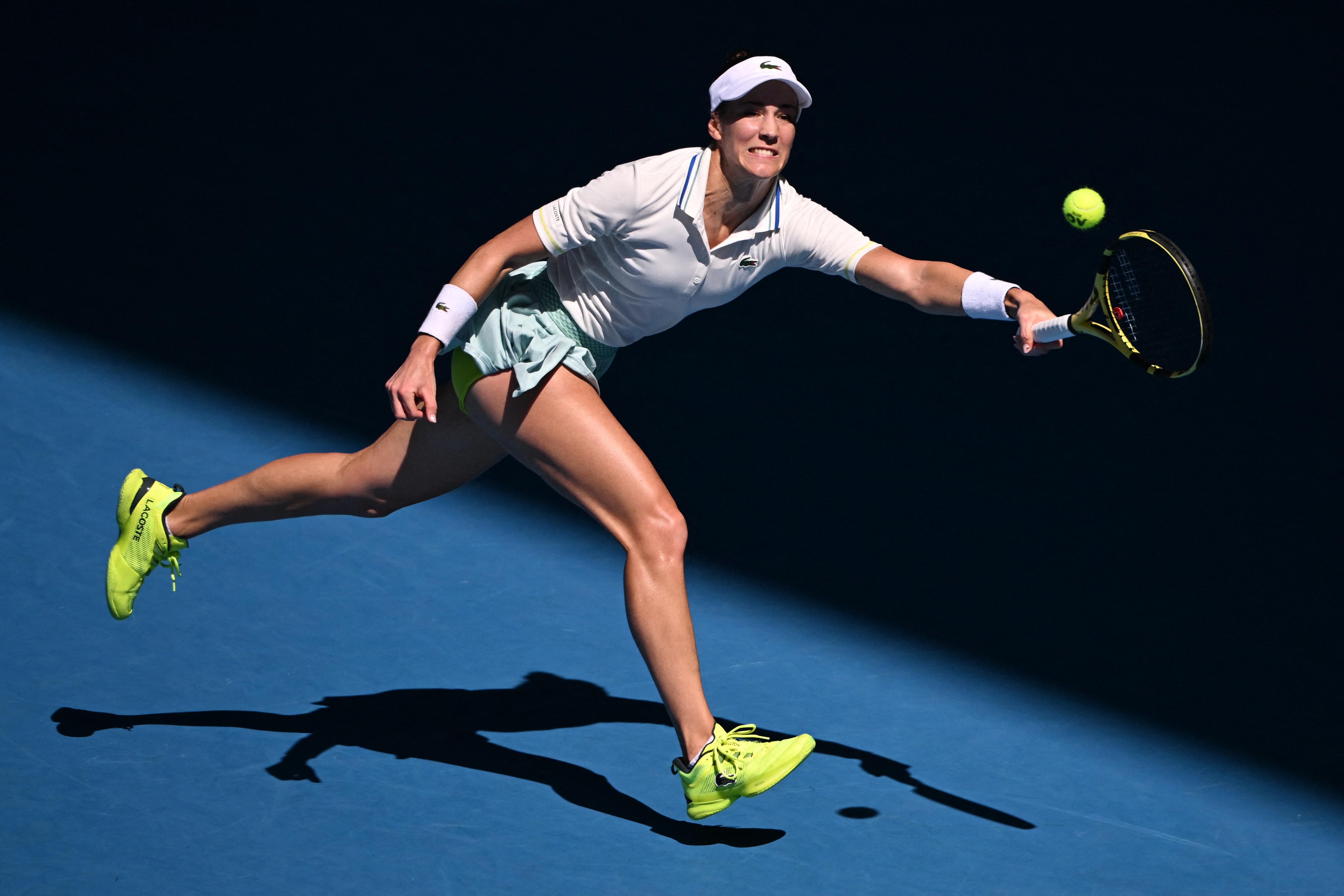 USA's Bernarda Pera hits a return against USA's Coco Gauff during their women's singles match on day five of the Australian Open tennis tournament in Melbourne on January 20, 2023. (Photo: AFP)

"She was hitting the ball really hard," said Gauff, who this week became the first woman to register 100 tour-level wins before her 19th birthday since Caroline Wozniacki in 2009.

"So I was trying to hang in there and take the ground when I could.

"Last season she had a really long match streak so I knew she would be a tough player to beat, so I'm glad to be through to the second week."

Gauff is one of two teenagers left in the women's draw. The other is 17-year-old Linda Fruhvirtova, who plays Marketa Vondrousova in an all-Czech third-round clash on Saturday.

Gauff admitted that playing a former Grand Slam champion in Ostapenko for a place in the quarter-finals would present a different challenge, and she would not have it all her own way.

"I think for me, I played her before," said Gauff who beat the Latvian 6-3, 1-6, 6-2 in their only previous meeting, the 2019 Linz final in Austria for the youngster's first WTA Tour title.

That match was also on a hard court, but indoors.

"I think it's just you need to be offensive when you can. Obviously there's going to be shots that she hits that are just going to be too good. You have to be accepting that."

It is the first time 17th seed Ostapenko has reached the last 16 at Melbourne Park.

"I honestly will go out there and just enjoy the match because it's great to be already in the fourth round."