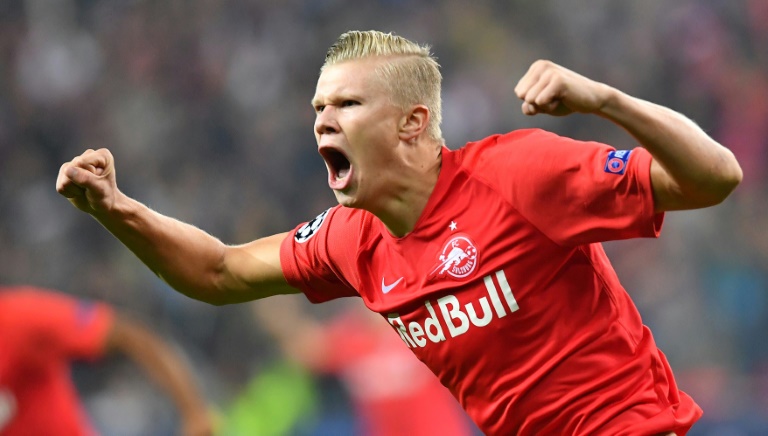 Norwegian teenage striker Erling Haaland could be joining Bundesliga club Borussia Dortmund from Austrian champions Salzburg in the January winter break, according to reports in Germany on Thursday.

Several German media outlets reported the prolific 19-year-old forward landed at Dortmund's airport on a chartered plane and was met by a club representative on Wednesday.

Aged 19 years at 58 days, Haaland became the third youngest player to score a Champions League hat-trick when he netted three times in a 6-2 victory over Genk in September.

Despite his impressive form Salzburg failed to reach the last 16 following a 2-0 loss to defending champions Liverpool in their final group game on Tuesday.

Dortmund, currently third in the Bundesliga, are looking for a new striker with Mario Goetze and Spain international Paco Alcacer struggling for consistency this season.

The German club reached the knockout stages of the Champions League this week with a 2-1 win at home to Sparta Prague which saw them finish second in their group behind Barcelona.