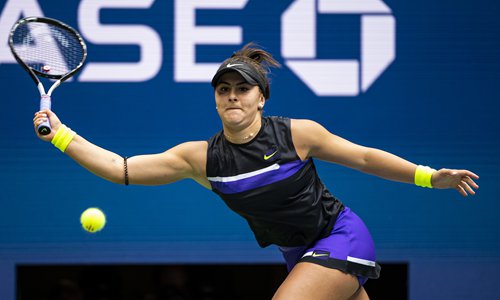 Canadian teenager Bianca Andreescu added another honor to her glittering year on Monday after becoming the first tennis player to be awarded the Lou Marsh Trophy as Canada's top athlete.

The 19-year-old earns the award after a season which saw her become the first player from Canada to win a Grand Slam singles title with her victory at the US Open, where she defeated Serena Williams in the final.

She also became the first Canadian in 50 years to win the Rogers Cup, also defeating Williams in the final.

"I'm so thankful for this award," Andreescu said. "I was not expecting it and to be the first tennis player to win is even more surreal."

Andreescu was a unanimous choice for the award, which is selected by a poll of 30 sports journalists.