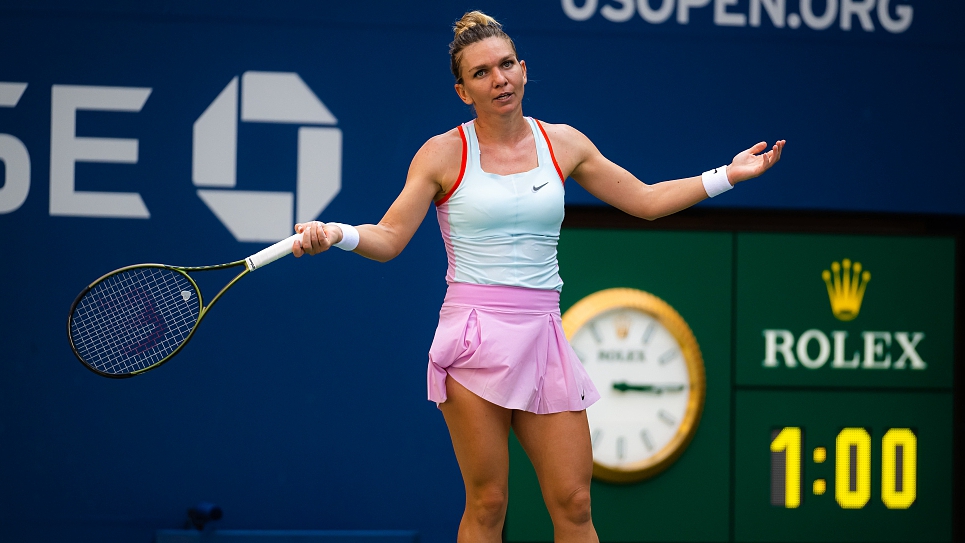 Former world number one Simona Halep said Friday she will "fight until the end" to prove she did not knowingly take a prohibited substance after she was provisionally suspended for doping.

A sample that Halep provided during the U.S. Open in August tested positive for roxadustat, the International Tennis Integrity Agency (ITIA) said. Roxadustat stimulates the production of red blood cells and is used to treat anemia and kidney problems.

Halep, the current world number nine, said the drugs test result was "the biggest shock of my life."

"Today begins the hardest match of my life: a fight for the truth," the 31-year-old Romanian wrote on Twitter. "Throughout my whole career, the idea of cheating never even crossed my mind once, as it is totally against all the values I have been educated with," Halep said.

She said an "extremely low quantity" of the substance had been found in her body. "I will fight until the end to prove that I never knowingly took any prohibited substance and I have faith that sooner or later, the truth will come out," she added.

The 2018 French Open and 2019 Wimbledon champion is the highest-profile player to fail a drugs test since Maria Sharapova in 2016.

Halep had ended her season in mid-September after having nose surgery.

Speaking in September, she said that earlier in the year she had suffered mental problems and had considered ending her career but she began working with Serena Williams' former coach Patrick Mouratoglou and her form briefly rebounded.

She reached the semi-finals at Wimbledon this year and won in Toronto to reach No.6 in the rankings in August before slipping back to ninth.

The ITIA, which oversees tennis' anti-doping program, said it had informed her on October 7 that she was being provisionally suspended.

It said Halep had exercised her right to have her 'B' sample analyzed, which confirmed the presence of roxadustat.

In a statement, it said: "While provisionally suspended, the player is ineligible to compete in or attend any sanctioned tennis events organized by the governing bodies of the sport."