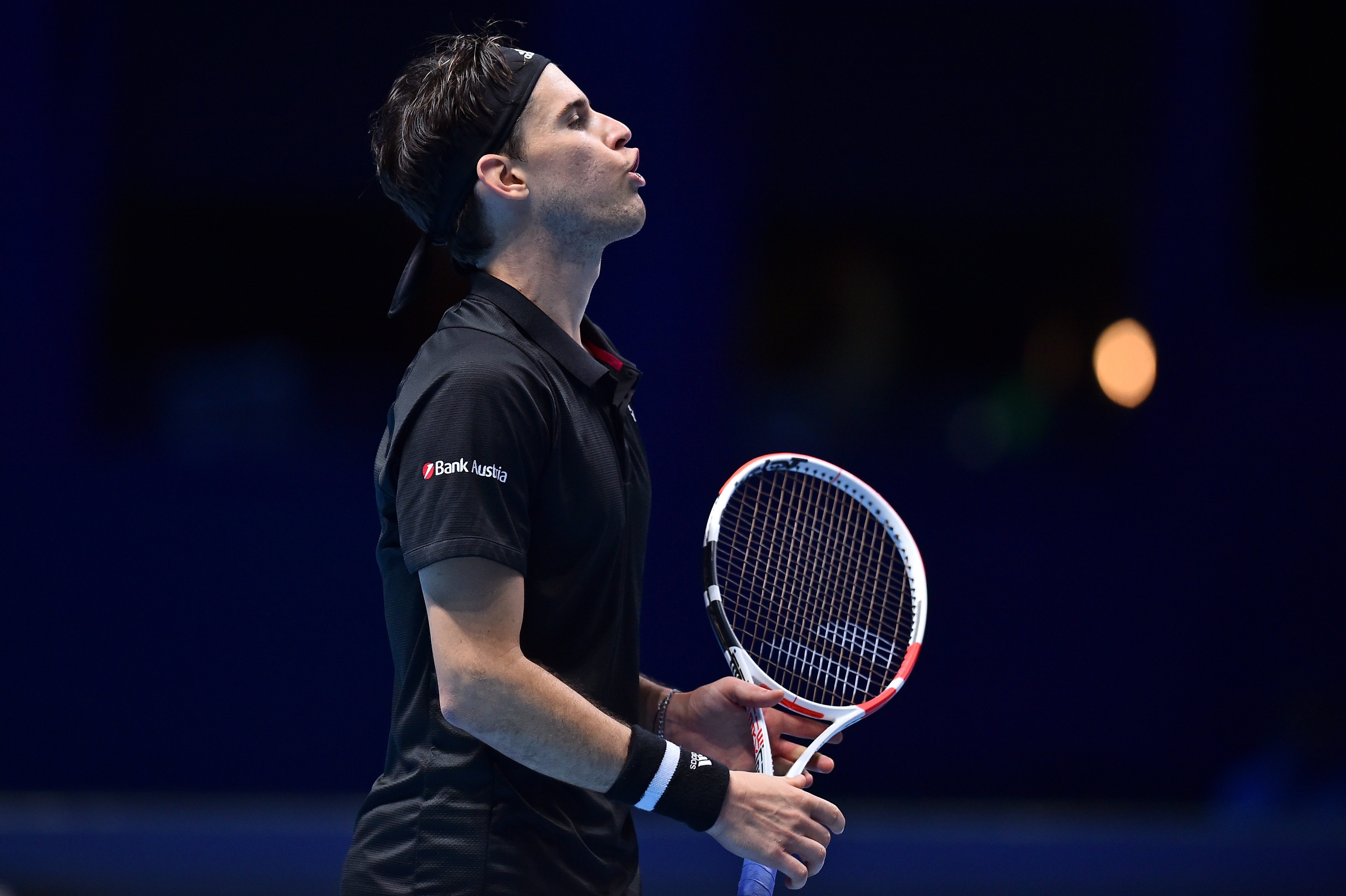 In the second round in Group London 2020, Austrian third seed Thiem held his nerve to come from 5-2 down in the tiebreak of the first set and save two set points to win it 9-7.

World number two Nadal broke first in the second set, but Thiem amended the situation immediately by breaking back. The Spaniard also saved three match points in the 10th game but could not hold off a more aggressive Thiem in the second tiebreak.

"It's definitely one of the better matches I have played so far in my career," said the 27-year-old Thiem, who outplayed Tsitsipas in three sets in the first round on Sunday.

"Honestly, I think that today I played a little bit higher level than at the US Open and was maybe the best match for me since the restart of the tour. That makes me super happy," said Thiem.

Nadal, who has yet to win the year-ending event after participating in it nine times, nevertheless believed his performance on Tuesday was satisfactory.

"He (Thiem) played I think an amazing match and I played well too," said the 34-year-old Spaniard. "So my feeling is not negative. I lost, but I had plenty of chances in the first set and then I had broken up in the second set."

Nadal will fight for a semifinal berth with Tsitsipas in their last group match, while Rublev, with two defeats, has lost all hope of advancing, but can try to earn his first win at the Finals against Thiem on Thursday.