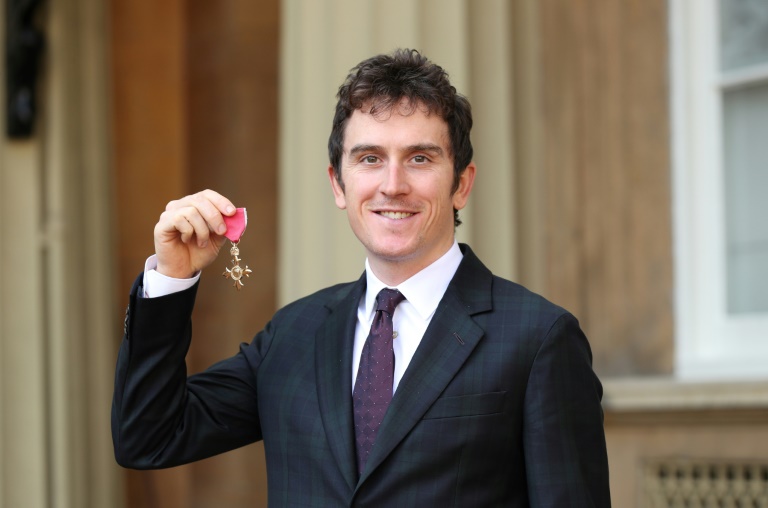 Geraint Thomas has revealed twin aims for the 2020 season with a tilt at a second Tour de France title and glory on the slopes of Mount Fuji at the Tokyo Olympic Games top of his wish list.

Thomas's double ambitions were revealed after his teammate Egan Bernal declared he had just one target, to defend his Tour de France title.

Four-time champion Chris Froome has been given leeway by Team Ineos to also target the Tour as he struggles back from multiple injuries.

For Thomas there was a whiff of unfinished business when the hugely popular 2018 champion and 2019 runner-up said "the Tour is the Tour, and I wanted to give it one more good go."

Thomas said he aimed to arrive at the Tour start line in peak condition after he was under-prepared in 2019.

"You've got to be in it to win it," he said, flashing a broad grin.

There was also a sense of boyish glee when the double Olympic track cycling team pursuit champion spoke of how formative the Games had been in his career.

"I fell in love with sport watching the Olympics as a kid," said Thomas, who will be 34 in May. "So the Olympics are important for me."

"It's a quick turnaround after the Tour," said Thomas.

"But in 2014 I did the Commonwealth Games time trial the Thursday after the Tour finished."

"We'll see how much gas is left but I'd love to race the time trial and the road race," Thomas said of the highly anticipated events on the slopes of the iconic Mount Fuji.

"With the time difference (Tokyo is eight hours ahead of France), ideally you'd want another week to prepare," he said.

Thomas has revealed a busy warm-up racing schedule with the Italian coast-to-coast Tirreno-Adriatico then the more mountainous Tour de Romandie and Tour de Suisse in preparation for the Tour de France.

"I'm looking forward to getting stuck into those races, being in the mix, and just enjoying it," he said.