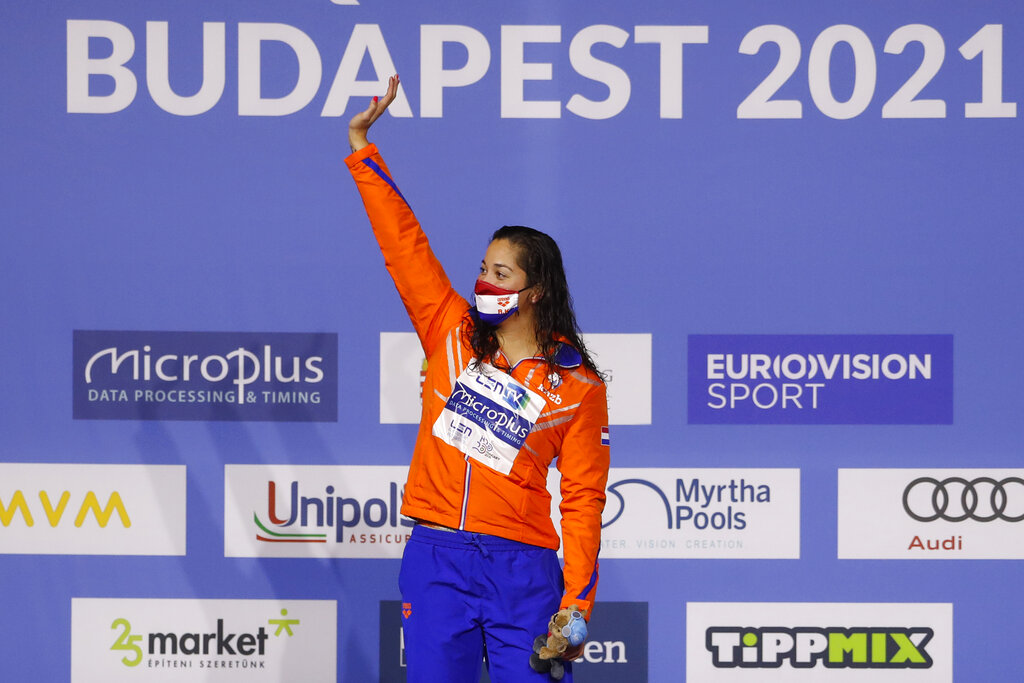 Ranomi Kromowidjojo from the Netherlands celebrates her gold medal in the Women's 50m butterfly at the European Aquatics Championships in Duna Arena in Budapest, Hungary, on May 23, 2021. (Photo: AP)

THE HAGUE, Jan. 27 (Xinhua) -- Three-time Olympic champion Ranomi Kromowidjojo of the Netherlands put an end to her impressive swimming career on Thursday.

Kromowidjojo, 31, has won three Olympic titles, 17 world and 24 European titles in career, which makes her one of the most successful Dutch swimmers of all time.

"Swimming will always be my passion, but not on a professional level anymore," Kromowidjojo wrote on her Instagram account. "I have always known that there is more than top sport, and that it is part of a bigger picture. This is not the end, just the end of my professional swimming career."

Kromowidjojo participated in the Olympic Games four times. At her debut in Beijing in 2008, she won gold in the 4x100m freestyle relay together with Inge Dekker, Femke Heemskerk and Marleen Veldhuis. The four were named the 'Golden Girls' by Dutch media and remained unbeaten for four years.

In 2012, the foursome had to settle for Olympic silver in the 4x100m freestyle relay in London, but Kromowidjojo took golds in 50m and 100m individual freestyle. At the two subsequent Games in Rio de Janeiro and Tokyo, Kromowidjojo did not make the podium.