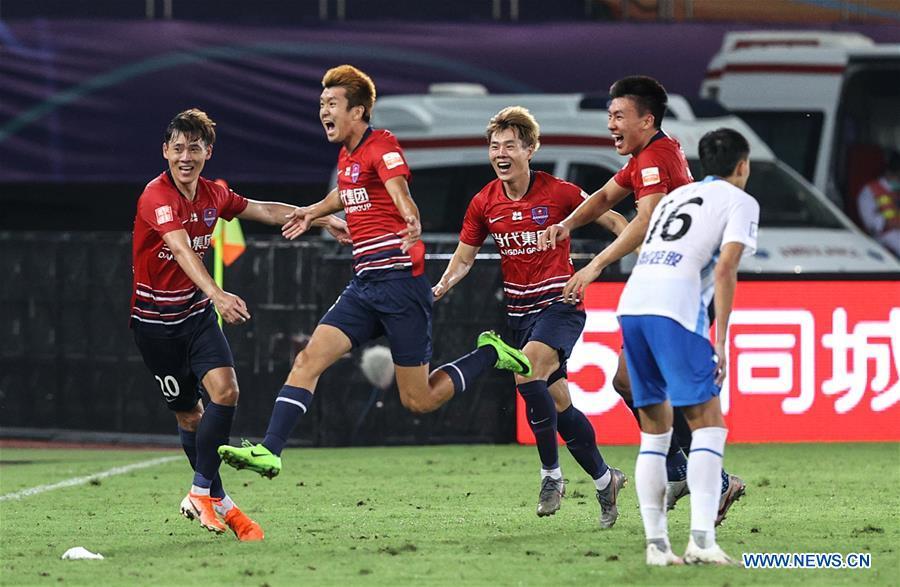 SUZHOU, China - Tianjin Teda drew with Chongqing Dangdai Lifan 2-2 in the second round of the Chinese Super League (CSL) here on Sunday.

Tianjin and Chongqing had both lost in the first round of the CSL, so both sides started the game aggressively in the early minutes of the match.

Yuan Mincheng scored the opener for Chongqing in the 21st minute of the match with a left-footed shot, but Chongqing missed the opportunity to extend the lead eight minutes later when Feng Jing's penalty was denied by Teda goalkeeper Du Jia.

Tianjing managed to tie the score in the 37th minute with a volley from full back Zhao Honglue.

The second half saw Chongqing break the deadlock with a goal from Dong Hongling in the 83rd minute. The Lifan team seemed to have sealed victory, but Rong Hao's last minuted goal gifted Tianjin a point.