BERLIN, Feb. 29 (Xinhua) -- Germany's Tina Hermann claimed the crown in the women's skeleton at the IBSF World Championships in Altenberg, Germany on Saturday, securing her third World Championship title after 2016 and 2019. 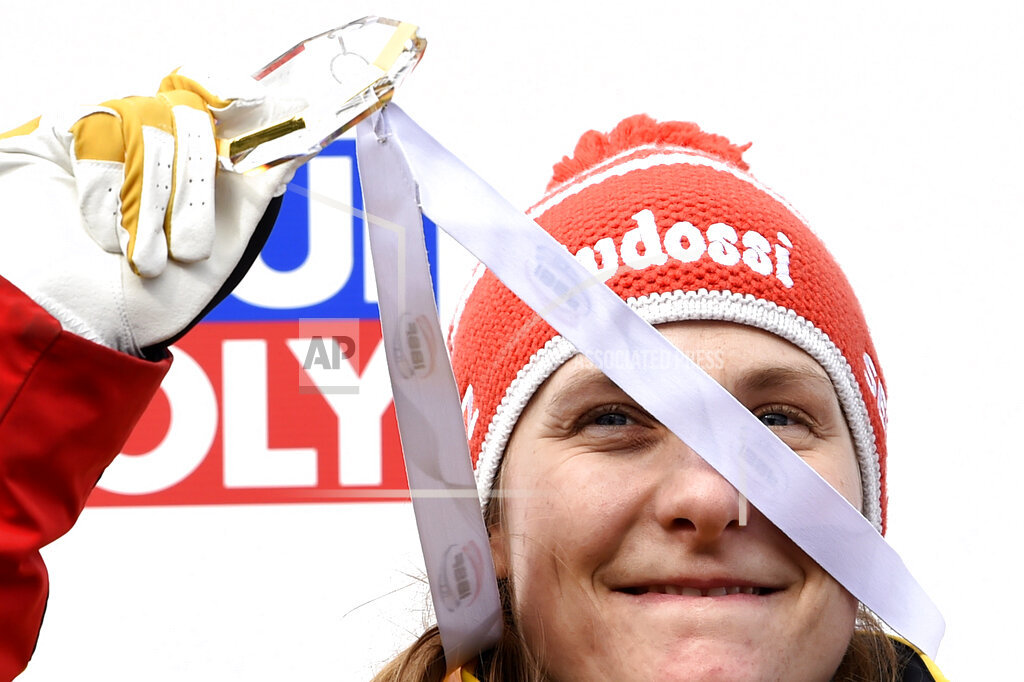 Winner Tina Hermann of Germany celebrates her gold medal on the podium during the women's Skeleton competition at the Bobsleigh and Skeleton World Championships in Altenberg, eastern Germany, Saturday, Feb. 29, 2020. (Photo: AP)

"It's just so crazy, I don't know what to say. I was annoyed that I hadn't managed to get in a perfect run earlier. But I knew I can get a track record here. Before the final heat, I said to myself 'Now is the time, you can do it.' In the leader's box, I had to get everything out, all that tension," said Hermann.

Switzerland's Marina Gilardoni finished the second with 0.22 seconds behind Hermann. The bronze went to Janine Flock of Austria.

The overall winner of the World Cup Jacqueline Lolling of Germany only just missed out on the podium in fourth.