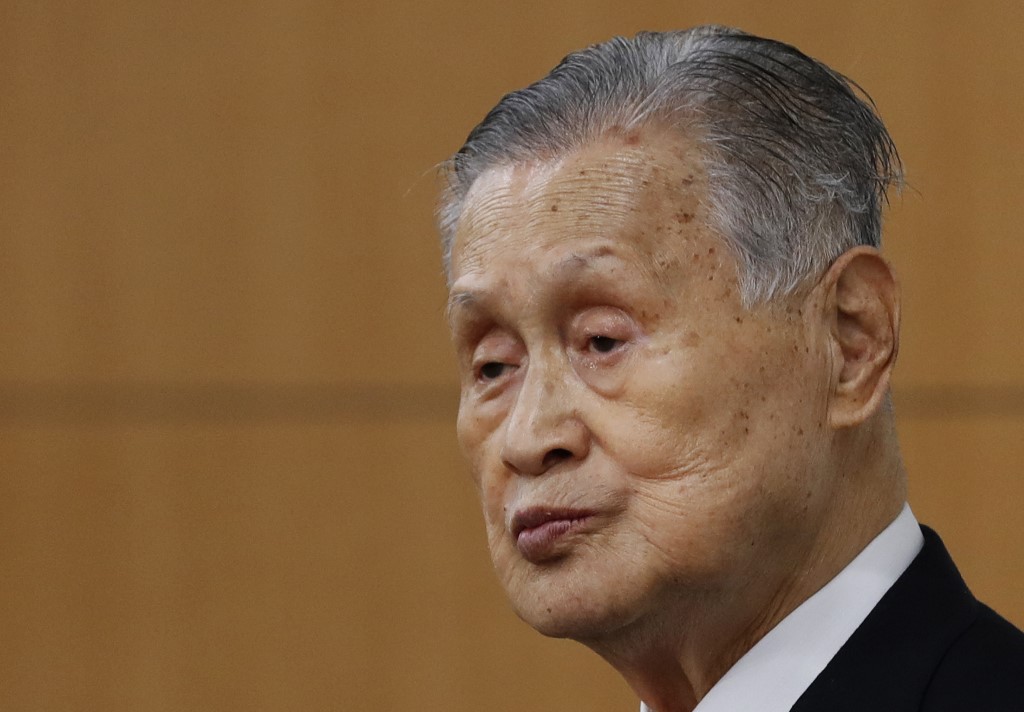 Tokyo 2020 president Yoshiro Mori listens a question from a journalist during a news conference in Tokyo on February 4, 2021. (File photo: AFP)

The 83-year-old Mori, a former Japanese Prime Minister, said on Wednesday at a meeting of the Japanese Olympic Committee, "Women have a strong sense of rivalry... if one female member raises her hand to speak, everyone will think they need to say something too."

Mori made an apology in a news conference on Thursday but refused to resign.

Japan's state broadcaster NHK said that the Tokyo 2020 organizing committee plans to hold a joint session of the executive board and the board of councilors, with its date now being arranged for Friday.

"The president himself is expected to attend the meeting," NHK said.

About 400 volunteers have decided to give up their chances to serve the games this summer and two people announced to withdraw from the torch relay, due to start on March 25, following Mori's remarks, the Sports Daily said on earlier.

The International Olympic Committee (IOC) said in a statement on Tuesday that Mori's remarks are "absolutely inappropriate and in contradiction to the IOC's commitments and the reforms of its Olympic Agenda 2020."