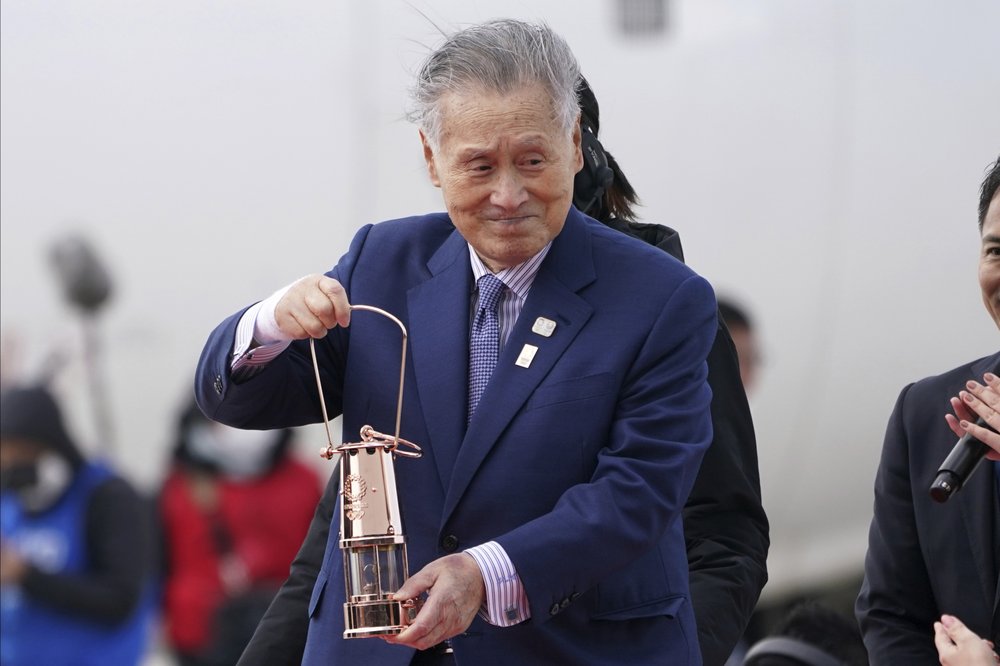 Toshiro Muto, the CEO of Tokyo 2020, told reporters after today's special meeting at which Mori announced his resignation, that a selection committee headed by honorary president Fujio Mitarai will be formed to look for candidates for the new president.

Muto said the selection panel will consist of both men and women and the process should be "transparent."

With only five months remaining before the Olympic Games, Muto said there is not a deadline when the new leader will be decided. But it is "desirable" if everything can be settled before the organizing committee's next executive board on March 22, he said.

Japan's football legend Saburo Kawabuchi, who was widely reported on Thursday to be the successor, has been ruled out the possibility of stepping in.

Kawabuchi, 84, the mayor of the Olympic Village and a councilor of Tokyo 2020, told today's meeting that he "is not thinking to be the president," Muto said.

The former Japanese Football Association president earlier told reporters that he had been asked by Mori to be the replacement, a decision which immediately was criticized for being made behind closed doors without any transparency.

Kawabuchi's withdrawal left Olympic Minister Seiko Hashimoto the front runner. The 56-year-old has been regarded as the right person at the right time.

Mori did not attend today's press conference along with Muto, who said that the former Japanese prime minister has "made enough explanations" about his "inappropriate" remarks.

Muto promised that the incident in the past week will not "cause any delay" to the preparation for the games, which has been pushed back one year due to the COVID-19 pandemic.

IOC President Thomas Bach said earlier that his organization "fully respects" Mori's decision to step down and "understands his reasons" for doing so.

"The IOC will continue working hand-in-hand with his successor to deliver safe and secure Tokyo 2020 Olympic Games in 2021," Bach said in a statement.