Portugal midfielder Gedson Fernandes became the first signing of the Jose Mourinho era at Tottenham on Wednesday as the manager bids to revive the club's Premier League campaign. 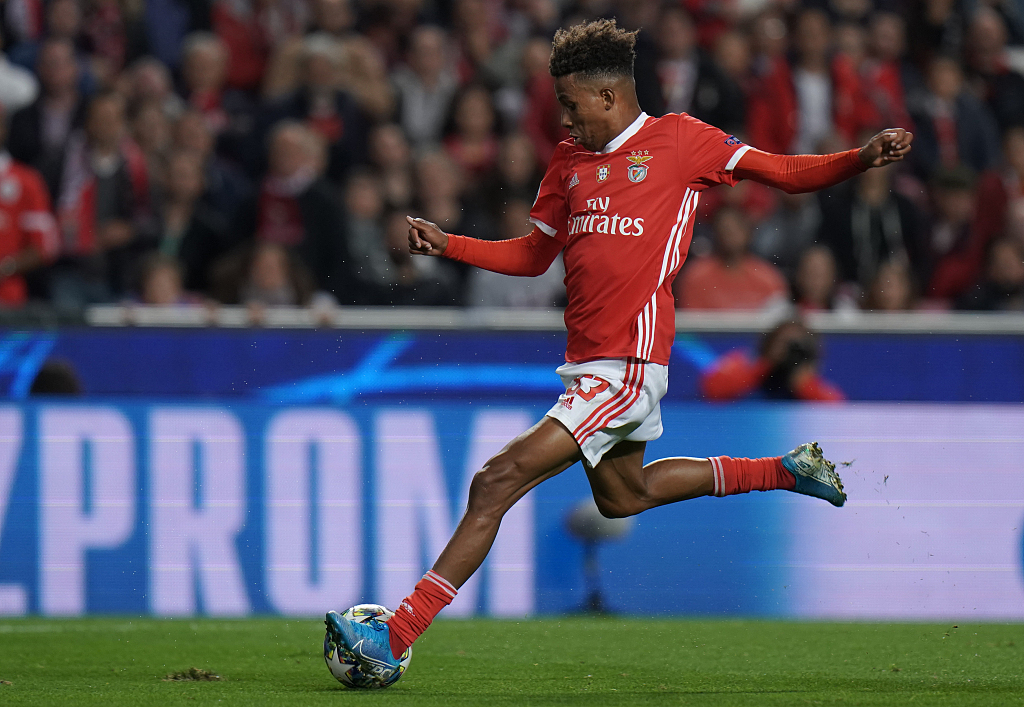 The 21-year-old signed an 18-month loan deal with an option to make the transfer permanent for a reported £56 million (73 million U.S. dollars).

Fernandes will provide vital cover in midfield following a three-month lay-off for Moussa Sissoko, who has had knee surgery.

"We are delighted to announce that we have reached agreement for the 18-month loan of Gedson Fernandes from Benfica with an option to make the transfer permanent," said a club statement.

"I have no words to say about the stadium because it is fantastic," he added. "I have never been or seen anything like this, It is unbelievable."

Fernandes was offered to Spurs by Mourinho's friend and super agent Jorges Mendes and they beat off competition from West Ham, who were keen to bring him to London.

The potential reported fee would mark a huge mark-up from the 250 euros (278 U.S. dollars) and 25 footballs Benfica reportedly gave to Fernandes' club, Frielas, when he was 10.

Mourinho will be hoping that more arrivals may follow, particularly a striker following Harry Kane's potentially season-ending hamstring injury, with the club eighth in the Premier League, nine points behind fourth-placed Chelsea.

The club are understood to be interested in AC Milan's Krzysztof Piatek while Christian Benteke, Edison Cavani and even former striker Fernando Llorente have been linked.

There could also be departures at Spurs this month, with Kyle Walker-Peters hoping to join Crystal Palace on loan while the club are trying to offload Christian Eriksen in order to get a fee for him.