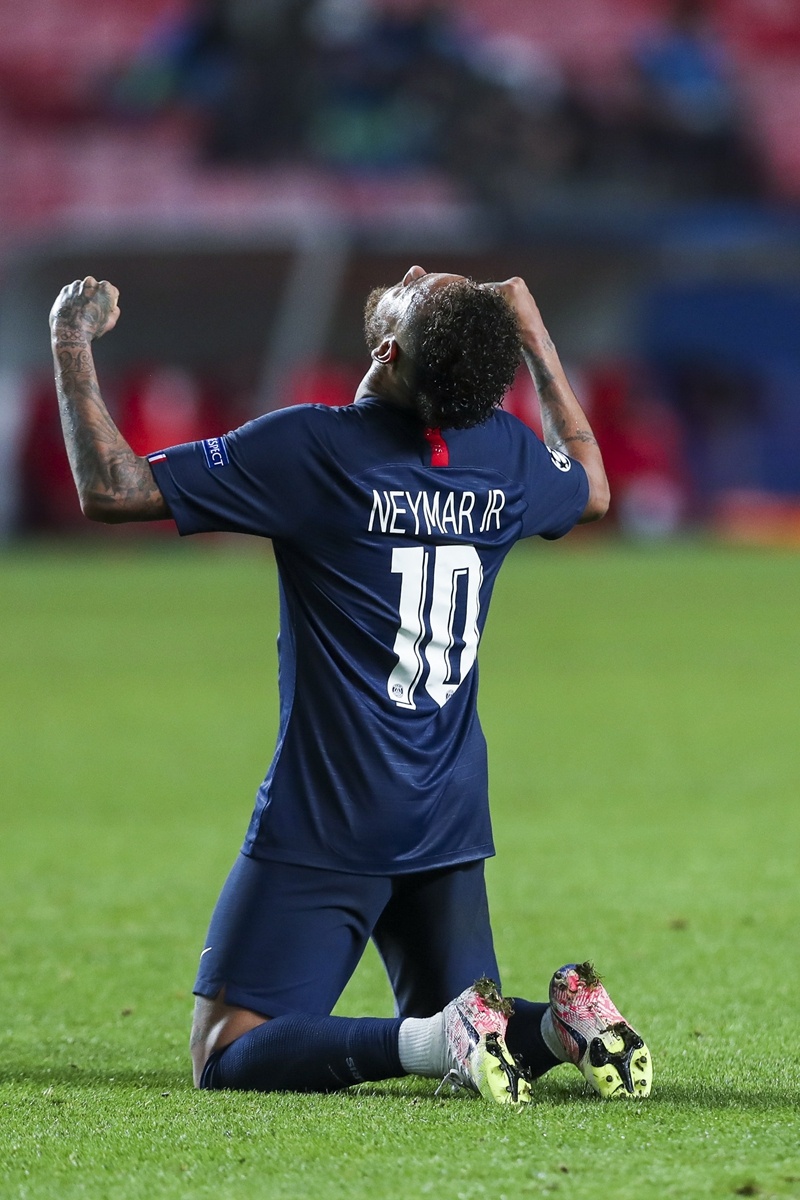 And then there were two.

The bluebloods of European football take on a team that has elbowed its way onto the continent's top table generously backed by actual royalty in the Qatari royal family.

Bayern Munich, the five-time winners, will face Paris Saint-Germain in the French club's first Champions League final and on their 50th anniversary.

There can be only one winner come Sunday at the Stadium of Light, with both teams looking for a treble.

Both teams had their ideal semifinal by way of preparation, meeting another team from the opponent's league: Bayern played Lyon, while PSG faced RB Leipzig. Hans-Dieter Flick, the boss of the Bavarians, suggested as much as he turned his focus to Sunday's final following the 3-0 win over Lyon on Wednesday night.

"The focus is now on Paris. We want to give it everything we have," he said. "I don't think that the attacking game of Lyon is far worse than PSG. They were ambitious in attack."

Flick admitted that his side - who are unbeaten in all competitions since the turn of the year - had ridden their luck in the semi. It was not the 8-2 demolition of Barcelona in the quarterfinal that has piled on expectation and their tag as favorites.

"It is clear we did not defend as well as usually," the Bayern head coach said after the Lyon game, and he was right as the French side could and probably should have scored.

He can expect PSG to be more ruthless, with their striking talent, just as the French champions will expect to be troubled by the free-scoring Germans. These are the attacking trios fuelling dreams of a treble.

The Brazilian is a divisive figure in the football world but not with his countrymen, his club's fans or his teammates. Lionel Messi wanting him back at Barcelona is as good a commendation as anyone could ask for but still the critics pile in. Neymar has answered them with involvement in the goals that got them to this first final and he can silence them forever with PSG's debut Champions League final. One more goal will take him to 20 for the season and it could be the most important of the lot.

The 21-year-old has already won the World Cup, so why not the Champions League? He has suffered with injury this season, to only score 23 goals, low by his standards. He returned for the knockouts coming off the bench to assist the winner against Atalanta in the quarters. Hailed as a future Ballon d'Or winner the Parisian would take a giant step towards superstardom with a Champions League win in Lisbon.

Another player returning from injury, the "Noodle" was the man of the match in his last Champions League final with Real Madrid in 2014. He failed to ignite at Manchester United but has been back to his best in Paris, with a goal in the semifinal to boot. Di Maria began his European adventure at Benfica and a return to the stadium for this final is a fitting bookend to the 32-year-old's career.

The striker has long been regarded as one of the best in the world but this season he has stepped up to another level. Lewandowksi scored again against Lyon, heading in the third to put the tie beyond reach, and taking his personal haul to a preposterous 55 goals in 46 games this season. That is 1.2 goals per game. The Polish international has scored 15 in the Champions League this campaign, just two behind Cristiano Ronaldo's season record of 17 - and you would be mad to bet against him reaching it as he has scored in every single Champions League game this season. Top scorer in every competition he has played - Champions League, German Bundesliga and the DFB-Pokal - Lewandowski has earned his "Lewangoalski" nickname, that teammate Thomas Muller is insisting upon. If there were a Ballon d'Or this season, the European golden boot would surely be a shoo-in. As it is he might have to cope with a Champions League winners medal and FIFA's The Best award.

It was not Lewandowski who got Bayern off the mark against Lyon but former Arsenal winger Serge Gnabry, a player who has blossomed since returning to his homeland. "Serge's individual performance settled our nerves. The 1-0 was outstanding. His finish and his run, just outstanding," Flick said of Gnabry after the game. "His development in the past few years has been amazing and you can see that he is very close to a world-class player."

If the Germany winger is only "close" in a season that has seen him score nine goals in nine Champions League appearances then his next stage of development is set to be worth watching.

The one-club man appears to have been around forever but he is still only 30. Nothing has changed over the years, though, for a player who has defined his own position.

"I consciously take risks in my game," were his words in a 2011 interview. Muller was just 21 years old at the time.

"On the direct route towards the goal I often try to do things that may be great in terms of the idea, but difficult to do. Mistakes happen, but you have to say to yourself: It's gone, I'll try again next time. In reports it sometimes says: He tried a lot, but failed. Yes, then it just didn't work out. I try a lot and there are a lot of failures."

He did this time and again against Lyon, helping create space for Gnabry and Lewandowksi to exploit.

In that same 2011 interview Muller literally defined his position as "Raumdeuter" an interpreter of space (and a pun on "Traumdeuter," interpreter of dreams). The position has gone into the football lexicon, and the Football Manager series of games. Perhaps he can turn Bayern's dreams into something more real on Sunday.