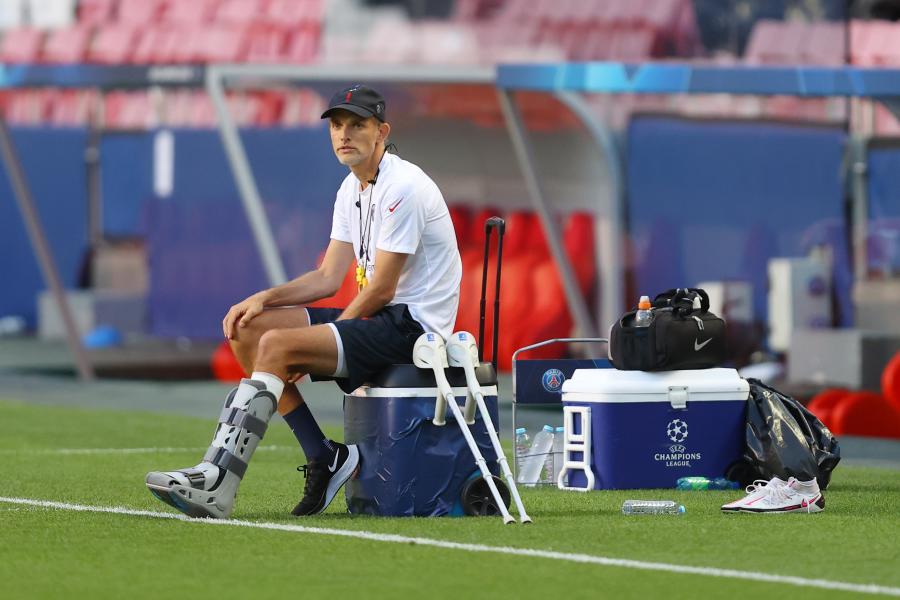 If only Frank Lampard had managed to get the best out of his lavishly funded attacking recruits it might be him and not Tuchel leading Chelsea into its first Champions League quarterfinal in seven years.

Ziyech's goal after 34 minutes against Atletico Madrid built on the Blues' 1-0 first-leg lead before Emerson Palmieri netted in stoppage time to seal a 3-0 aggregate win on Wednesday.

While a goal from the defender was an unexpected rarity－this was only Emerson's second in three years at Chelsea－a scoring drought since October was a startling anomaly for Ziyech.

And yet Tuchel still entrusted the Morocco winger with being part of the front three against the Spanish leader because of his experience of reaching the Champions League semifinals in 2019 with Ajax, a year before his 40-million-euro ($48-million) transfer.

"He knows how it feels to arrive in the knockout round and go through to the last eight," Tuchel said. "We missed Mason Mount and we wanted to replace his work rate and intensity with Hakim because we knew we faced a midfield of three with a lot of quality.

"Maybe he suffers a bit to adapt to our style because he loves to play creative and he needs to adapt to the structure, but he gives a very reliable work rate for the team.'

Havertz launched the breakaway after Kieran Trippier's cross was intercepted before releasing Werner to run down the left. Werner sent the ball into the penalty area for Ziyech, who placed his shot under goalkeeper Jan Oblak.

"There were some difficult moments in the game but for most of the time we had it under control," Ziyech said. "It was an important goal and I had to wait a long time for it."

The strike meant Atletico needed to score twice, but its slim chances ended when Stefan Savic was sent off in the 81st minute for elbowing Blues defender Antonio Rudiger.

Two of Chelsea's substitutes then combined for the second goal in the fourth minute of stoppage time.

Emerson had only been on the pitch a minute when he was set up by Christian Pulisic on the break.

The win further builds on the momentum the west London club has built up in the two months since Lampard was fired, with Tuchel unbeaten in 13 matches with 11 clean sheets.

"The guys protect themselves. Defensive work is about courage and reliability that they can feel safe around each other," Tuchel said.

Luis Suarez symbolized the visitor's struggles as the striker remained without an away goal in 25 Champions League appearances. He hasn't netted in any European games in this campaign and was taken off before the hour mark in London.

It was the lack of dynamism that Diego Simeone was left to rue as his decade as Atletico coach won't be marked by lifting the European Cup for the first time.

"We tried to play with four up top in the first period and press them when they were playing out at the back," Simeone said.

"We couldn't rob the ball high up like we wanted to. We looked to change our system, tried to press them, but they were able to get through it, they were just better than us. You can't say more than that. We need to improve."

This was just the latest setback for Atletico, whose Spanish league lead has dwindled from 10 to four points in recent weeks.

"Of course the fans are going to be hurt, disappointed and annoyed," Simeone said. "We need to show humility, work hard and move forward."

However, Chelsea may have been a bit fortunate that Atletico was not awarded a spot-kick when defender Cesar Azpilicueta put an arm around former Dalian Pro winger Yannick Carrasco in the Blues' penalty area. "I was a bit frightened," Tuchel admitted of the 25th-minute incident.

With Bayern Munich beating Lazio 2-1 to seal a 6-2 aggregate win in the night's other game, the quarterfinal lineup is now complete. England is the best represented country with Liverpool and Manchester City also through. Borussia Dortmund is with Bayern in Friday's draw, along with Paris Saint-Germain, Porto and record 13-time champion Real Madrid.