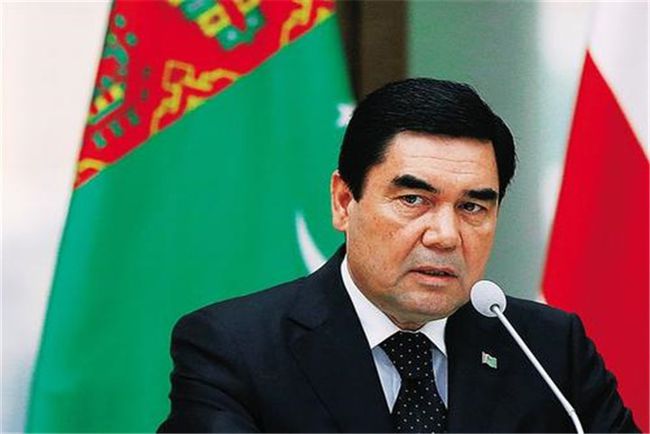 ASHKHABAD, Feb. 2 (Xinhua) -- The Beijing Winter Olympics will be held at the highest organizational and sporting level, Turkmen President Gurbanguly Berdymukhamedov said here in an exclusive interview with Xinhua.

Berdymukhamedov, who will make a trip to Beijing and attend the opening ceremony, said he believes the Games will be held in an atmosphere of fair competition, respect for each other, and with a huge audience interest.

"We have closely followed China's preparations for the Olympics, we have seen how much has been done, what magnificent facilities have been built, what innovative and high-tech solutions have been implemented," said the president.

Berdymukhamedov said the upcoming event will bring many outstanding results, become a bright event in the history of world sports, as well as a holiday for millions of fans in different parts of the world.

Berdymukhamedov spoke highly of Turkmenistan-China ties, which have recently marked the 30th anniversary of their establishment.

"Turkmenistan highly appreciates and will never forget the support provided by China during the establishment of Turkmenistan as an independent state, and respect for the neutral status of Turkmenistan and its foreign policy course."

Hailing China as a reliable friend, and bilateral relations of a long-term and strategic nature, the president said "our ties have stood the test of time, proved the effectiveness and become a key factor to the stability and development in the Eurasian region."

Berdymukhamedov said the two countries are united with a similar worldview and goals in pursuing global peace and development. The two countries support each other on the world stage, coordinate political and diplomatic efforts to pursue constructive solutions.

Berdymukhamedov said the alignment of the China-proposed "Belt and Road Initiative" and the Turkmen strategy of "Revival of Silk Road" will boost diversified development, strengthen connectivity and inject impetus to the building of an industrial belt across the Eurasian continent, so as to deliver tangible benefits to people along the route.

Noting that energy is one of the priorities of bilateral cooperation, the president said the implementation of a natural gas pipeline linking Turkmenistan with China is an example of a true partnership based on equality and mutual benefits, adding that the project ensures a balance of interests among producers, transit companies and consumers.

The president stressed that fruitful work is underway within the framework of the Turkmen-Chinese Cooperation Committee, as the bilateral cooperation in politics, economy, trade, transportation, energy, investment, science and technology, culture and humanitarian aspects has great potential and a broad prospect.

He also called on scientists and historians of the two countries to carry out more joint work on preserving the breed and delve into its history.