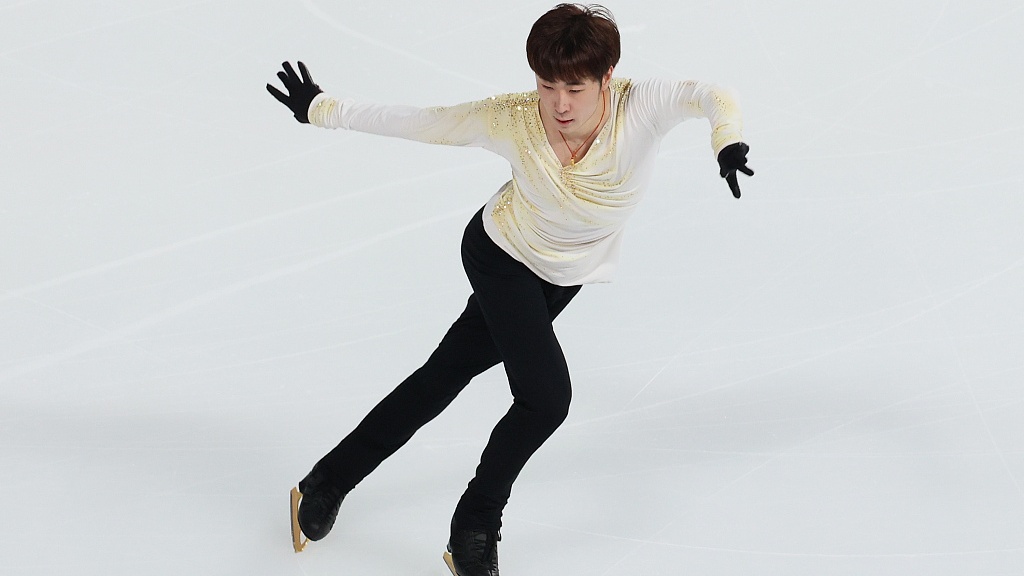 Two-time world bronze medalist Jin Boyang made a stunning season debut as he skated to his new short program at the 2020 Shiseido Cup of China at Huaxi Culture and Sports Center in southwest China's Chongqing Province Friday afternoon.

The new short program picked up modern piano music and is a whole new experience for the 23-year-old Chinese figure skating star as he tried to make breakthroughs to inject more artistry into his performance.

Skating last, Jin started with a stylish pose on the ice, setting tones for the crisp and modern short program.

He hit an effortless quadruple Lutz to open his skate and proceeded with a solid quad toe loop-double toe loop combination. According to Jin, in a pre-match interview, the new program's difficulties stayed the same compared to the last season; however, it aims for more completeness and artistry.

The improvement was clearly shown in his skating as he produced nearly flawless spin sequences and put together his moving performance with a clean triple Axel. 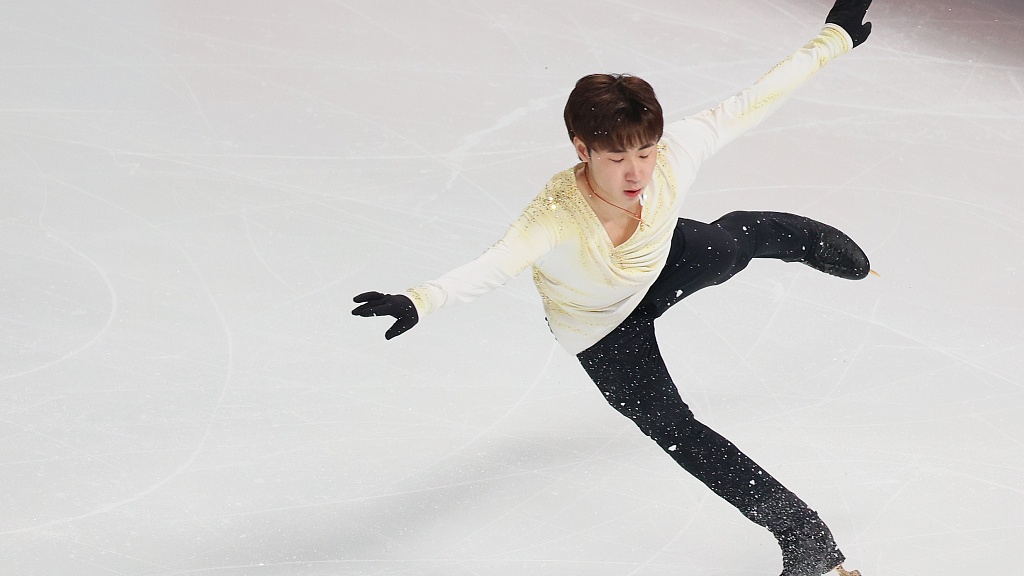 The reigning Cup of China champion Jin Boyang skates to his new short program at the 2020 Shiseido Cup of China in southwest China's Chongqing Province, November 6, 2020.

Jin Boyang topped the short program in the Men's event with 103.94, holding off the second-placed compatriot Yan Han by 11.38 points.

As China's most promising figure skater, Jin Boyang struggled with a lacking in performance in the past. However, he has been keen on making up for it.

During the quarantine over COVID-19, Jin had one-on-one sessions on the ground with modern dance and ballet teachers. He also participated in choosing the music he found to better reflect his own character.

According to him, he chose both music – the modern piano music for his new short program and rock blues for his free skate by himself and communicated with his coach as well as a choreographer to try to get into the character and perform it more.

Jin also appeared inconsistent in his jumps, especially his staple quadruple Lutz over the past few seasons but judging from his opening performance today, he was quite confident in putting it together and throughout.

Claiming fourth place at the 2018 PyeongChang Winter Olympics, Jin stressed the importance of staying stable and confident mentally and looks forward to testing himself with more big events leading up to Beijing 2022. 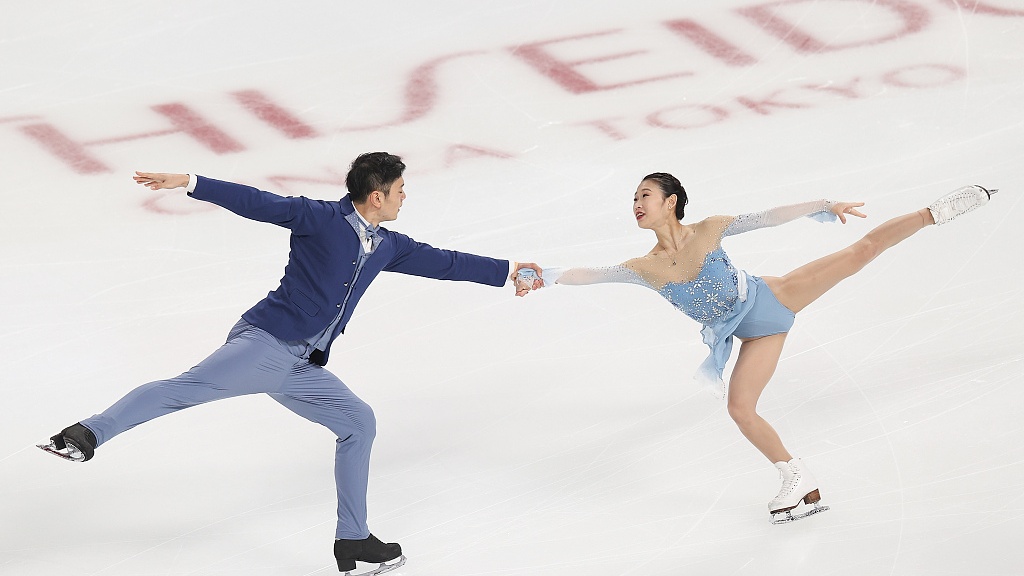 Peng Cheng and Jin Yang skate to their new short program at the 2020 Shiseido Cup of China in southwest China's Chongqing Province, November 6, 2020.

Skating to English composer John Barry's "Somewhere in Time", Peng and Jin devoted to every skating move to convey their emotions. Despite a fall in Peng's part when performing a side by side triple toe, their elegant and moving short program skating was flawless.

"It was a familiar yet strange feeling," said Peng Cheng in a post-match interview. "It's been ten months since we competed last time, so competing today felt a bit unfamiliar to us."

According to them, they were still making adjustments to their new short program until last week. Personally fond of the music, both of them looked forward to keep honing on their performance to make the short program routine one that they can skate every move in their full emotions.