Each era of MMA has had its most exciting division. Famously, Japan's PRIDE FC was all about the heavyweights and in the nascent modern UFC, the welterweight division of Matt Hughes, Georges St-Pierre and B.J. Penn was the place where the best fighters were putting on their best fights.

Since the arrival of Joanna Jedrzejczyk in the UFC, the most exciting division in contemporary UFC is the women's straw weight division. Perhaps it all comes down to the champion, with the true top tier talent bringing out the best in everyone else, or perhaps it's a size issue – there are very few UFC caliber fighters in heavyweight, as being a man of that size tends to draw people to sports such as American football – but, either way, since around 2014, women's 115lb has been full of exciting, varied and talented fighters.

However, proof of a division's depth doesn't come from the top, it comes from the bottom, as proven by the main event of UFC Fight Night: Waterson vs. Hill. Neither #8 Michelle Waterson or #13 Angela Hill are anywhere close to a title shot against current champion Zhang Weili, and yet they put on an incredible five-round war. 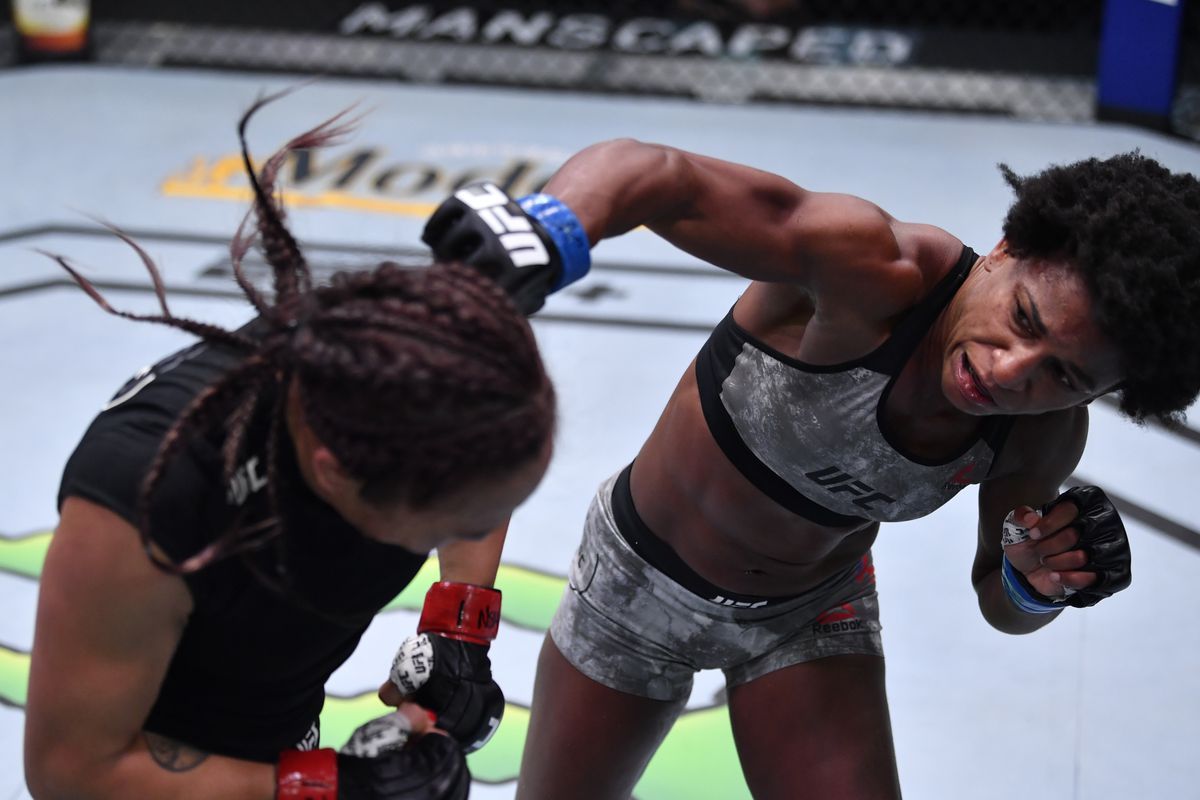 Waterson, a karate fighter, began fairly uneasily as she scuffed a takedown attempt and ended up eating several hard shots from Hill. Hill had claimed that Waterson was a point fighter rather than someone who aims for damage, and Round 1 suggested she had the perfect game plane. She weathered the pitter-patter offence and outboxed Waterson standing and outmuscled her in the clinch.

In Round 2, Waterson still fumbled her takedowns but was much more confident while standing, almost entirely forgoing her karate stance and boxing directly with Hill. With this improved focus, she appeared to be faster all round, landing before Hill could and defending the hard straights that damaged her so much in the first frame. This significantly lowered Hill's output, which was still lethal whenever it did work.

In Round 3, it looked even until Hill hit Waterson with a hard punch to the nose, causing it to start bleeding. Yet, instead of taking the advantage, it triggered a bullrush in Waterson who finally got the takedown she was looking for in rounds 1 and 2. She smothered Hill from the top position while looking for a kimura armlock. With 90 seconds left, Hill tried to get up to her feet and, as in the fight against Joanna, Waterson leapt onto her back and sapped her energy with a rear naked choke. 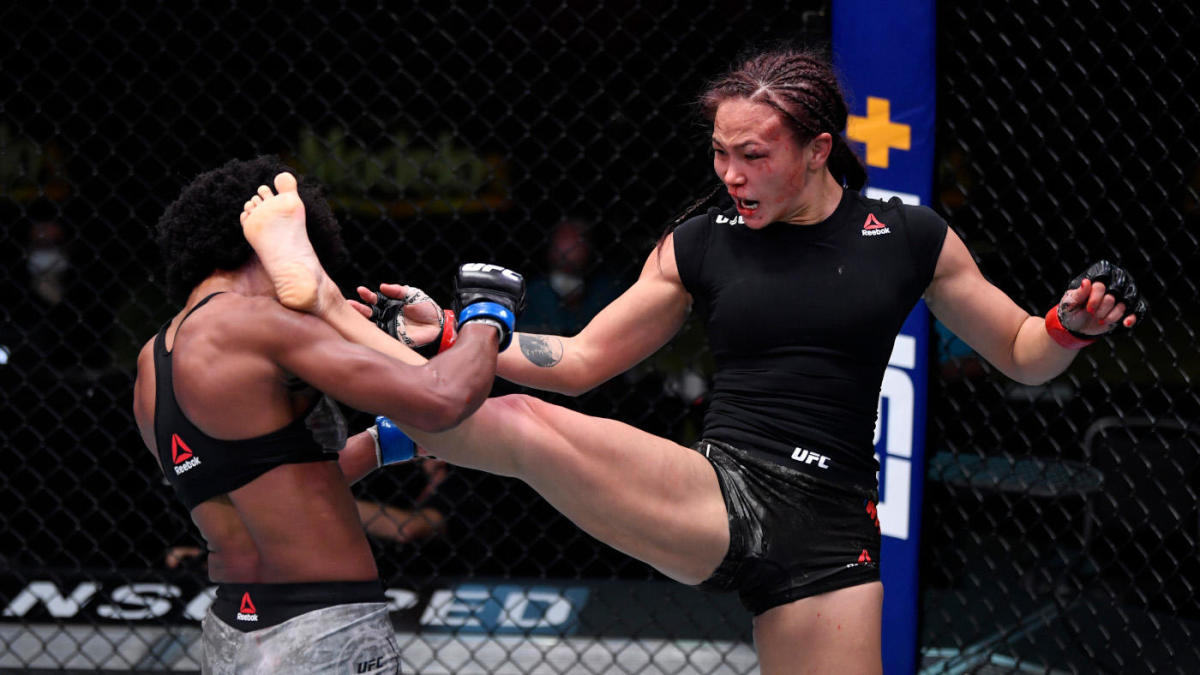 Hill hung out, fought out of it and took the fight to the main event rounds. If it wasn't for the general fatigue of both women, Round 4 could have passed for a Round 1; aware of each other's weapons, this was a tentative, defensive round. Hill fought off the takedown, Waterson slipped past punches. As time passed, the advantage moved in Waterson's direction as the slower pace allowed her to finally utilize the karate kicks that Hill had defended so well in the beginning.

This main event had been so back and forth that it all came down to Round 5, and both women knew it as they absolutely poured it on. The energy that seemed sapped in the previous frame was clearly being kept in reserve. They went back and forth with combinations – again, Hill prevented any takedowns – and ended with a 10-second melee. Ultimately, Michelle Waterson took home the victory with a razor thin split decision (48-47, 49-46, 47-48).

While not in the rarified air of Joanna Jedrzejczyk vs. Zhang Weili from earlier this year – a fight widely considered the best of the year so far – it was similar in that it was high level striking contest that was so close it reasonably should have been a draw; the biggest gap in significant strike was five in Round 1 and none of the judges had the same score in the split decision.