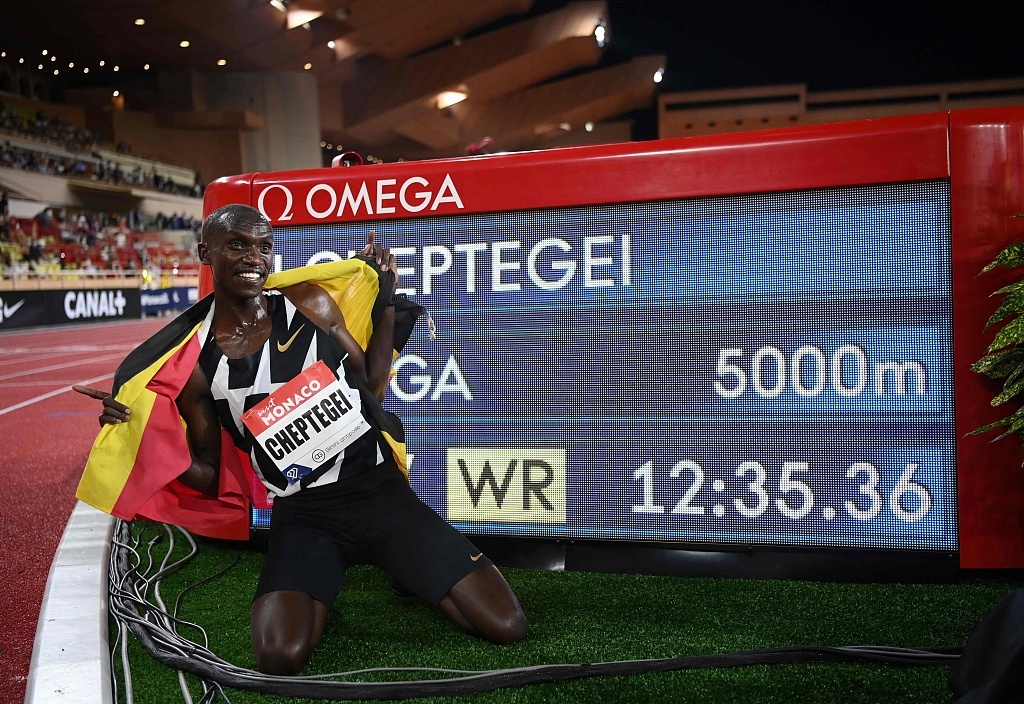 Cheptegei, 23, had predicted a world record run in the big event of the season and duly delivered as he clocked 12 minutes, 35.36 seconds, destroying the 12:37.35 that Ethiopian long-distance runner Bekele set in the Netherlands in 2004.

In Spain's Valencia last December, Cheptegei set a new 10km world record on the road with a time of 26 minutes and 38 seconds, beating the previous record held by Leonard Patrick Komon of Kenya by six seconds. 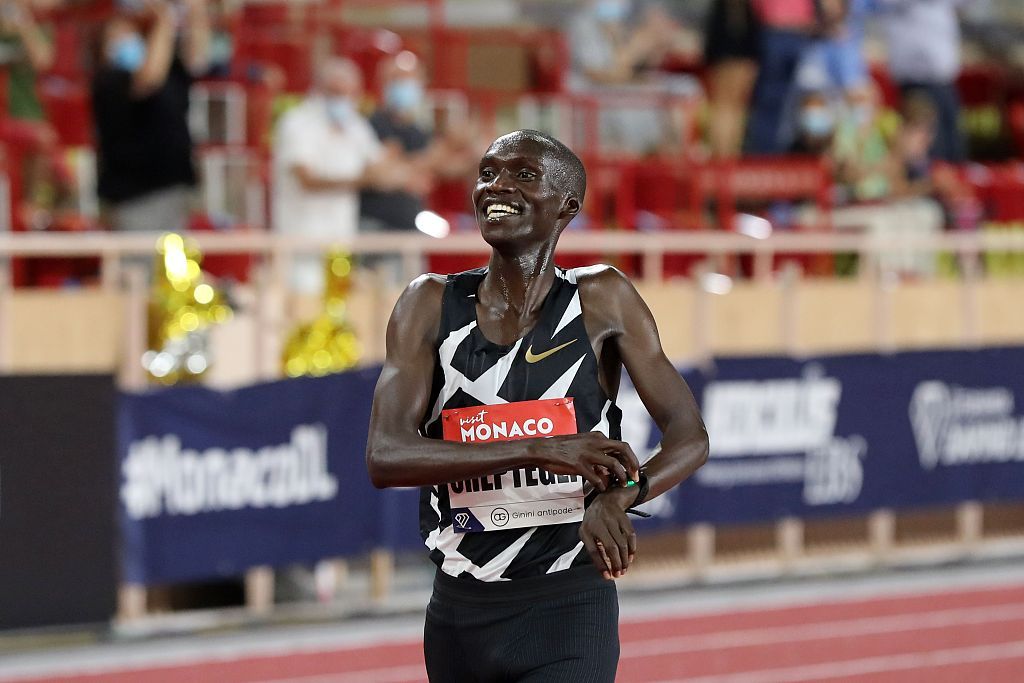 Uganda's Joshua Cheptegei stops his watch as he crosses the finish line to win and break the world record in the men's 5km event during the Wanda Diamond League athletics meeting in Monaco, August 14, 2020.

This time, Cheptegei took up the running at halfway, churning out 61-second laps and delivered a 2:30 split for the final kilometer, remembering to stop his own watch as he crossed the line.

"It took a lot of mind setting to keep being motivated this year because so many people are staying at home but you have to stay motivated," he said.

"I pushed myself, I had the right staff with me, the right coach. I'm also usually based in Europe, but being based in Uganda with my family was actually great. I will for sure celebrate the world record when I get home." 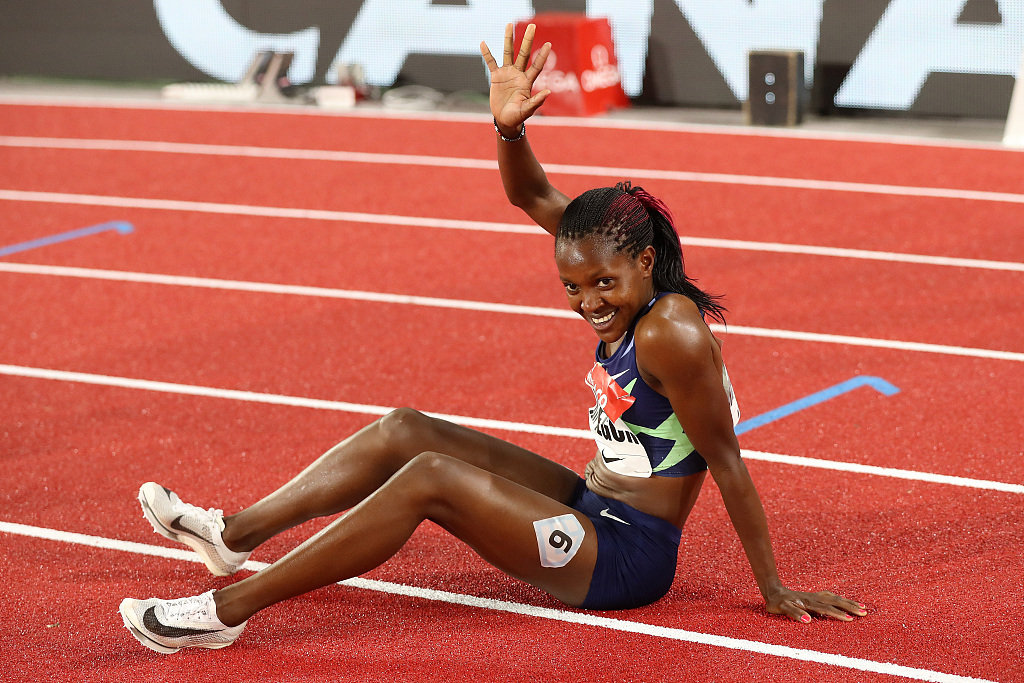 Athletics fans had waited a long time for the first Diamond League meeting and the 5,000 spectators allowed in the stadium and millions watching on TV were not disappointed on a night of impressive performances. Athletes of every discipline showed that they had found ways to keep in shape during their various lockdown restrictions.

Cheptegei faced travel restrictions as he arrived in Monaco on Monday earlier than usual ahead of the Wanda Diamond League leg.

In the women's 5km event, world champion Hellen Obiri surged clear of Letesenbet Gidey to win in 14:18.37 after Sifan Hassan dropped out with three laps to go. 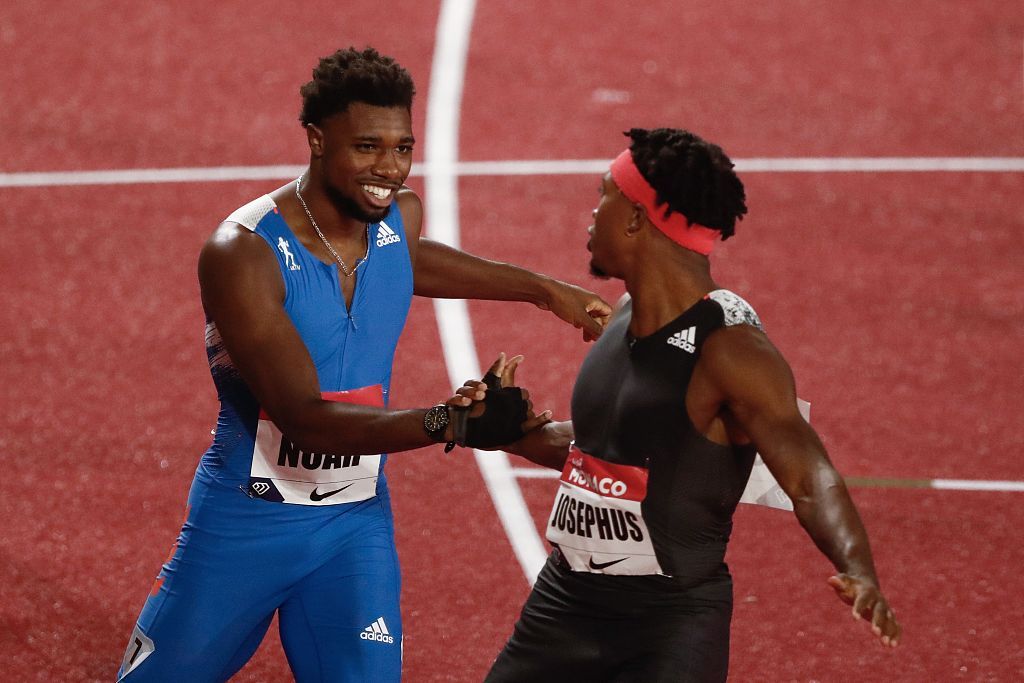 Timothy Cheruiyot was another world champion who showed no signs of suffering from disrupted training as he overcame a potentially reckless fast first lap to win the men's 1500m in 3:28.45.