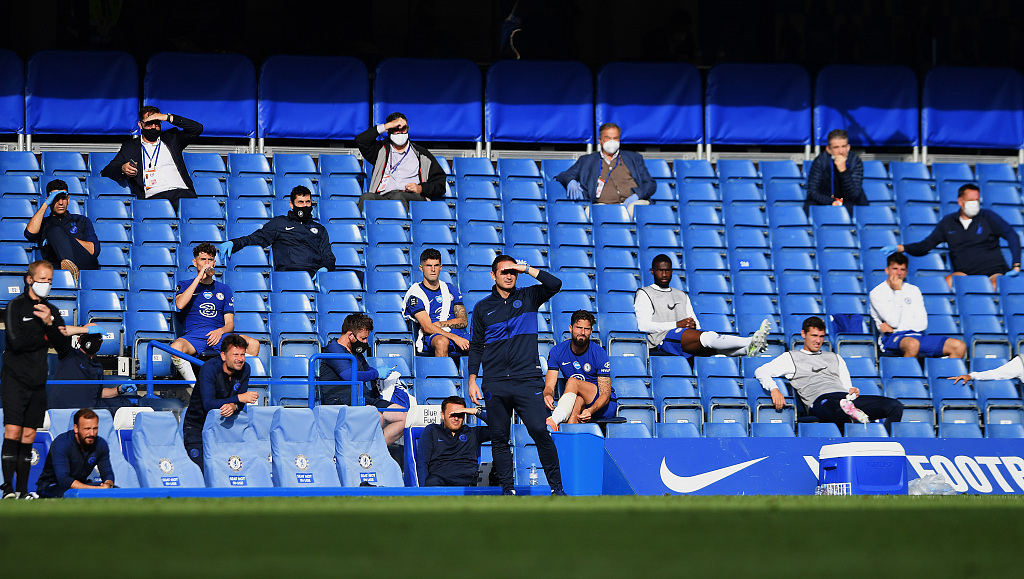 Chelsea players and staff sit separately on the stands in London, July 26, 2020, as football stadiums around Europe remain empty as government social distancing laws prohibit fans inside venues resulting in all fixtures being played behind closed doors. /VCG

Spectators will not be allowed to attend pilot sports events for at least two weeks due to a spike in COVID-19 infection rates, British Prime Minister Boris Johnson said on Friday putting a halt on plans to return to some kind of sporting normality.

"Pilots of larger crowds at sports venues will not take place," Johnson said at a news conference. "I said from May we would not hesitate to put on the brakes at the slightest sign that the numbers were going in the wrong direction."

The new restrictions on fans will be enforced at least until August 15.

The government had decided earlier to allow spectators at carefully selected trial events from late July to early August to 'stress test' new guidelines on a return to regular live sport. 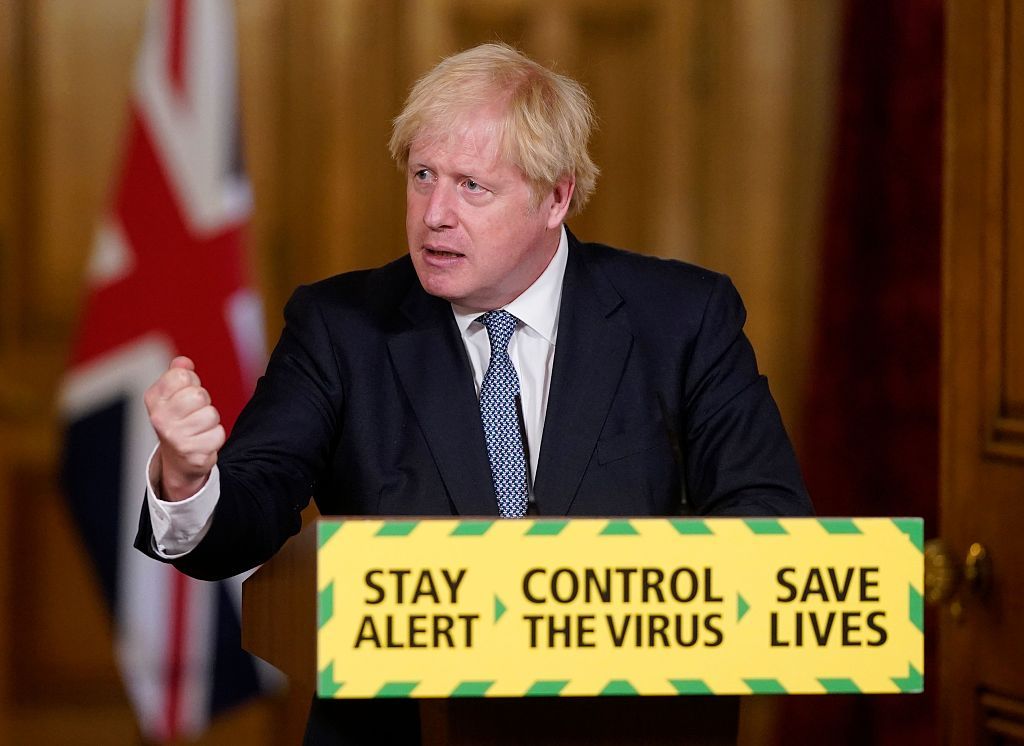 The announcement means no fans will be allowed from Saturday at the horse racing in Goodwood as well as the Crucible Theatre for the World Snooker Championships.

Fans who bought tickets for Friday's sessions of the World Snooker Championship in Sheffield were allowed to attend but tickets bought from the weekend onwards can either be transferred to 2021 or refunded.

The decision to allow limited spectators inside of the arena has been controversial among snooker players, as 49-year-old Anthony Hamilton, who has asthma, withdrew from the Championship due to health fears, while former world No. 1 Ronnie O'Sullivan said organizers were treating players like "lab rats."

A number of countries in Europe, including the UK, Spain and Germany, have seen an uptick of COVID-19 cases in recent weeks, raising concerns that a second wave of the deadly virus could sow yet more turmoil.