Andriy Yarmolenko and Roman Yaremchuk both scored again at the European Championship in Ukraine’s 2-1 victory over North Macedonia. 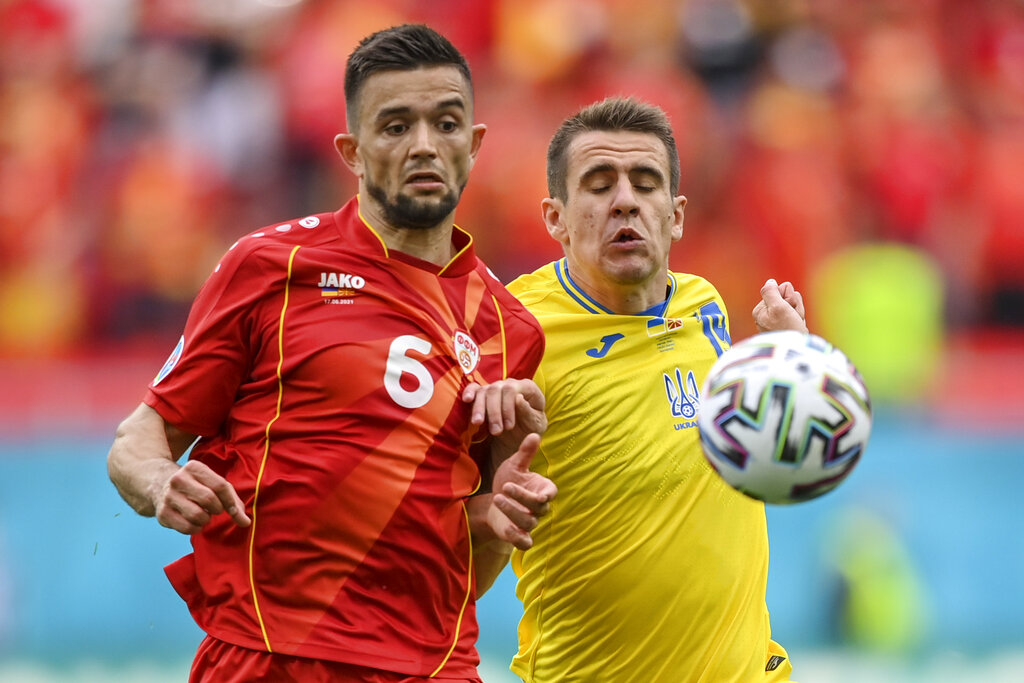 The two forwards also scored in the 3-2 loss to the Netherlands in the team’s opening match at Euro 2020.

Yarmolenko scored from close range in 29th minute after Oleksandr Karavaev’s flick from a corner. He then released Yaremchuk on the right flank five minutes later to double the lead with a low shot past onrushing goalkeeper Stole Dimitrievski.

Ezgjan Alioski got the only goal for North Macedonia in 57th minute when he scored on a rebound after goalkeeper Georgiy blocked his penalty shot.

Malinovskyi later had a penalty saved on the other end.

Ukraine now has three points in Group C while North Macedonia has zero.