US Open tennis tournament to allow 100% fan capacity in 2021

The U.S. Open tennis tournament will allow 100% spectator capacity throughout its entire two weeks in 2021, a year after spectators were banned from the event because of the coronavirus pandemic. 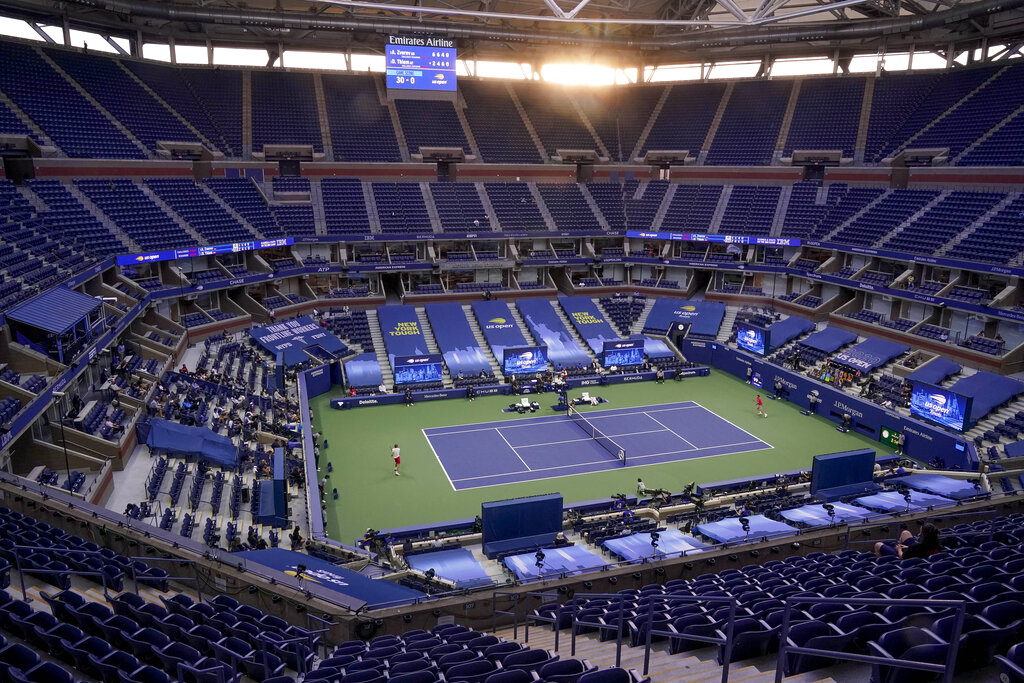 In this Sept. 13, 2020, file photo, Alexander Zverev, left, of Germany, returns a shot to Dominic Thiem, of Austria, during the men's singles final of the U.S. (Photo: AP)

The U.S. Tennis Association announced Thursday that all tickets for courts and grounds passes will go on sale in July.

The year’s last Grand Slam tournament is scheduled to be held at Flushing Meadows in New York from Aug. 30 to Sept. 12.

The USTA's decision to return to its usual number of people on-site is the latest step in a return to normal for New York — and for fans of various sports — as the world emerges from more than a year of COVID-19 restrictions.

On Tuesday, New York Gov. Andrew Cuomo said many of the state's remaining social distancing rules would be eased because 70% of its adults have received at least one dose of a coronavirus vaccine.

The New York Mets announced Wednesday they will return to full capacity next week. A sellout crowd of 52,078 attended a baseball game at Dodger Stadium in Los Angeles on Tuesday night. The Indianapolis 500 on May 30 sold around 135,000 tickets, which is 40% of capacity at Indianapolis Motor Speedway.

For tennis, the U.S. Open will be the first Grand Slam tournament to have full attendance since the Australian Open in January-February 2020 — shortly before the coronavirus outbreak turned into a full-blown pandemic.

The USTA held the 2020 U.S. Open with no spectators at all, significantly altering the atmosphere and the competitive conditions at an event where raucous crowds are a part of the scenery, especially during night sessions at 23,771-seat Arthur Ashe Stadium.

The recently concluded French Open let more than 5,000 spectators into the Roland Garros grounds each day during Week 1, and that rose to more than 13,000 people by the end. The main stadium, Court Philippe Chatrier, was limited to 5,000 fans — about a third of capacity — for the singles finals last weekend.

The All England Club and British government announced this week that Centre Court would be filled at 50% capacity when Wimbledon starts on June 28, with that rising to 100% by the women’s and men’s singles finals on the closing weekend of July 10-11.

Wimbledon was canceled completely in 2020 because of the pandemic, the first time since 1945 that tournament wasn’t held.