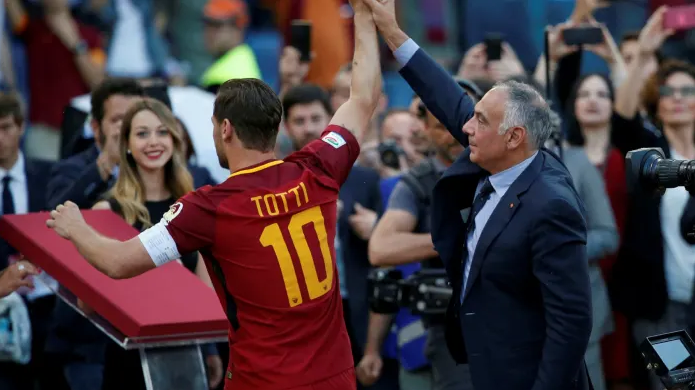 US billionaire Dan Friedkin on Monday promised to turn Roma into "one of the greatest names in world football" after completing his 591 million euro ($700 million) purchase of the Italian club.

Friedkin, 54, takes over the Serie A side after nine years under the ownership of fellow American James Pallotta, 62.

"We are delighted to join the AS Roma family," said Friedkin.

"As one fan wrote recently, 'Take our iconic club and make it one of the greatest names in world football.'

"We intend to do just that."

Houston-based Friedkin is the chief executive of a consortium notably involved in the automotive and hotel and entertainment industries.

The Friedkin Group has, through Romulus and Remus Investments LLC, purchased the 86.6 percent majority stake in Roma, and will launch a mandatory tender offer for the remaining 13.4 percent of share capital, the club said in a statement.

Friedkin takes over from Pallotta as club chairman, in a new executive committee which includes his son Ryan, with Guido Fienga remaining on as CEO.

But the Boston-based ­businessman had been ­unpopular among Roma fans for his rare appearances in Italy and his handling of player transfers and the departures of club legends Francesco Totti and Daniele de Rossi, who were both pushed out of the club.

Roma have had recurring financial difficulties and been sanctioned by European ­football's governing body UEFA for breaches of financial fair play.

As a result the club are very active in the transfer market, regularly selling off their best players, to the chagrin of fans.

Pallotta's great project had been the construction of a new stadium in the south of the capital which was delayed because of legal and bureaucratic issues, and remains at the planning stage.

The high-point of Pallotta's reign was the club's sensational Champions League 3-0 second-leg comeback in 2018 to beat Barcelona, before losing to Liverpool in the semifinals.

The club won their third Serie A title in 2001, but have not lifted any silverware since the Italian Cup in 2008.

This season they finished fifth, missing out on elite European competition for the second year in a row.