SPORTS US Women’s Open in Houston postponed until December

US Women’s Open in Houston postponed until December 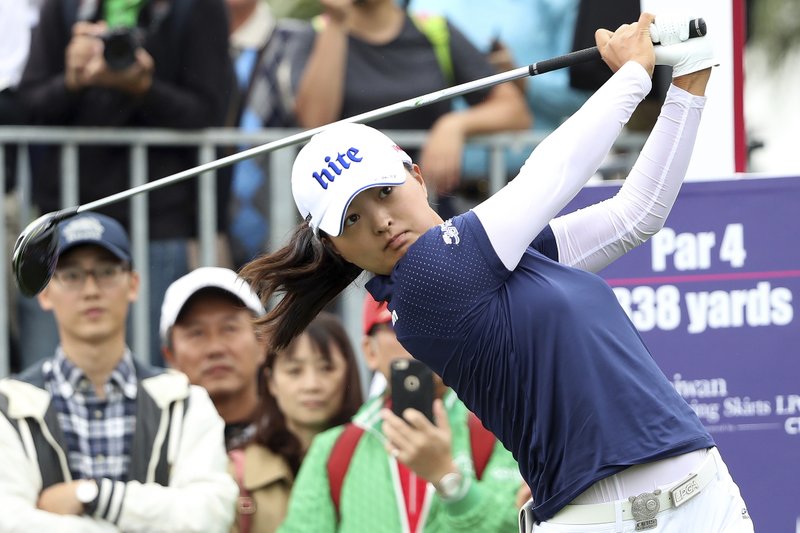 Jin Young Ko of South Korea watches her tee shot on the first hole during the first round of the Taiwan Swinging Skirts LPGA tournament at the Miramar Golf Country Club in New Taipei City, Taiwan in Oct. 2019. (File photo: AP)

The US Women’s Open in Houston is now scheduled for two weeks before Christmas. The LPGA Tour pushed back the resumption of its schedule until the middle of June and found slots for three tournaments that have been postponed.

Commissioner Mike Whan keeps looking at the calendar at a dwindling number of dates and trying to figure out how it will fall into place, missing one key piece of information brought on by the spread of the new coronavirus.

“Not knowing when our restart button gets pushed,” Whan said Friday.

That was delayed by a month with a chain of events that began with the US Women’s Open announcing it would move from June 4-7 at Champions Golf Club to Dec. 10-13, the latest a major championship has ever been played. The 1929 PGA Championship ended on Dec. 7 in Los Angeles.

The last time an official LPGA Tour event was played entirely in December was the LPGA Tour Championship in 2010. And there could be more.

It’s not as simple as finding open dates and filling them with tournaments. Whan said if a major -- the KPMG Women’s PGA Championship outside Philadelphia is next up and still on the schedule for June 25-28 -- that would take priority. Of the four events cleared from the schedule Friday, only the Pure Silk Championship at Kingsmill in Virginia will not be reschedule, instead returning in 2021.

The Women’s Open is the second LPGA major to be reschedule. The ANA Inspiration in the California desert was to be played this week and now is set for Sept. 10-13

Mike Davis, the CEO of the USGA, said the move couldn’t have happened without collaboration with the LPGA Tour and Fox Sports, its broadcast partner which has NFL games during December.

“Our priority remains ensuring the safety of all involved with the US Women’s Open, while still providing the world’s best players the opportunity to compete this year,” Davis said.

But it will require some adjustments.

The US Women’s Open was to play all 72 holes on the Cypress Creek course at Champions, the course that hosted the 1969 US Open and most recently the 2003 Tour Championship on the PGA Tour.

Because of limited daylight in December, and with the USGA wanting to have a full field for its premier women’s event, the opening two rounds would be played on Cypress Creek and the Jackrabbit course.

Still to be determined are dates and golf courses to be used for qualifying.

Whan said Davis asked him how he felt about having the Women’s Open in December, and that the USGA would be using two courses at Champions.

“I knew that was expensive for them, gracious of Champions, though it was in our best interest,” Whan said.

As for the LPGA Tour, the next event on the schedule now is the Walmart NW Arkansas Championship on June 19-21, the week before the Women’s PGA at Aronimink. Still unknown is whether that’s feasible, especially with perhaps the most global sports league that has prominent members stretched around the world. Whan said even if it were healthy to resume, with or without fans, he would not want to start unless at least 75% of his players were willing or able (travel) to compete.

“If we don’t play golf in the summer, a wraparound (season) becomes a real option,” Whan said.

Meanwhile, the Pelican Women’s Championship, a new event in Florida, moves from May 14-17 to Nov. 12-15; the ShopRite LPGA Classic in Atlantic City, New Jersey, moves from May 29-31 to July 31-Aug. 2; and the Meijer Classic in Michigan, which was to be played June 11-14, moves to a date not yet determined. The Kia Classic in the San Diego area, among the first to be postponed, moves from March 26-29 to Sept. 24-27.

That leaves five open weeks leading to Christmas, excluding Thanksgiving. The CME Group Tour Championship is the traditional finale, with $1.5 million going to the winner. That also could move now that the US Women’s Open is set for Dec. 10-13.