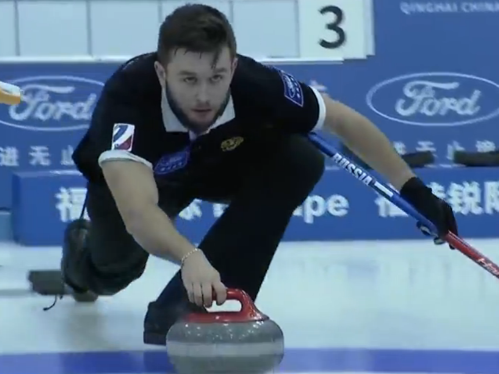 XINING, China, Dec.10 (Xinhua) -- The United States and Russia were crowned winners respectively in the men's and women's standings at 2019 Qinghai International Curling Elite after winning their finals here on Tuesday.

The two finalists entered the last end with a tie at 4-4. But the U.S. seized the final-rock advantage and won the one point that secured their victory at the Elite.

In the women's final, Russia edged South Korea 6-4 to claim the gold. The two sides had a tough game, with the scores tied at 4-4 going into the final end. But South Korea failed to seize their hammer advantage on the eighth end and handed their victory to their opponents.

In the third-place matches, Switzerland beat China to earn a spot on the podium. The Chinese earned three points after the second end to secure a strong start. But the Swiss overturned the deficit after neutralizing China's hammer advantage in the fourth and fifth end. The hosts went down fighting but were finally pipped 7-5.

The 2019 Qinghai International Curling Elite was held at the Chinese Duoba National Plateau Sports Training Base and featured 16 teams from 10 countries and regions competing over the past week.