SYDNEY, Oct. 1 (Xinhua) -- The United States claimed its fourth FIBA World Cup title in a row after an 83-61 victory over China in the final here on Saturday. 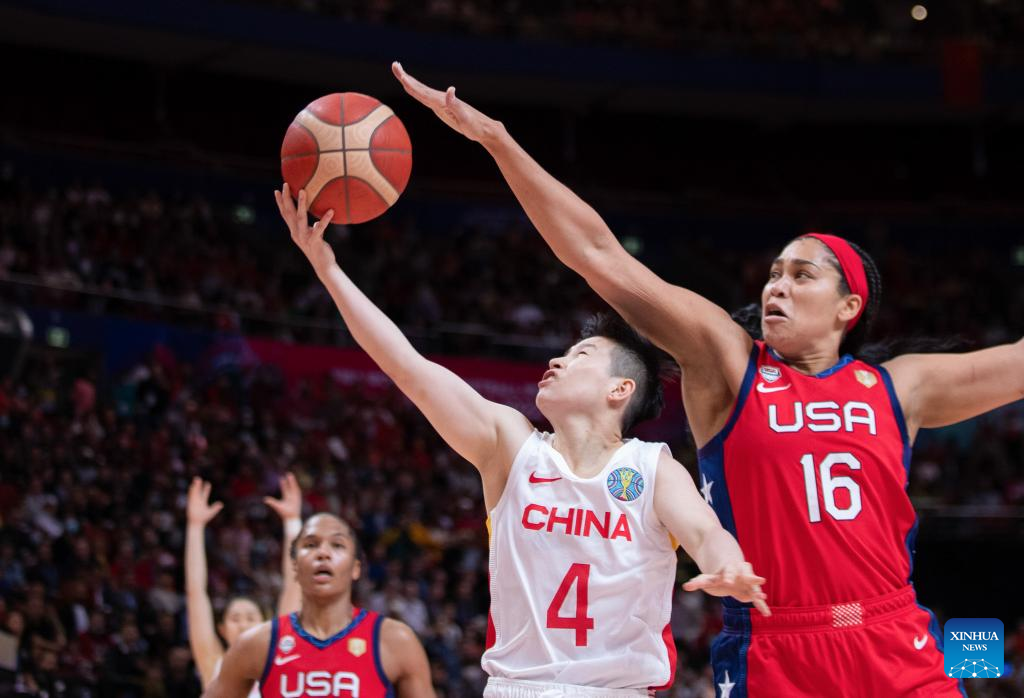 Li Yuan (2nd R) of China vies with Brionna Jones of the United States during their final at the FIBA Women's Basketball World Cup 2022 in Sydney, Australia, Oct 1, 2022. (Photo: Xinhua)

Despite the defeat, the Chinese team has already tied its best record at the quadrennial tournament. It also finished runner-up at the formerly known FIBA World Championship for Women in 1994.
Earlier in the group stage, China lost to the United States 77-63.
With leading scorer Li Meng still sidelined for the final, China got a huge help in the first quarter from Wang Siyu and Li Yueru, who combined for all 13 points during the stretch, and trailed by five points at the quarter's end.
Wu Tongtong swept China's first nine points in the second period, but a more balanced USA gradually took the upper hand with different players hitting the scoreboard.
Kelsey Plum converted a four-point play in transition, and Ariel Atkins earned the United States its first double-digit advantage at 29-18 with 6:16 to play with a shot beyond the arc. Following Han Xu's consecutive shots in the paint, Jin Weina, not a regular face in rotation during the group stage, hit a late step-back 3-pointer to help China pull within to 33-43 at halftime.
As both sides put more energy in defense, the first three minutes after the intermission saw only two points scored from the United States, who outscored China 25-14 to extend its advantage to 21 points going into the final 10 minutes and never looked back.
Li Yueru led China with 19 points and 12 rebounds. Wu Tongtong scored 13 points before being helped off the court with a leg injury. Wang Siyu added 11.
Four American players scored in double figures, led by A'ja Wilson's 19. Plum helped with 17 points.
Earlier on Saturday, 41-year-old center Lauren Jackson contributed 30 points and seven rebounds as host Australia crushed Canada 95-65 to settle for a bronze.