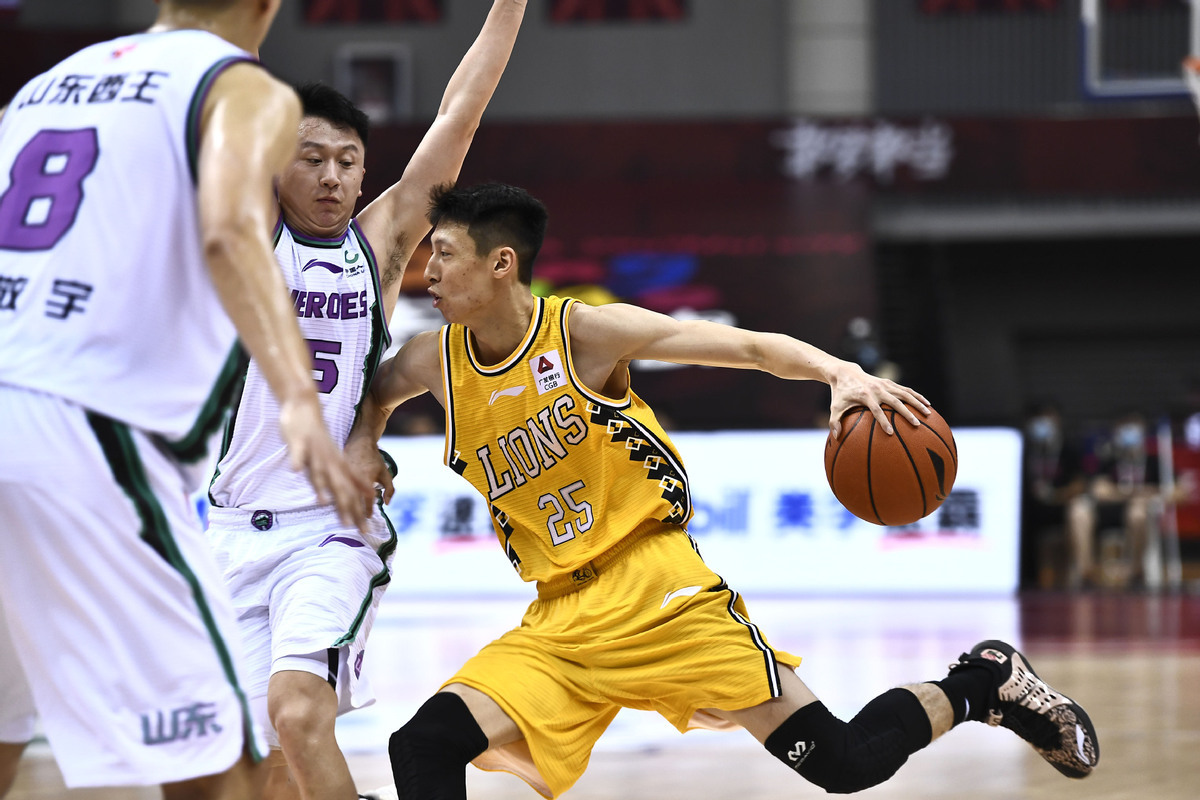 Players of Zhejiang Lions and Shandong Heroes battle it out in Qingdao, Shandong province, on July 9, 2020. (Photo: Xinhua)

QINGDAO, China -- After trouncing the Shandong Heroes 100-84 here on Thursday, the Zhejiang Lions have clinched a berth in the 2019-20 Chinese Basketball Association (CBA) playoffs.

A back-and-forth first half ended 42-42. Zhejiang was never able to build a lead of over three points, partly due to its failure to contain Shandong point guard Chen Peidong, who went head-to-head with Chinese international Sun Minghui, and put up the highest 15 points before the interval.

The turning point came six minutes into the third quarter when Shandong's starting center Tao Hanlin committed his fifth foul along with a technical foul, and Shandong suffered in both offense and defense after Tao's disqualification.

In the dying minutes of the third, Zhejiang enlarged its advantage to over 10 points for the first time, leading 77-59 into the final quarter, which turned out to be garbage time.

"We played well in the third quarter, containing the opponents with our typical defense," said Zhejiang head coach Li Chunjiang at the post-game news conference.

Hu Jinqiu finished a double-double for Zhejiang, with a game-high 22 points and 11 rebounds. Chen Peidong led Shandong in points with a season-high 21 points.

Wang Ruheng tore his thigh muscle during the game, adding another blow to short-handed Shandong, which had put its first-choice point guard Zhang Qingpeng on the bench since the season's resumption.

"We have little choice when it comes to point guard. Our young players are inexperienced compared to the guards from other teams," said Shandong coach Gong Xiaobin, adding that it is still unclear whether Wang will play again this season.

Zhejiang will play against the Sichuan Blue Whales on Saturday, while Shandong take on the Liaoning Flying Leopards on the same day.

"Our journey has not ended yet with six games to go in the regular season," Li said when being asked about his anticipation after Zhejiang making into the playoffs. "We will take nothing for granted and be prepared before every game."