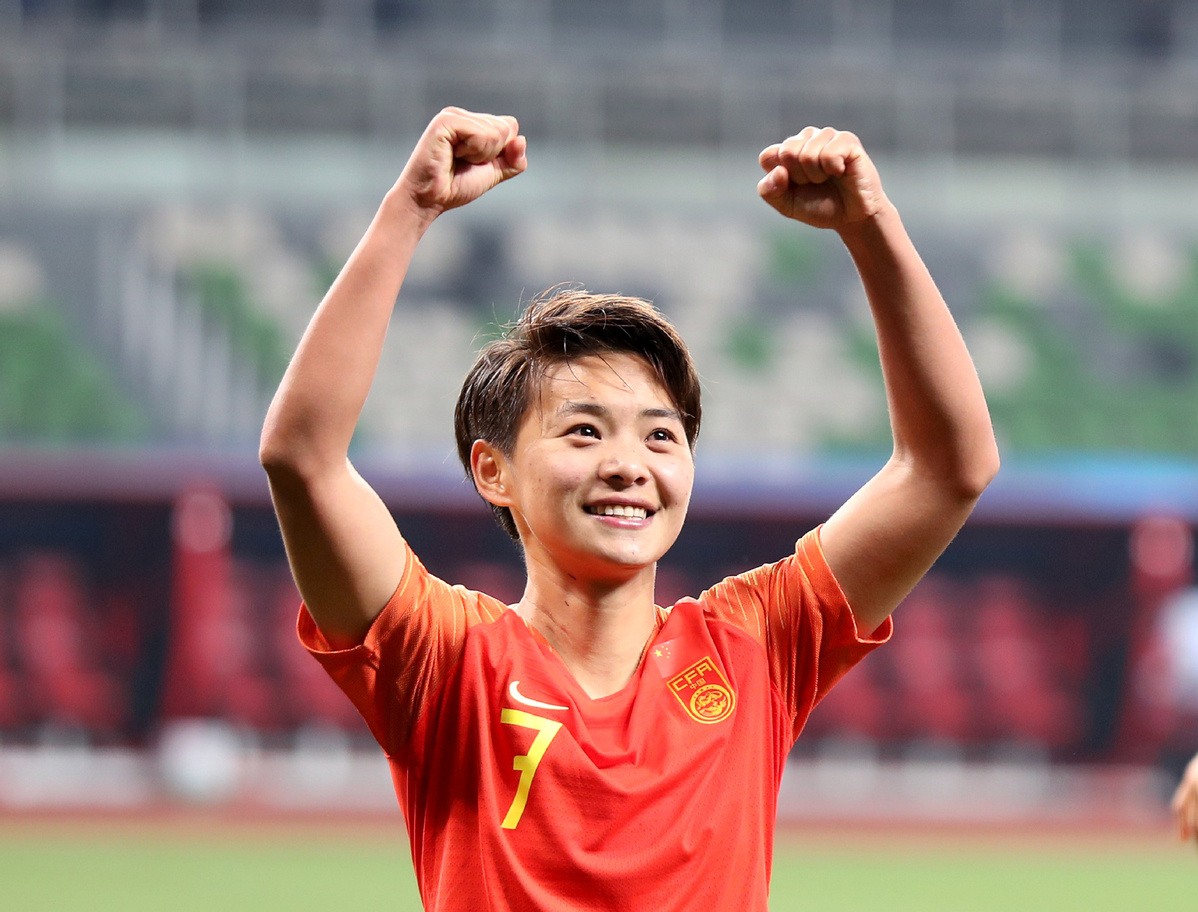 But even for 'Lady Messi', Chinese women's soccer is still deserving of a lot more exposure.

"It's cruel, but it's only through international events that you get proper exposure. Because the media coverage of women's soccer is very limited and there are not usually too many spectators in the stands," Wang told China Central Television in a recent interview.

"So when you have the chance to stand on the international stage in front of more people, you have a much stronger will to win and the sense of honor to represent your country. So you need to cherish the chance.

"I really hope the media can focus more on women's soccer and let more people know about the 'Steel Roses'. All of our players cherish each chance to play for the national team.

"It's a chance to show everyone that female players are super fit, healthy, positive and beautiful. I believe we will make a breakthrough in Tokyo and boost our profile."

"At the end of the match, I cried. It was the ultimate test of physical endurance. We had to push to the very last second to break our rival. The 130 days of training we had really stood to us－we were running 10 kilometers at each session. It was tough for us and our knees hurt, but all of us kept going.

"We knew we wouldn't be able to catch up with others if we stopped or skipped training to rest. We knew we couldn't stop and needed to keep going."

Wang became a household name in 2018 when she joined European giant Paris Saint-Germain. However, after a year in Europe, she cut short her contract to return to the Chinese Women's Super League.

"There's no doubt, there were many fans for me in the stands when I played for PSG. That was a glamorous period of my life. But I also realized that I needed more time with the national team to help the Steel Roses become stronger.

"It's not enough for me to improve only myself. I couldn't help the growth of the national team at that time. I didn't want to continue playing there and feel I was losing the fun."

Wang's recent goals were extra special for her after she missed a chunk of the qualification campaign in early 2020 when she was locked down in her native Wuhan due to the COVID-19 outbreak.

"At that time I could only watch our team's matches on TV, with sweaty palms. I would jump up cheering and yelling when we scored," recalled Wang.

"After I rejoined the national team, it was tough for us when the playoff kept being postponed over and over again. Just when we felt we had reached our peak condition and had the strongest will to compete, we would receive news of the playoff's postponement. It was such a pain for us."