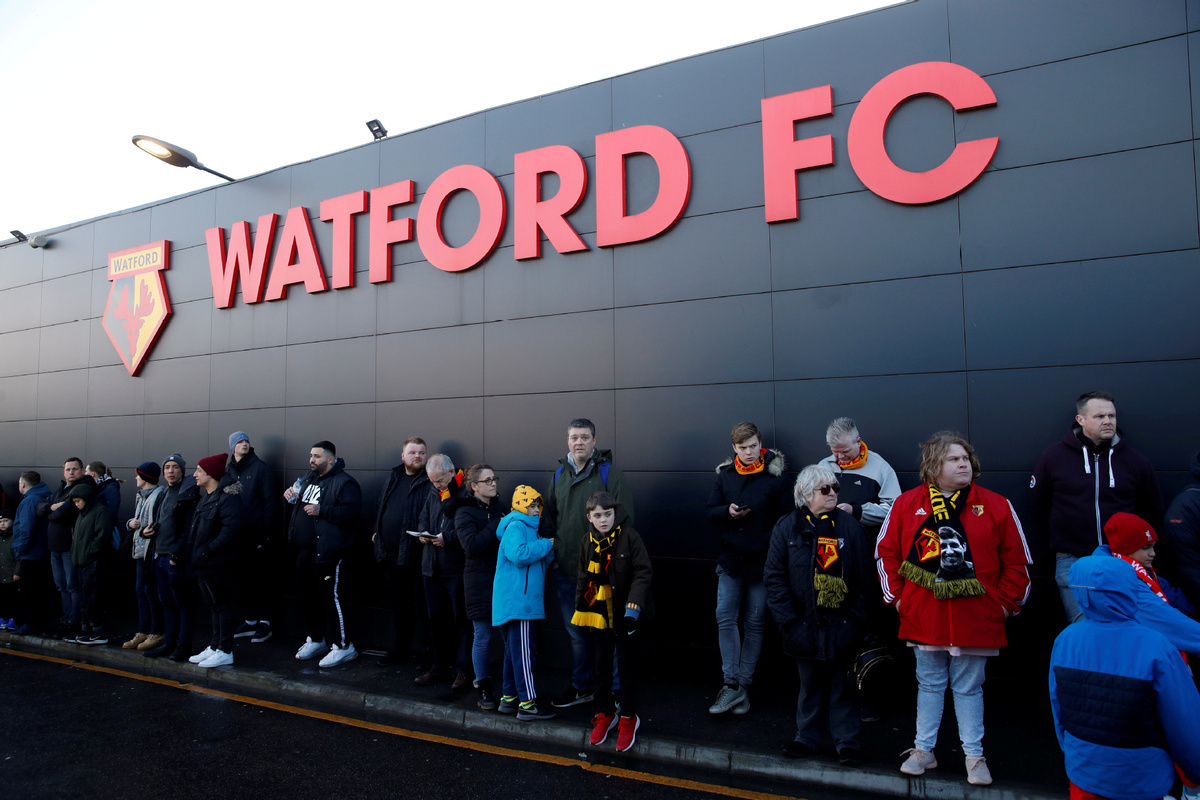 General view outside the stadium before a match between Watford and Liverpool in Watford, Britain, Feb 29, 2020.

At a meeting of Premier League shareholders last Friday, the 20 clubs were told that 8-10 stadiums would be chosen as neutral venues if the season restarts in June as expected. But Brighton and Aston Villa, both in the bottom half of the standings, soon expressed their unwillingness towards the proposal.

In a statement released on Saturday, Duxbury made his view clear by saying that the idea "could end a small club like Watford's time in the Premier League".

"I, of course, absolutely accept we cannot have supporters in the stadium. That goes without saying in the present situation.

"However, we are now told we cannot play our remaining home games at Vicarage Road and the familiarity and advantage that brings. This against a backdrop of players who, having seen their lives turned upside down along with the rest of the world, are suddenly expected to perform as if nothing has happened, despite the rest of society probably still facing the kind of restrictions unenforceable on a football pitch."

Duxbury said: "when at least six clubs -- and I suspect more -- are concerned about the clear downside and the devastating effects of playing in this kind of distorted nine-game mini-league, then I believe the Premier League has a duty of care to address those concerns."

He believed that if German Bundesliga which will return on May 16 could keep home and away fixtures for the remaining season, the Premier League could also find a way to implement all the proposals without the need to use neutral venues.

The Premier League will hold a meeting on Monday.