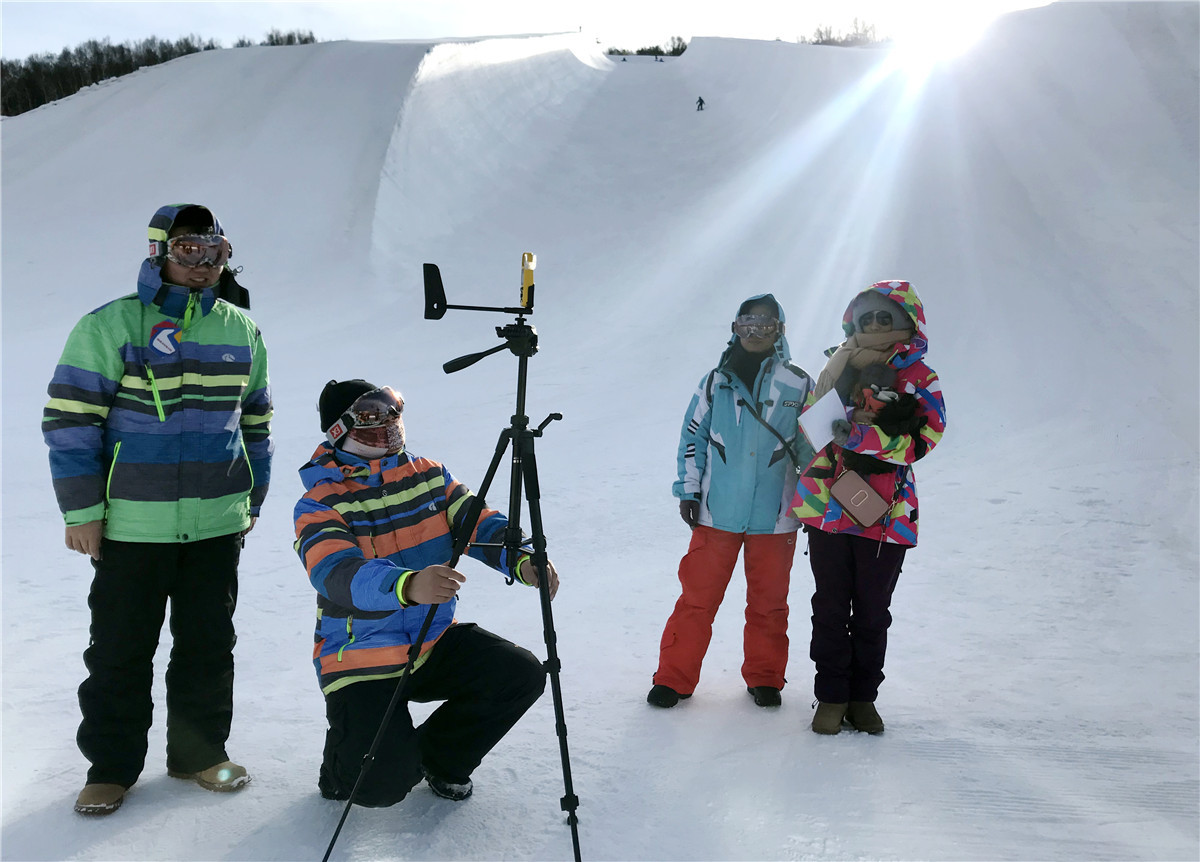 A 36-strong team is training to provide coaches and athletes with unparalleled climate informa-tion at the 2022 Games. Li Hongyang reports.

When the 2022 Winter Olympic Games begin, Beijing will become the first city to host both the summer and winter competitions.

The 2015 announcement that the Chinese capital and Zhangjiakou, in neighboring Hebei province, had been awarded the event presented many new challenges to the organizing team.

That was especially true for those responsible for providing weather forecasts in the mountains, where conditions are notoriously difficult to predict.

The weather will be a critical element in snow-based events, as major factors such as wind and temperature can sometimes dictate whether a competition will be delayed, postponed or even canceled.

In December 2017, Li Zongtao, a weather forecaster from Shijiazhuang, Hebei's capital, joined a training program held every winter in Zhangjiakou, northwest of Beijing, to prepare for the 2022 Games.

Zhangjiakou will host most of the snow-based competitions, including snowboarding, cross-country skiing and ski jumping, while other events will be held in central Beijing and the suburb of Yanqing.

The day he and 16 other forecasters arrived in Zhangjiakou, Li put on a pair of skis for the first time and took part in a training session. The then-33-year-old hadn't expected skiing to be an important skill for a Winter Games forecaster.

As the training progressed, Li discovered other things he would need to study, such as the unfamiliar weather patterns in the mountains. He also realized that he would have to improve his English skills.

"Training in all these skills is aimed at improving the accuracy of our forecasts day by day and guaranteeing a good service in 2022," he said.

In 2018, more forecasters joined the team, bringing the number of members to 36. The forecasters, who had an average age of 33 and had been recruited from meteorological services nationwide, were the standout performers during the selection process.