SPORTS Will there be new teams making the NBA playoffs in Orlando?

Will there be new teams making the NBA playoffs in Orlando? 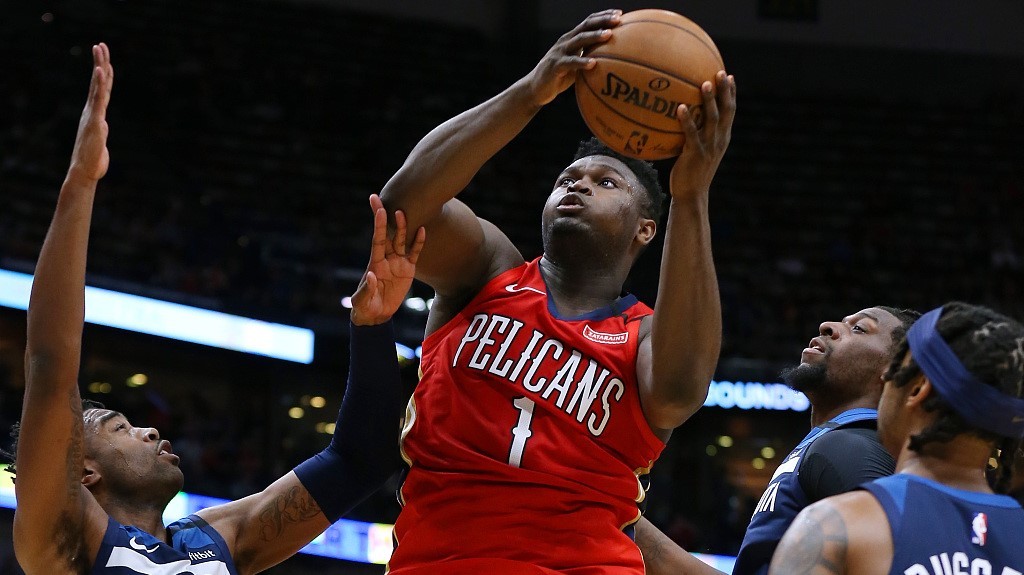 Zion Williamson #1 of the New Orleans Pelicans drives towards the rim in the game against the Minnesota Timberwolves at the Smoothie King Center in New Orleans, Louisiana, March 3, 2020. (Photos: VCG)

The NBA board of governors on Thursday voted to approve the restarting plan for the 2019-20 season. Twenty-two teams, 13 from the West and nine from the East, will go to the Disney World Resort in Orlando to finish the regular season and the playoffs, starting from July 31.

According to ESPN, the final vote was 29-1, and only the Portland Trail Blazers voted against the plan.

The 13 Western teams are: (No. 1 to No. 8) the Los Angeles Lakers, the Los Angeles Clippers, the Denver Nuggets, the Utah Jazz, the Oklahoma City Thunder, the Houston Rockets, the Dallas Mavericks, the Memphis Grizzlies, (No. 9 to No. 13) the Portland Trail Blazers, the New Orleans Pelicans, the Sacramento Kings, the San Antonio Spurs and the Phoenix Suns.

The nine Eastern teams are: (No. 1 to No. 8) the Milwaukee Bucks, the Toronto Raptors, the Boston Celtics, the Miami Heat, the Indiana Pacers, the Philadelphia 76ers, the Brooklyn Net, the Orlando Magic, and (No. 9) the Washington Wizards. 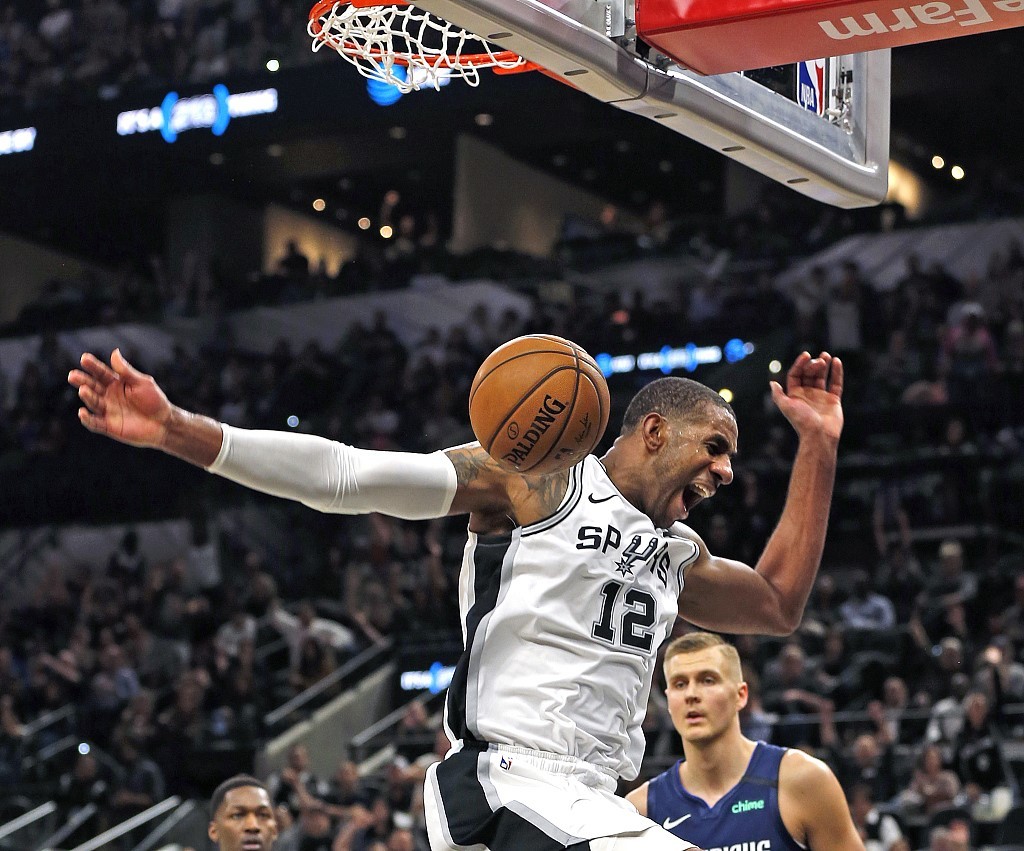 LaMarcus Aldridge #12 of the San Antonio Spurs reacts after dunking in the game against the Dallas Mavericks at the AT&T Center in San Antonio, Texas, March 10, 2020.

From July 31, each team will finish eight regular-season games in 16 days and go through at least one back-to-back fixture. After all the regular season games are finished, if the No. 8 team lead the No. 9 team in the same conference by fewer than four games, a play-in tournament will happen between the two teams to decide which one can make the playoffs. The No. 9 seeds must claim two straight wins for playoff qualification while the No. 8 seeds only need one victory to knock the opponents out.

That will complicate things, especially in the Western Conference. The Spurs, which currently trail the No. 8 Grizzlies by four games, will meet the Nuggets (twice), the Jazz (twice), the Pelicans (twice), the Grizzlies, and the Kings. Judging by the franchise strength and season record, the Spurs are probably the least hopeful for the playoffs. 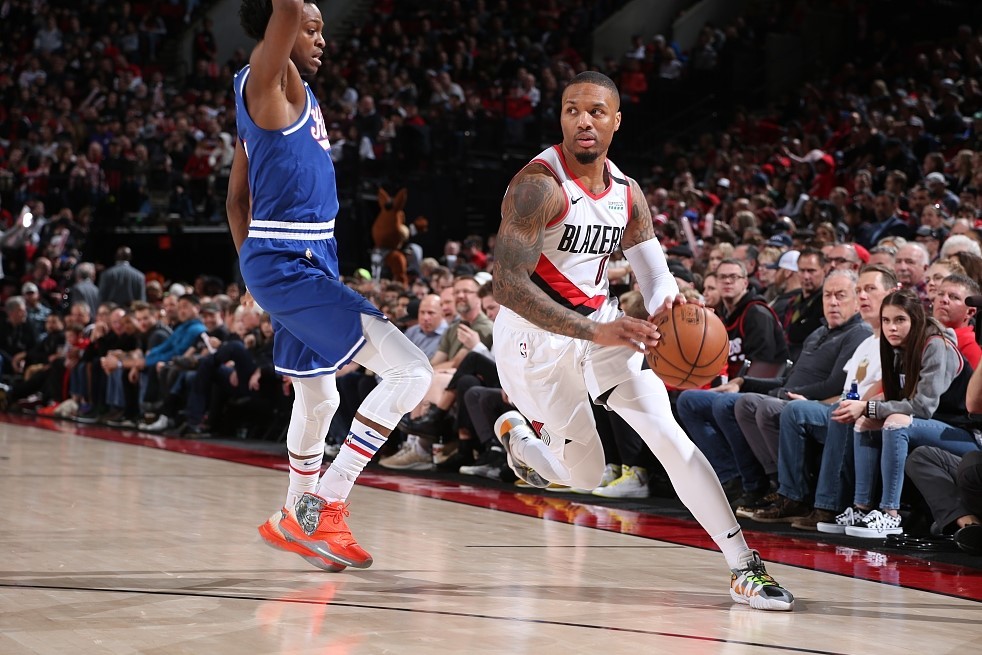 Damian Lillard #0 of the Portland Trail Blazers tries to penetrate in the game against the Sacramento Kings at the Moda Center Arena in Portland, Oregon, March 7, 2020.

The Suns do not have much to expect, either. Their opponents in Orlando include two top 4 teams – the Clippers and the Heat, four top 8 teams – the Mavericks (twice), the Pacers, the 76ers, and the Thunder. The Suns' total record with them were 2-7, which is not easy to feel confident about. Besides, the team's six-game trail behind the No. 8 seed is too large to narrow in eight games.

The other three teams, the Trail Blazers, the Pelicans and the Kings all trail by 3.5 games behind the Grizzlies. The Trail Blazers have the strongest franchise led by Damian Lillard and C.J. McCollum, but they will meet the top 4 teams three times (the Celtics, the Jazz, and the Nuggets). By contrast, the Kings will only meet one of the top 4 teams (the Clippers) once in their last game.

The Pelicans will play against other competitors the most (four times). The two games with between this team and Kings will play a major role in deciding who can battle the Grizzlies in for a playoff spot. The NBA introduced this format in restarting the season understandably to give Williamson a chance to make the playoffs and the schedule gives him a fair chance to fight for it. 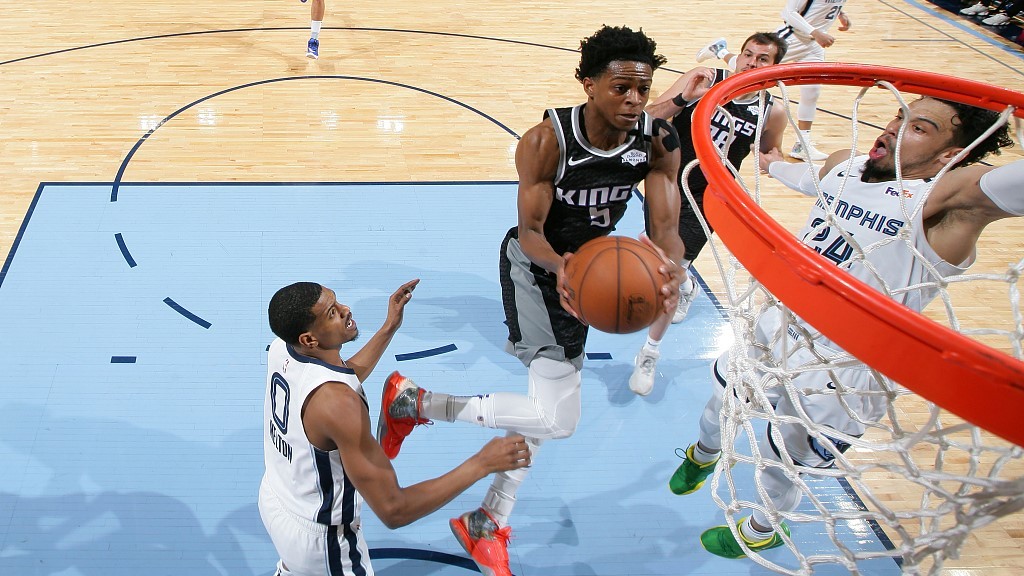 De'Aaron Fox #5 of the Sacramento Kings drives towards the rim in the game against the Memphis Grizzlies at the FedExForum in Memphis, Tennessee, February 28, 2020.

Things are much clearer in the East. The Wizards don't stand a chance because they will meet the Bucks (No. 1 in the East) and the Celtics (No. 3 in the East) both twice. Three of the other four opponents of theirs are the Thunder, the 76ers and the Nets, all-conference top 7 teams. Don't forget, the Wizards also trail the No. 8 Magic by 5.5 games.

Other released key dates include that of the draft lottery on August 25, the NBA Draft on October 15, and the opener of the 2020-21 season on December 1. According to ESPN, the free agency market may begin on October 18.